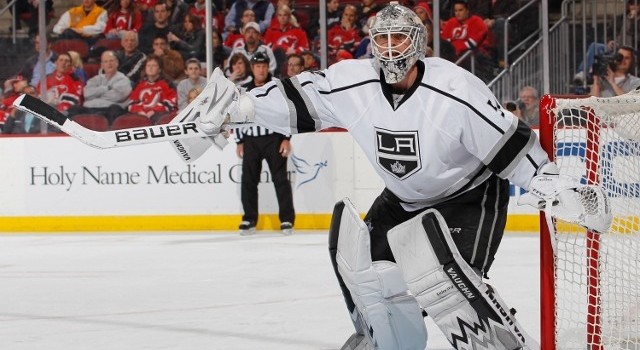 Goalie update – Sutter : 'Scrivens was a little dinged up and he didn't feel right in warmup' mystery solved #maybe

Prior to that information being revealed, we chatted with Ben Scrivens about his interpretation of the events leading up to Martin Jones earning the start, and he was diplomatic in his responses.

Scrivens, on whether he expected to be the starting goalie Saturday:
I don’t know. I don’t want to speculate too much or tip any hands. Whoever plays, that’s the coach’s decision, and I’ll leave it at that. [Reporter: Did he ever tell you that you were going to be starting yesterday?] The important thing is Jonesy played, and he played extremely well. That should be a bigger story. The guy got his first shutout and played extremely well for the team. That’s the important thing to come out of last night.

Scrivens, on when he knew he found out he wouldn’t start:
Again, stuff happens over the course of the day…It was coach’s decision and Jonesy played extremely well, and as a team we got two points. That’s the important thing. That’s the only thing I’m focused on. [Reporter: Sometimes when there’s a late switch sometimes somebody is hurt.] I mean, I feel good, skated today.