If international competition excites you – and I’m not talking Human Development Index here – the next seven months represent a high point of sports fandom.

The World Junior Championships are approaching and will be followed by February’s Winter Olympics and next June’s World Cup. The official LAKI position towards these tournaments is that the blog remains fiercely neutral in all competitions that don’t make me chant U-S-A U-S-A from my couch.

In regards to World Juniors, a pair of Kings prospects will look to earn the opportunity to represent their countries in the tournament that kicks off on December 26 in Malmo, Sweden.

Looking to represent the United States is Hudson Fasching, one of Los Angeles’ fourth round draft picks at the 2013 NHL Entry Draft. Fasching, an 18-year-old freshman at the University of Minnesota, has 14 points (6-8=14) in his first 14 college games, and was recently projected as a candidate to earn a depth role by Chris Peters of The United States of Hockey. Peters also gave Fasching a strong review following his performance at the United States’ summer evaluation camp.

When the preliminary roster was announced, The United States of Hockey profiled Fasching.

Fasching is probably best around the net with the puck on his stick. He’s a hard guy to get it away from because of his 6-2, 200-pound frame. Additionally, his hand skills look to be improving as he has a little more control with the puck and has development some strong distribution skills. Fasching probably could slot in safely on Team USA’s third line and provide some energy and scoring depth. I don’t see him as a big producer this year, but he’ll help. How far he has come over the last year is pretty remarkable. LA was lucky he fell to 118th last draft.

Looking to defend its gold medal, the United States will be coached by Don Lucia, who also coaches Fasching at Minnesota. 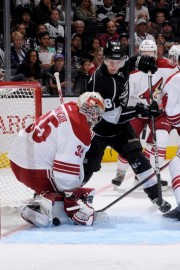 Valentin Zykov has also been named to Russia’s preliminary roster. Considering he has followed up his 40-goal, 17-year-old season with 13 goals and 32 points through 27 games with the first-place Baie-Comeau Drakkar and has previously represented Russia in the U-17 Hockey Challenge (he was ineligible to play in U-18s last year due to Baie-Comeau’s postseason success), the 18-year-old should be seen as a near-lock to make the cut and participate in his first World Junior Championships. 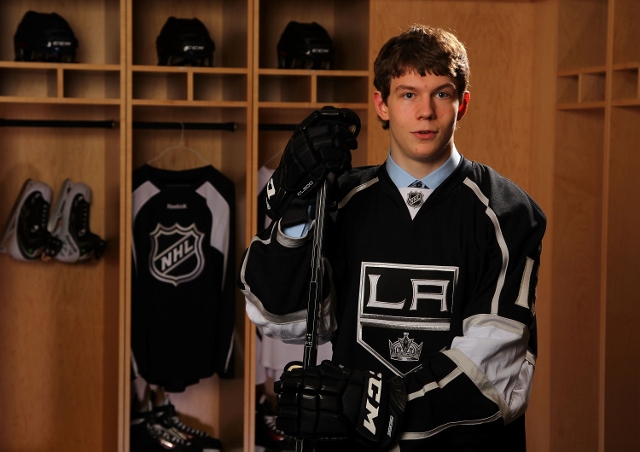