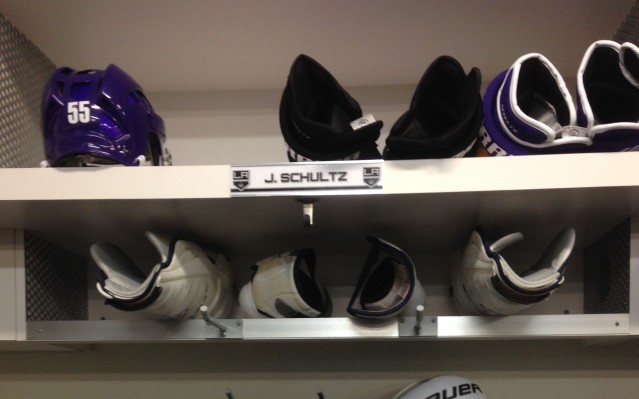 As detailed in the banner photo and announced in John Hoven’s tweet, Jeff Schultz is on his way to rejoining Los Angeles Kings. No official roster move has been announced.

Schultz, signed to a one-year, $700,000 contract in July, had one goal, two points and an even rating in 23 games with the Manchester Monarchs. The 6-foot-6, 27-year-old defenseman posted a three-goal, 23-point, plus-50 season with the Washington Capitals in 2009-10, his most productive NHL campaign. Selected 27th overall by Washington in 2004, Schultz had three assists in 26 games a season ago.

As previously noted, the Kings were likely to make a move to add an extra defenseman. The defensive corps was reduced to six healthy skaters when Matt Greene was placed on injured reserve, and Schultz’s recall could be a precautionary maneuver due to Robyn Regehr leaving last night’s game briefly towards the end of the first period with what appeared to be an arm or an upper-body injury. Regehr returned to action and logged 16:26 in the 3-2 win over St. Louis.

Left wing Tanner Pearson was not on the ice this morning, and did not have a designated locker in the team’s room, so it appears he will be a part of the impending roster move. In six games, Pearson had one goal and a minus-1 rating while averaging 10:06 of ice time.

News and confirmation on the impending roster move will be posted here.

UPDATE, 12:01 p.m.: The move is official. Schultz has been recalled, and Pearson has been reassigned. 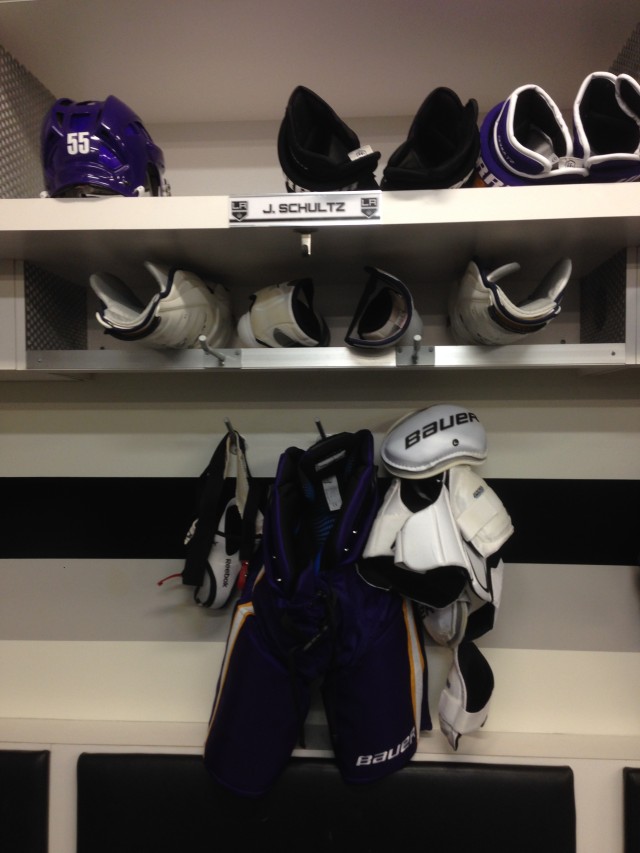