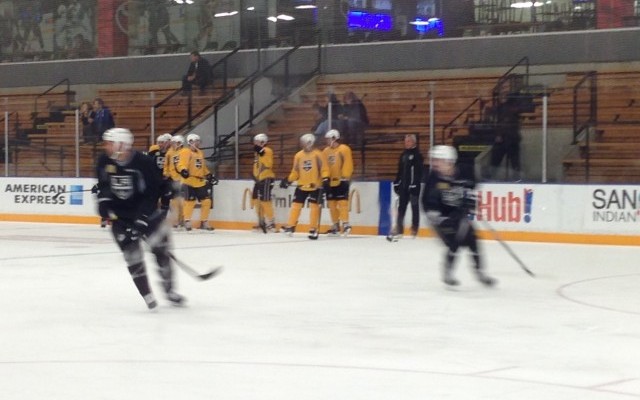 “It’s nice,” Carter said. “I mean, we didn’t really do a lot, so it’s just another day of skating, basically.”

“It’s fun. As I said, it was a long week when everybody was away, so it was nice to get them back in town. It’s just another step, getting on the ice with them.”

Carter (foot) and Clifford (upper-body) had been placed on injured reserve, while Nolan (undisclosed) had remained on the team’s active roster after getting dinged up while issuing a heavy hit on Peter Harrold behind New Jersey’s net during a game in Newark one week ago.

After returning to the ice in a limited capacity earlier this week, Carter and Clifford were deemed “day-to-day” by Darryl Sutter after Thursday’s morning skate.

That label was reiterated on Friday. “It’s day-to-day now. It’s not week-to-week,” he said.

“Jeff joined practice today, so he’s still a ways away,” Sutter said, while noting that the possibility of him playing against Colorado Saturday night was “doubtful.”

The designation also applied to Clifford and Nolan.

“Basically because of games, I’ve just been taking the game lineup, and then other guys are skating on the sides, so now they can get back into the group.”

Nolan remains on the active roster, while Clifford and Carter remain on injured reserve.

Speaking in regards to Clifford’s status, the coach noted that “IR is week to week.” 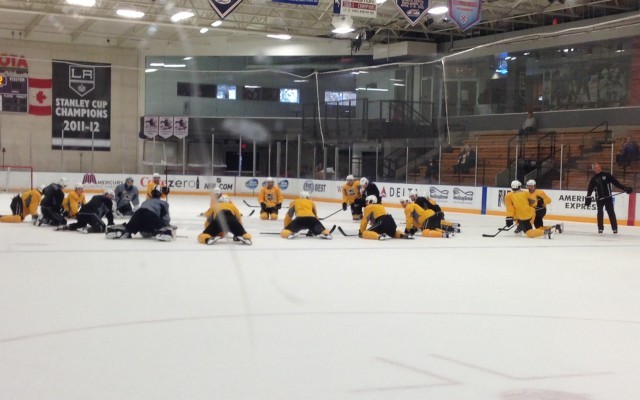