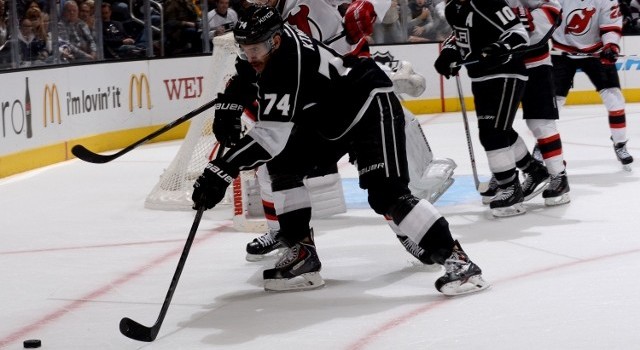 On whether the Kings recorded enough shots from close range:
I think we had lots. [Reporter: Just a hot goalie in Schneider?] You have to finish the deal, right? Tough to score. They have the best goaltending in the league over there. We just witnessed it last week.

On what he thought of three-on-three overtime:
I was hoping we’d score. Hey, we had lots of chances. That’s what happens when Kopi and Drew [are together]. Three-on-three, I would think that your best players should be out there. I don’t think it’s something that’s as good as four-on-four, but it’s better than a shootout.

On whether the players were getting frustrated with the lack of scoring:
No. [Reporter: Do teams generally not look at that stuff?] I’m not really sure. I mean, I’m not ‘29 other teams.’ [Reporter: No, I mean, players in general. Do you look up at the shot clock and see it? Do you notice when it’s real lopsided?] In my mind I know what the scoring chances are, so I don’t put a whole lot into [it]. First off, guys who [record] shots are just take, take, take take, ‘Oh, missed that one,’ take, take. Sometimes it’s right, sometimes it’s wrong. Tonight it was right…Finish the deal.