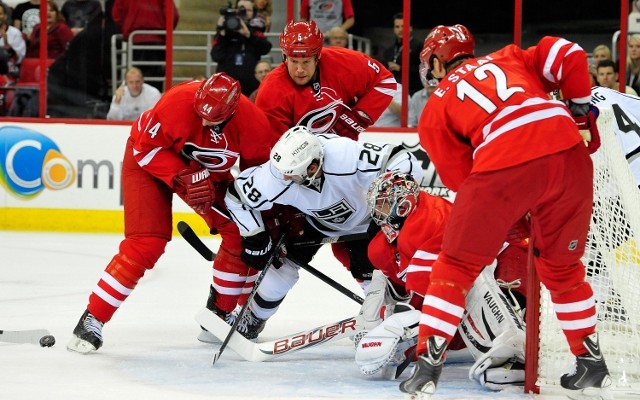 Darryl Sutter spoke with the media following today’s practice at Toyota Sports Center and offered updates on Jarret Stoll and Jeff Carter. Carter was placed on injured reserve Friday morning, while Stoll took two early second period shifts in Saturday’s 4-3 loss to the Nashville Predators and did not return.

On whether Stoll’s injury stemmed from a “pre-existing condition:
“Yeah, nagging. Both of those guys – Carter too. His foot. Better to take care of it now, really, with the way our schedule is.”

The Kings don’t play again until Thursday’s home game against the Buffalo Sabres. Other than the Christmas break and the Olympic break, it is the only time this season that they will have four full days between games. Monday is a scheduled day off for the team.