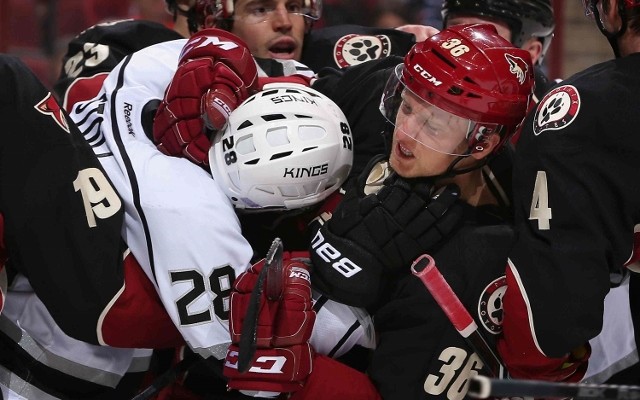 -The Kings conceded a power play goal for the fourth consecutive game. They are 13-for-19 while shorthanded over that span.

-Kings opponents have received at least four power plays for six consecutive games. Los Angeles has been assessed 63 minor penalties this season, which ties them with Winnipeg for the most in the league.

-Jake Muzzin blocked a team-high three shots in 18:24 of ice time. He took four shots on goal and had three shots blocked.

-Drew Doughty led the team with seven shots on goal.

The Kings are scheduled to report to Toyota Sports Center at 11:00 a.m. on Wednesday. The rest of the day’s practice schedule prior to the home game against San Jose will be determined on site.