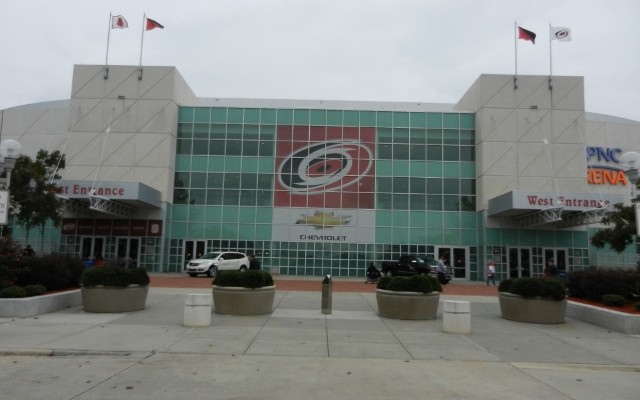 PNC Arena, home of the Carolina Hurricanes since 1999, opened the same year as Staples Center. The only problem? The Hurricanes had moved from Hartford two years prior. For the 1997-98 and 1998-99 seasons, the Hurricanes practiced in the area but played their home games in the cavernous Greensboro Coliseum, an hour and a half to the west. Hockey fervor didn’t pick up in the area until the ‘Canes appeared in the 2002 Stanley Cup Final and reached its peak when Lord Stanley called Raleigh home in 2006.

The arena is also used by NC State basketball, and across the parking lot sits Carter-Finley Stadium, home of the Wolfpack football team. PNC Arena – formerly known as RBC Arena and Raleigh Entertainment & Sports Arena – is a large arena that seats 18,680 for hockey and a shade under 20,000 for basketball. NC State’s Men’s Basketball program has been quite liberal in its “honored jerseys,” with 22 jersey-banners hanging from the rafters. The Wolfpack won the NCAA tournament in 1974 and 1983. 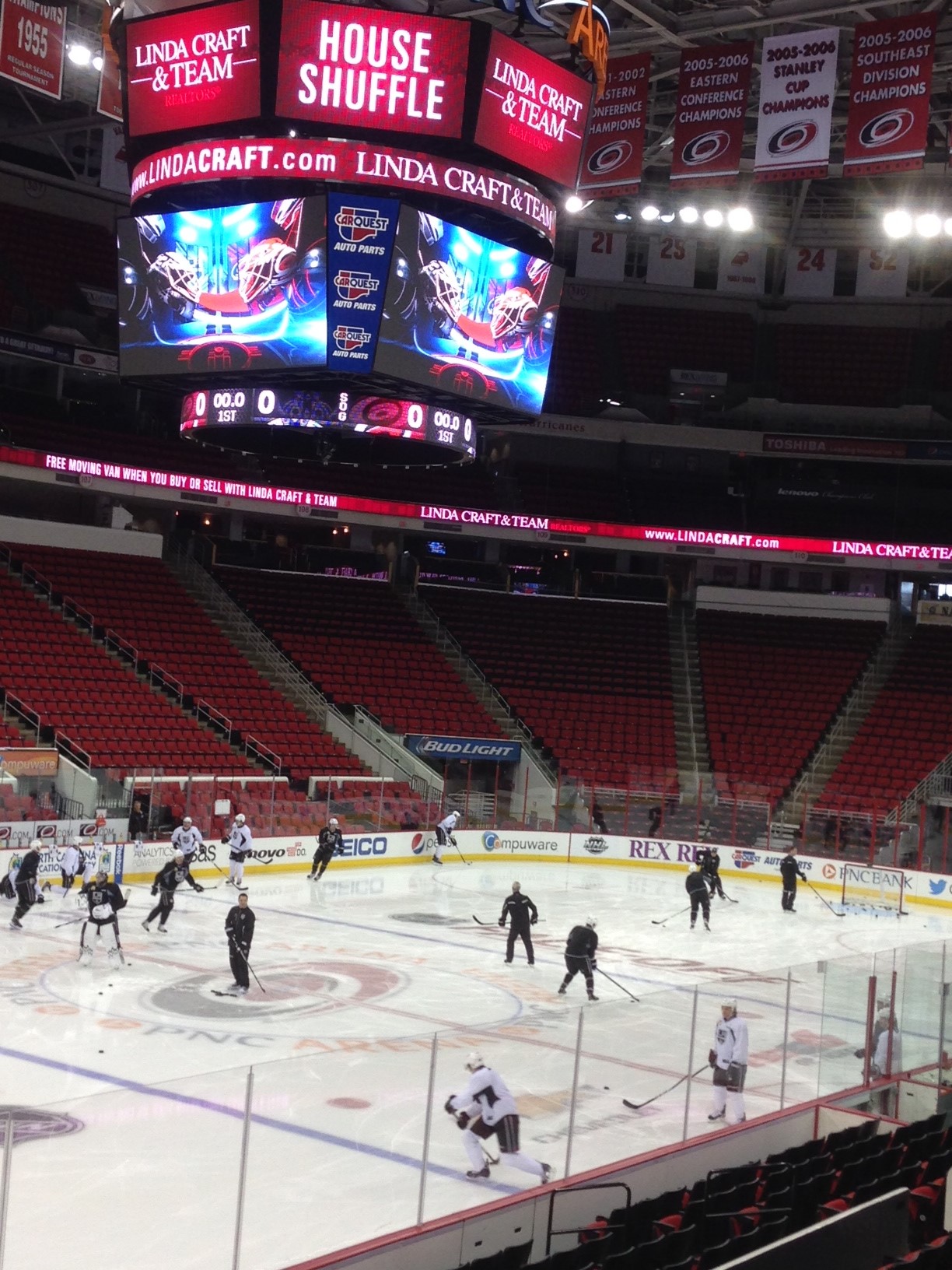 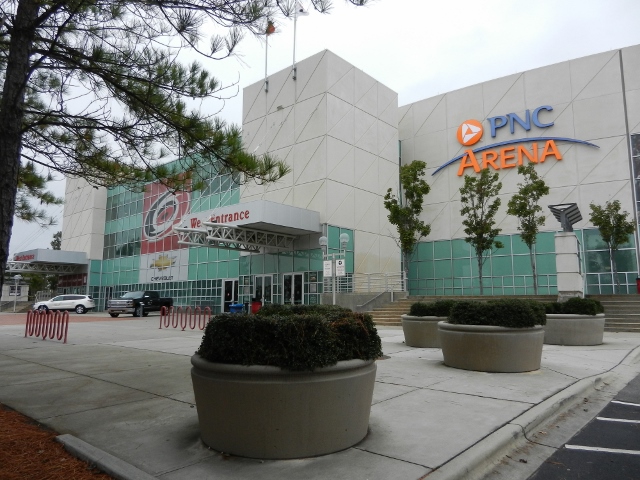 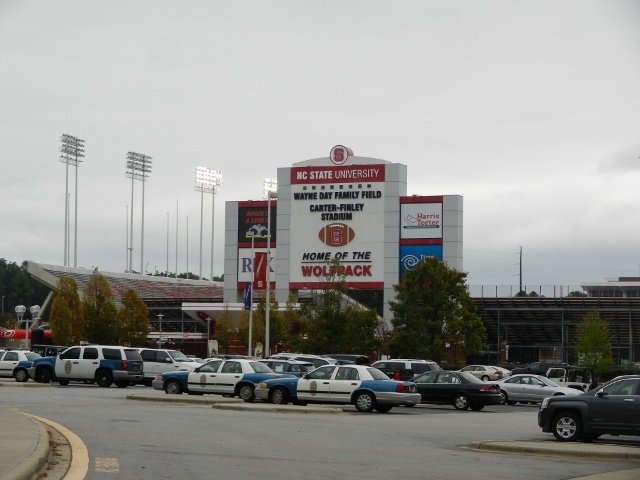 There were already quite a few barbecues going when the media bus rolled in at 5:00 p.m.: 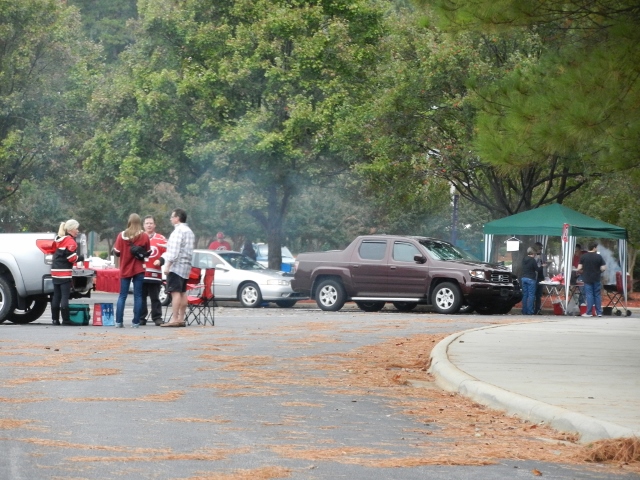 The team hangs Hartford Whalers team photos in the pressbox: 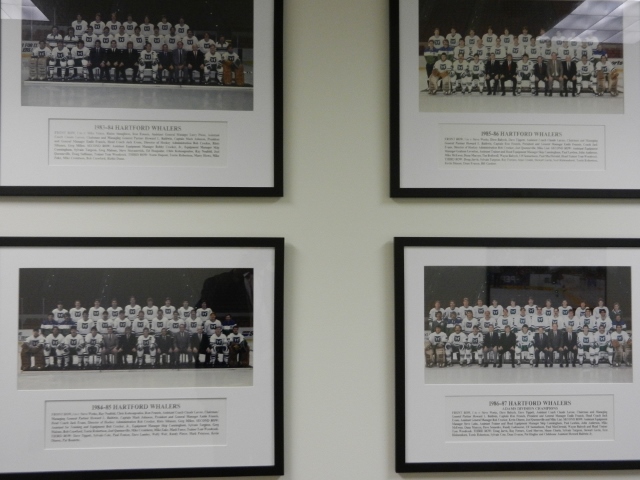