Brown: “Today has been my best day by far”; will start season on third line 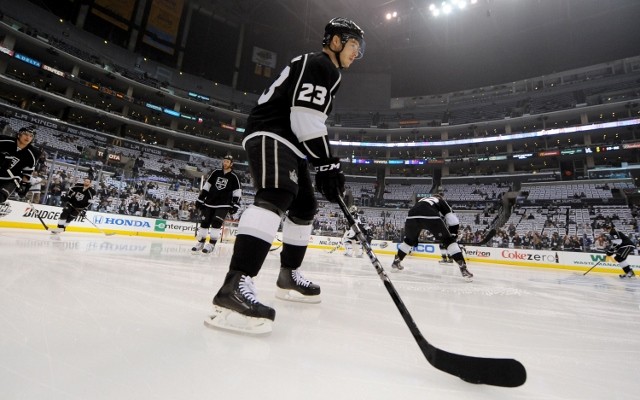 Dustin Brown appears ready to open the season on the third line despite his claim that Tuesday’s skate was his best day of practice since suffering a hamstring injury on the first day of training camp.

“I wanted to get a preseason game in just to get my body that shock of the physical wear and tear that a season or a game will bring, just to wake my body up a bit,” he said. “The last two, three days of practice, just pushing it for me and getting myself ready, I feel better every day. Today has been my best day by far. I’m starting to feel more comfortable with the speed of the game.”

“My conditioning, I’m not that worried about. I actually felt pretty good in the game. It was more the skill work, the wall work, the timing of plays, and that’s where repetition and practice really helps us.”

His familiar spot in the lineup opposite Justin Williams on a line centered by Anze Kopitar will be filled by Dwight King, who posted three points (1-2=3) and a plus-3 rating in four preseason games.

It’s a spot that King earned – even if it may be a temporary placement while Brown readjusts to the pace of regular season NHL hockey.

“Well, Dwight King was arguably the best player in training camp, so he gets to play with Anze Kopitar, who is our best player. Clear. That’s what training camp’s for,” Darryl Sutter said. “I know how everybody outside falls in love with numbers and names, but it’s based on performance. Dwight King – he was our best left wing in training camp. He gets to play with Kopitar. Frattin we’ve tried to move. The only constant we had at training camp was Frattin, Richards and Carter. We’re giving Frattin the opportunity to play with Mike and Jeff, clearly. We’re not going to split Mike and Jeff up. So clearly that’s a situation. And then we gave guys an opportunity to play with Stoll and Lewis in preseason, and they didn’t take it. So that’s where Brownie will go in. He didn’t play, so that’s where he goes in, and let the fourth line guys – that’s how they played in training camp, so let them fight over it. You can’t play four guys on your fourth line. You can only play three.”

The reference of players not being able to stick with Jarret Stoll and Trevor Lewis could be a less-than-stellar verdict of Kyle Clifford’s training camp. Clifford saw the majority of his preseason minutes alongside the two.

Sutter also referenced King’s preseason scoring output as a reason why he has stood out through the preseason.

“I think his offensive opportunities, if you just base it on numbers, are better,” he said. “Percentages. The game’s still about percentages.”

Dustin Brown, on what he takes from the final days of practice before the season:
Early on, it’s just about the details of the game, and as an individual, doing the right things – stops and starts and that sort of thing. I mean, that’s kind of what the preseason is for. It’s different when you’re playing for points. You need all those little details in the individual game, and from a standpoint if you’re doing those little things individually, man-to-man, it makes for a better team game.

Brown, on the continuity within the team’s core:
I think it’s a good job by management in bringing the right pieces in that kind of click together. And then also, the responsibility of the players. It kind of goes to the culture around here has changed, and it’s not necessarily Darryl or Dean having to hold us accountable. We’ve gotten to that point in the growth of this team that we’re holding each other accountable. I think that goes a long way in the chemistry part of it. [Reporter: It’s not like you guys have to show up at camp and sort out the roles. That must make it easier to get through all that.] Not only the role part, but the familiarity with each other. We’re not trying to meet new faces. Obviously there’s a couple of new faces every year sprinkled in, but I remember my first couple years we had 10, 12 new guys every year. It’s hard to kind of grow that relationship. And on the flipside of this, we’ve had I don’t know how many guys that are still here from when we won together, and that goes a long way in the other direction. 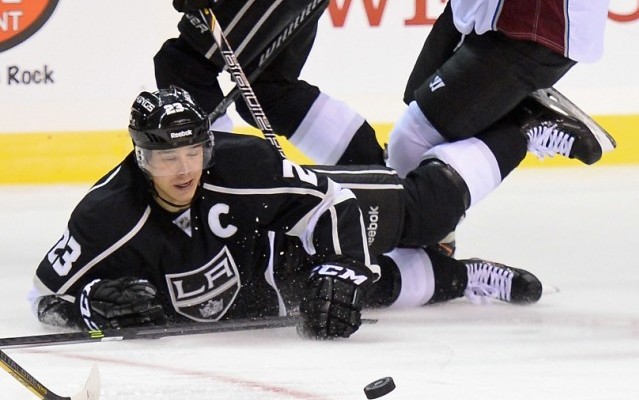