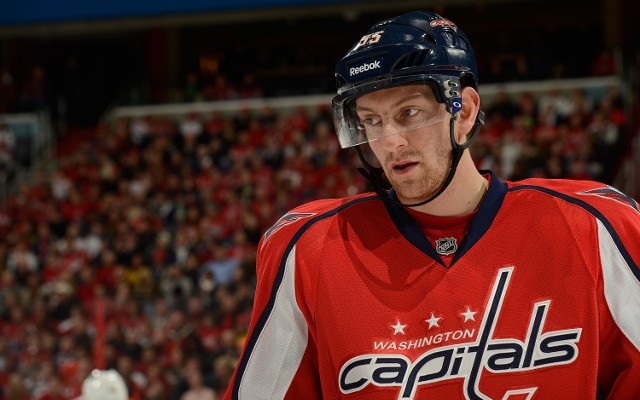 Jeff Schultz has never played a game in the Western Conference – or one game in his career against a Darryl Sutter-coached team.

Yet the Kings coach professes to be well acquainted with the 6-foot-6, 230 pound defenseman vying for a spot on the Los Angeles Kings’ blue line.

Schultz, 27, played for the WHL’s Calgary Hitmen from 2002-06, which meant that he completed his junior stint at the exact time Sutter was behind the bench of the Calgary Flames, the Saddledome’s principal tenant. After Flames practices had concluded, Sutter would observe the Hitmen’s skate “every day,” as he said on Saturday.

One can only learn so much from practice, which means that Sutter and the Kings will get their first in-game look at Schultz tonight at Jobing.com Arena in Glendale, Arizona, where the Kings will visit the Phoenix Coyotes in a split-squad game. The Coyotes also travel to Los Angeles to face the Kings at Staples Center.

“Big difference between what I had done in the past couple years, and what they do here,” Schultz said. “So it might take me a little bit of time to get used to it, but it’s just part of the learning process of going to a new team.”

Part of that learning process has been asking questions to reduce that comfort gap between him and his teammates, many of whom have spent their entire careers in the west.

“I think I try that mindset that there are no dumb questions right now. It’s all part of the whole learning process,” Scultz said. “If I do have a question, John and Davis are there to help me out.”

“I think he’s asking a lot of questions about how we play, and that’s a good thing. I think we have a lot of that same type of guy, and again, that’s going to be how they play. If the season started tomorrow, we have nine healthy defensemen. You can’t have nine. You can only play six. How’s he been? Hey, we’ve had two days,” Sutter said on Friday.

“Game evaluation is where it’s going to boil down to. He’s got to get used to how we play X and O’s. Big difference coming east conference to west conference. We’ve seen it a lot. The guy’s very seldom played against a lot of these players, so that’s a big adjustment.”

Schultz signed a one-year, $700,000 contract with Los Angeles on the first day of free agency after receiving offers from several teams. He role in Washington diminished during a 2012-13 season in which he appeared in 26 of 48 games but did not appear in any playoff games during the Capitals’ seven-game series loss to the New York Rangers. The Washington Post reported in May that Schultz had requested a trade earlier in the year; the team had used a compliance buyout on the defenseman the week that he signed with Los Angeles.

Perhaps a fresh start in the Western Conference is exactly what the still-young defenseman who led the NHL with a plus-50 rating as part of a 23-point (3-20=23) campaign in 2009-10 needs.

“LA seemed like the best chance for me to fit in,” said Schultz. “To come to a team that’s won it all, and to know what it takes, it’s a great honor. They’ve got a great group of guys in the locker room here, and I’m just trying to fit in.”

He joins a defense with healthy competition. Including Andrew Bodnarchuk, there are 10 players with NHL experience vying for a role on the Kings blue line, and Sutter almost appeared to hint on Saturday that the team would be leaning towards opening the season with eight defensemen. Because tough decisions will be made, expect Schultz – and Ellerby, and Jake Muzzin, and Alec Martinez – to draw a regular shift throughout the preseason.

“What it’s about, I don’t want anyone to say in three weeks, ‘Well, you didn’t give me a chance.’…Really, they’re young guys, and those guys – Keaton, Marty, Schultzy, Muzz – I think they’re all NHL players, but we’re not the only team, and…we’re trying to get better. We’re trying to win.”