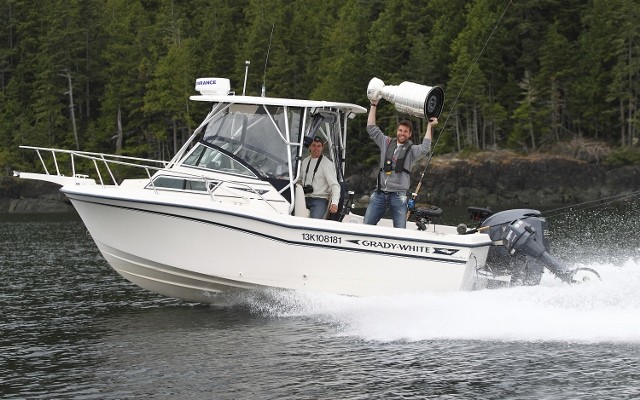 Though the Kings hockey operations provided occasional updates on Willie Mitchell’s status a season ago, there wasn’t much gained from Mitchell’s camp, other than several videos the veteran defenseman posted on the internet that depicted him skating as he attempted to rehabilitate inflammation in his knee that required a pair of surgeries. At Hockey Fest on Sunday, Mitchell spoke in a media scrum for the first time since his surgeries and answered many of the questions that had arisen over the previous nine months.

With Rob Scuderi’s departure for Pittsburgh via free agency, the importance of Mitchell’s return from a year-long absence has been highlighted. Because Mitchell has experience playing with Slava Voynov – Scuderi’s defensive partner last season – there’s an opening for him in a role he had been comfortable with in the past.

On whether he had lost hope during any point in the rehabilitation process:
No, I’ve had a much harder journey than this one. I had eight, nine months where I had a concussion and you’re just worried about life, not just a knee. You don’t have your brain, you don’t have anything. You tell your brain to talk, it talks. Your body talks, you tell it to do anything, it does it. That’s much more severe, and so I think that…gave me perspective. At the end of the day, I just didn’t want to leave anything on the table, so I just really committed myself to staying here all summer and working with these people and skating and doing that to give myself the best shot. Fortunately, things went really, really well. I’m just happy to be back and play hockey. That’s what I love to do. I wasn’t ready to not play again, and I’m really excited to help the mates.

On whether his knee is back to normal, and whether he has to wear a brace:
No, I’m not wearing a brace or anything like that. I’m not going to go out and do a hundred box jumps right now or anything like that. It’s not that I feel it or anything on the ice. I started skating – there was still a little bit there. But now I’m at a point where I don’t feel a thing on the ice. Like I said, it wasn’t major pain, anyways, when I had my setback. It was more just dumping a lot of inflammation into the knee, and when the inflammation comes, then the pain comes. So I have none of that now, and because of that, it’s full speed ahead.

On watching the team last year, and his impressions of Slava Voynov’s emergence:
It was tough. Quite honest with you – to be totally honest, I’ve had these chats with anybody who’s asked me about it – is certain sections I’d watch the game for a little bit and then turn the TV off, go downstairs because I knew I wasn’t coming back, and you take the one thing that you’re the most passionate about in your life, and you’ve got to sit there and watch it, watch everyone do it, it’s torture. So sometimes you’ve got to get yourself away from it. There’s day the TV went off, there’s days I watched. But, yeah, seeing Slava and the success, and seeing him emerge – obviously we had a really good year together when we made the run – and just seeing him continue with that, and I think what happens as coaches, your teammates get confidence in your abilities and who you are as a person and a player, and then the wind kind of gets at your back, and he plays with that confidence. Yeah, it was a lot of fun to see that. And just because he’s such a good guy. He’s not your typical Russian in the sense that he speaks fairly good English and engages and interacts. He might drink his Russian vodka.

On his recent conversations with Dean Lombardi:
He’s excited. Excited that I’m back. I’ve had a lot of conversations with him. I’ve been here all summer, and everyone who knows Dean, he likes to have conversations and he’s around the office 24/7. So I’ve had lots of conversations. I just think that he’s no different than me. He’s really happy and excited, I know that. I think he’s a little more excited this time because I guess in the past I was trying to come back, and he was excited and thought I was going to be there, and then my knee would blow up. I guess early on in the summer he was cautiously optimistic. And I’d say now he’s more optimistic and more happy to see me out there scrimmaging and doing those things that I normally do.

On any previous criticism from Lombardi:
Dean wants to win. I understand that. I want to win. I think when you’re on the other side of the fence, I think as a general manager, coach, et cetera, you want to push your players as much as you can, and if someone’s on the line, or something like that, sometimes maybe you feel like you need to push a little bit to get them over the line to get them out. I think at that point in time, maybe Dean didn’t understand the significance of what was going on, and even myself for that matter as far as the inflammation in my knee and all that. So I think after I went in and went out and saw the doctors I did see and then having to go back and have another procedure after seeing those doctors, I think that gave him some significance to why I wasn’t able to be there and give him a little bit more understanding with that. And then, yeah, business as usual.

On whether any criticism prompted him to post videos of his skating:
I just wanted people to know ‘don’t count me out.’ I think there’s a lot of stories when we won the Stanley Cup here, and there were some doubters about Richards and Carter in Philly. There are doubters all the time in our lives, and I think that motivates people and lights a little fire under their ass, so to speak. I’m sure there’s lots of doubters. I’m sure you guys doubted I’d be standing here today. I’m sure ther’s a lot of people who doubted that I’d be back with my teammates, and I used that all summer. That was my motivation to do the tedious work, what rehab is, and get to a point where I’m back. I just wanted people to know that I was working hard, and I was skating, and I was coming back.

On where he is in the rehabilitation process:
Ready to go. [Reporter: Full bore?] Full bore. Yeah, there’s no tiptoeing into this. I’ve been scrimmaging with the guys. I’ve been practicing, doing everything. Everything full steam and business as usual.

Technically, @Willie_Mitch33 says he hasn’t been medically cleared to play (coming soon), but he’s been skating 3-4x/wk since June. No probs