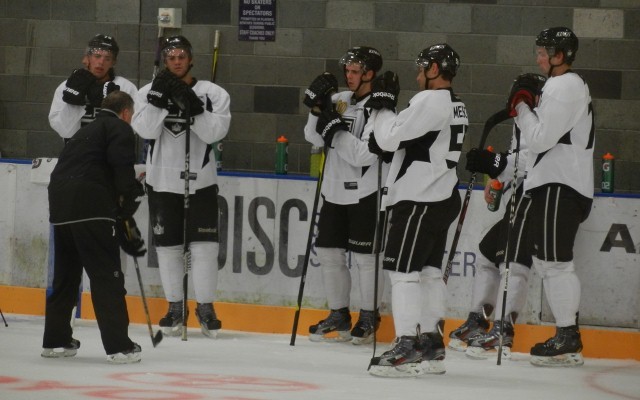 Following an earlier report by LA Kings Insider, it has been confirmed that the Los Angeles Kings and Anaheim Ducks will meet for a pair of rookie camp games on Saturday, September 7 (Honda Center) and Monday, September 9 (Toyota Sports Center). Both games will begin at 6:00 pm, with ticketing information announced at a later date.

For more on some of the Kings prospects and Ducks prospects likely to play in the home-and-home set, Hockey’s Future has you covered.

The Kings last hosted a pair of rookie camp games against the Phoenix Coyotes in September, 2011. In Game 1, the Phoenix rookies came from behind to post an 8-7 win. In Game 2, Los Angeles won 4-3 in a matinee.

LAKI will continue to provide comprehensive rookie and training camp coverage throughout September.