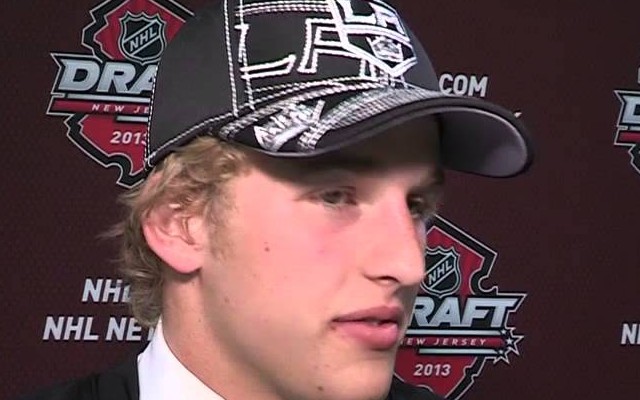 “He had a really good week,” said Lucia, whose Minnesota team recruited Fasching and will coach him in college this season. “I thought he tracked the puck well, he did a good job penalty killing and he played with some pace.”

Unfortunately there’s a paywall attached to the article, so you won’t be able to read it in its entirety. The full evaluation can be found in the comments section here, with a stick tap to cup4kings for the copy-paste.

The 6-foot-2, 213-pound Fasching recorded an assist in the United States’ 5-1 victory over Canada at the 1980 Herb Brooks Arena to conclude the camp. He posted 36 points (11-25=36) and 58 penalty minutes in 65 games with the USNTDP’s U-18 team last year. As noted above, he’s about to begin his freshman year at the University of Minnesota.

UPDATE: Via Chris Peters of The United States of Hockey:

The surprise of the camp for me, I saw Fasching establish a role for himself as more of a defensive-minded power forward with good physicality and a solid on-ice work ethic. Fasching was doing well at both ends of the ice and was creating some chances in tight with his big frame and footwork.