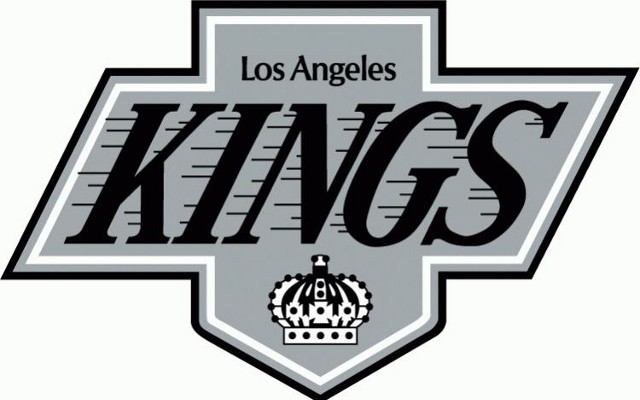 On August 9, 1988, the Los Angeles Kings acquired Wayne Gretzky, Marty McSorley and Mike Krushelnyski in exchange for Jimmy Carson, Martin Gelinas, first round draft picks in 1989, 1991 and 1993, and $15 million U.S. dollars in the most substantial trade in National Hockey League history.

In advance of its 25th anniversary, LA Kings Insider has spoken with several principals of The Trade and will share their recollections and opinions of the events that came together in the summer of 1988.

The versatile Krushelnyski, a two-way forward who was a 28-year-old veteran of seven NHL seasons at the time of the trade, recently spoke with LAKI to share his memories of leaving Edmonton for Los Angeles – a move that contained a significant career and lifestyle change that he quickly warmed up to after some initial apprehension.

LA KINGS INSIDER: Some rumors began to leak in the week before August 9, 1988. Did you ever hear your name being mentioned, or did the trade come to you as a big shock?

MIKE KRUSHELNYSKI: Not at all. I think I was with a reporter a couple days earlier, and they were mentioning, ‘Well, what do you think of the trade?,’ and I’m like, ‘What are you, nuts? You can’t trade Wayne Gretzky.’ And lo and behold, two days later, my agent calls me, and it looks like we’re off to L.A.

MK: Well, it was funny because we were already planning on trying to move, so I told my agent – I said, ‘Look, anywhere but L.A,’ only because of the travel. And he knew Vancouver was out of the picture because we were discussing travel. So I made it a point that I didn’t want to be on a plane all the time. We were actually in Montreal. My son was just born. Andrew was just born, and we were having a Christening for him and got a phone call from my agent…in Montreal. He was like, ‘What are you doing?’ ‘Well, I’m just sitting here.’ He goes, ‘You’re sitting? Good. Well, listen. You’ve been traded.’ I was like, ‘Yeah, right.’ ‘You’ve been traded to the L.A. Kings.’ I’m like, ‘You’ve got to be kidding me.’ So the first thing, I think we hung up the phone and I think we got an immediate call from I can’t remember who, somebody from L.A. stating that the trade hadn’t gone through. ‘Unfortunately, we’ve got to delay it for an hour because we can’t find the third party,’ which was Marty. I think he was running a hockey school somewhere. But later on they finally announced it, and the first thing I remember I did was I checked the lineup. I’m like, ‘Oh, Ron Duguay, Barry Beck, Timmy Watters.’ I went through the lineup, and I’m like, ‘Hey, we’re only like a player or two away.’ All of a sudden we were excited, and I’m like, ‘Hey, we’ve still got a chance to win the Cup.’ So I was off to L.A. to try to win a Cup.

Lots more after the jump:

MK: Well, fortunately I was brought up with the Boston Bruins. Brad Park, Terry O’Reilly, Ricky Middleton. Ray Bourque was there. Stan Jonathan. Gerry Cheevers. So I got to know the process. I came to Edmonton, and we had won, so that kind of stuck with me about the old breed, and the old upbringing, and the new breed, and new things…Like I said, after we had looked at the lineup, I’m like, ‘Man, we’ve got four solid lines, solid defense, good goaltending. We’ve got all the ingredients. It’s just a matter of doing it. I think once we got to L.A. a couple of months into it and seeing Gretz and Magic on the billboards downtown – even just walking in Manhattan Beach there, people just stopping and saying, ‘Hey, man, we’re behind you, Kruser!’ It was like, “Aw, you’ve got to be kidding me!’ Just coming out of the shower, a towel wrapped around me, and I’m getting pictures with John Candy, Bruce Springsteen, Sylvester Stallone. I mean, it was just phenomenal. I think the hockey players were in awe of Hollywood, and Hollywood was in awe of the athletes, so it was a good breed. Like, I had a great time in L.A. Unfortunately, we just couldn’t get it done, and I got traded too early.

LAKI: Speaking about being traded and playing in Toronto against Los Angeles back in 1993, for lack of a better term, was there extra “incentive” to beat Los Angeles? Not to say there was any sour taste or anything, but was there any additional motivation?

MK: I don’t care what anybody says. There’s always animosity when you play your old team. Even though when I was traded it wasn’t the players or the team – it was strictly a coach not liking my particular suit, and me not buying in to his philosophy because it wasn’t so sound if he knew how to win. That’s what got me traded. I had bitter resentment towards him, and probably the upper management, but the players were my friends, still were my friends when I was on Toronto, and still are my friends. And I want to win, yeah. Would I have done anything in order to win? Yup. So would’ve they. It’s just hockey, and it really was the Toronto Maple Leafs versus the L.A. Kings. Unfortunately, we got roofed by bad refereeing. That’s a whole different other topic.

LAKI: What do you remember about that 1989 playoff series between Los Angeles and Edmonton?

MK: You know, I can’t even remember that far back. The only thing I knew – and I knew we were close, because two years in a row we beat the defending Stanley Cup champions. Unfortunately, we just ran out of gas, and that was my point. I thought we were still one or two players away, where we had to strengthen the team. Other than that, I couldn’t tell you a thing.

LAKI: In regards to Gretzky, did you notice any change in his demeanor between his time in Edmonton and his time in Los Angeles at the outset of his Kings tenure?

MK: Yeah, he probably had a lot more peace and quiet in Edmonton than he did in L.A. The poor guy – he was even late for some of our practices because he was so busy doing advertisements. It was kind of exciting. Just to have the stature of a Wayne Gretzky on your team obviously elevated you guys to the next level, and obviously having the best player on the ice helped all of us as players. We were excited. I think everybody was excited to be in L.A. at that time. I think we put L.A. on the map with hockey. Once Gretzky got there, it was a totally different scene. My tenure in L.A. – it was very exciting. I loved thoroughly. I can’t say enough good stuff about it.

LAKI: In learning how the trade came together – and I wasn’t in the room of Bruce McNall, so I’m not privy to all information – but it seemed though when the negotiations were advanced, and Gretzky was in the process of being traded, he pinpointed you and he pinpointed Marty and said, in paraphrasing, ‘Bring these players over as well. Do what you can to get them.’ That’s one of the greatest athletes in the history of any sport saying that. How would you describe being chosen like that by Wayne?

MK: Obviously, it was a happy moment. I guess Gretz just knew that Kruser was versatile. He could play left wing. He could play center. He could play power play, so I could fill a role wherever needed. Because he probably did the same thing that I did and Marty did – the first thing I did was I looked at the lineup and, ‘Oh, we’re either weak on the left, or we could use some help down the middle, or maybe here, or maybe there.’ I guess the logic was if we were short somewhere, we could either use Kruser or Marty, and obviously Marty had an even bigger role because his job, I think, was the hardest job in hockey – protecting Gretz…I guess we were glad that we were going. I was happy that Wayne had asked for me specifically. But the bottom line was we went there with the intentions of winning, and we just came up a little short.

LAKI: Mike, this has been fantastic. Thank you, I really appreciate your time.

MK: Oh, my pleasure. I want to get two things straight. One, the real trade was Gretz for the five first rounders. Marty went for Gelinas. I was the guy that went for the money…(laughs)…Take care. Thank you Oh! Hey! Congrats last season.