TSN reported on Sunday night that Kings defenseman Alec Martinez has re-signed for two years at an average annual salary of 1.1 million dollars.

Of the four players who were originally arbitration-bound, Jake Muzzin and Martinez have now signed. Trevor Lewis and Jordan Nolan remain headed to arbitration, but it would not be a surprise to see either player (or both) come to terms with the team in advance of the arbitration period, which runs between July 22 and August 6.

Martinez, who turns 26 in under two weeks, has recorded 12 goals and 33 points over 142 regular season games, spread over four NHL seasons. His career high in points, 16 (5-11=16), was set in 2010-11, the year he played in a career-high 60 games. Martinez played a significant role in Los Angeles’ Stanley Cup run in 2012, appearing in all 20 games and recording three points (1-2=3) and a plus-five rating as the primary defensive partner of Matt Greene. He is a left-handed shot who was originally selected in the fourth round, 95th overall, of the 2007 NHL Entry Draft, out of Miami University.

His signing would bring the Kings within 3.1 million dollars of the 2013-14 salary cap of 64.3 million. It would also give the Kings nine defensemen under contract for the upcoming season. 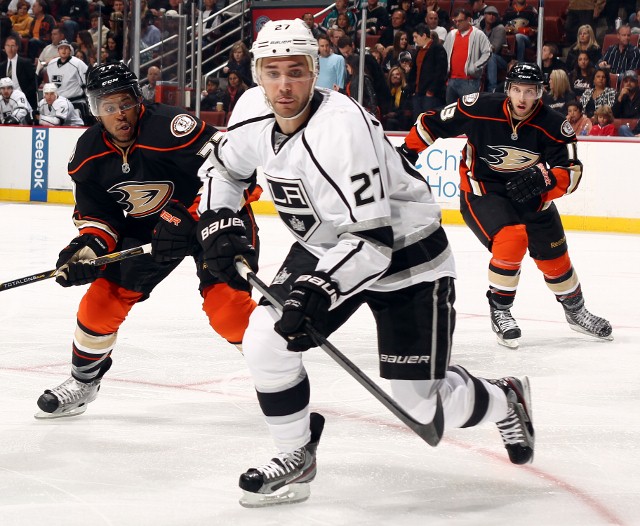