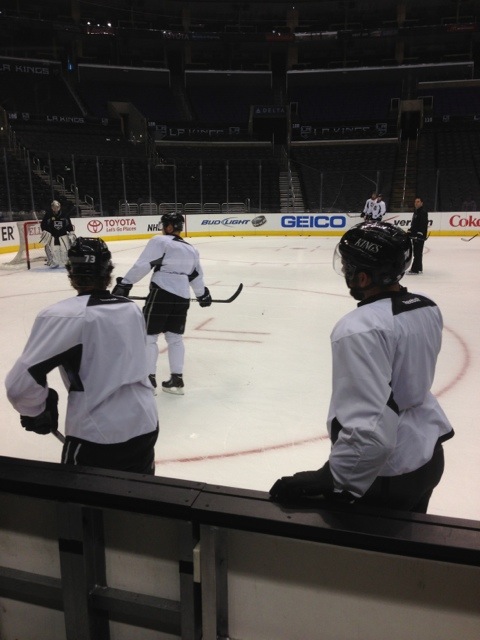 -Kyle Clifford is out due to an undisclosed injury. He skated with the Black Aces at the Toyota Sports Center Monday afternoon. Matt Greene took line rushes with Keaton Ellerby and is unlikely to play tonight. He remains day-to-day with an injury unrelated to his back.

-Bracken Kearns could step into the lineup to replace Adam Burish, who suffered an upper-body injury in San Jose’s series-clinching victory over Vancouver on May 7. Tim Kennedy is also a candidate to play alongside James Sheppard and Scott Gomez. Burish is not expected to play in this series. Forward Martin Havlat and defenseman Jason Demers skated on Tuesday but are unlikely to play tonight.