A loose skate in Minnesota

Some shenanigans opened practice at the St. Thomas Ice Arena earlier today as the Kings were split between forwards and defense and the two sides competed in a 14-on-7 scrimmage in which all players had to use an opposite-handed stick. 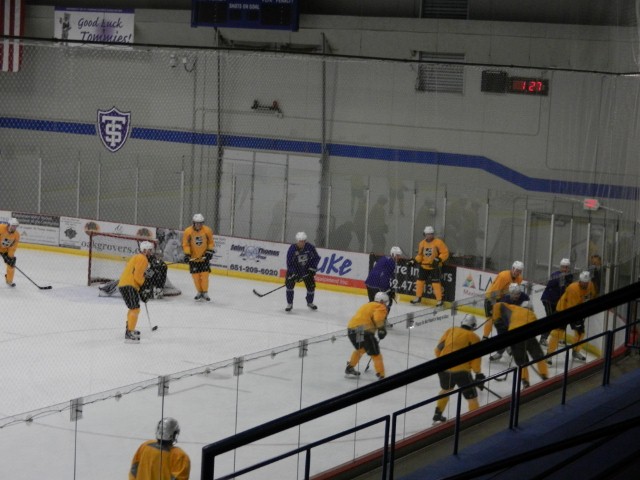 The photos posted don’t quite do the game justice, but at one point the shorthanded defense held a 1-0 lead. Credit the forwards for finding the equalizer off an 8-on-0 rush. 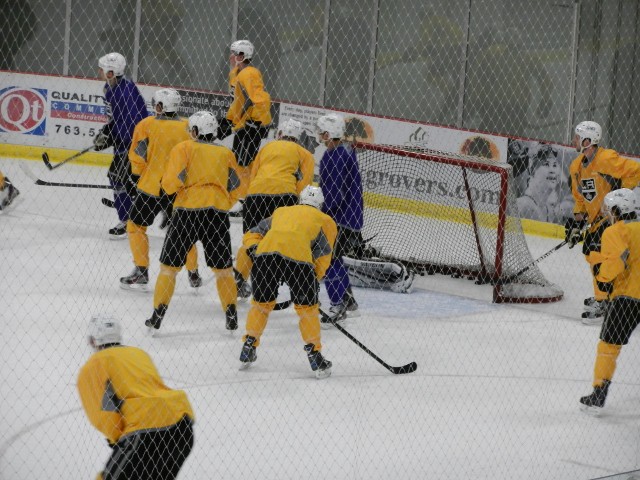 Not pictured: A Drew Doughty NHL 1994-style goal celebration. It started and ended before I could take the camera out of its case. 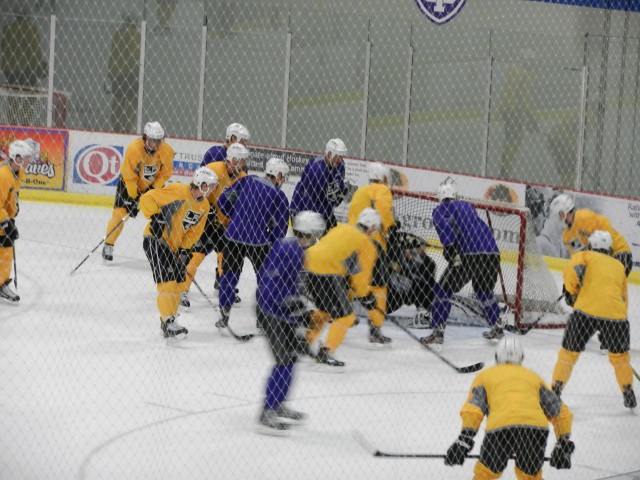 Several players were selected to attempt opposite-hand shootout moves. While I didn’t catch those, I did get some video of a rapid-fire shootout drill.

Pictured below: The weight room at the St. Thomas Ice Arena, which was ringed by a collection of local high school and collegiate jerseys as well as signed memorabilia by alumni of the rink such as Derek Stepan and Jordan Schroeder, amongst many other players. 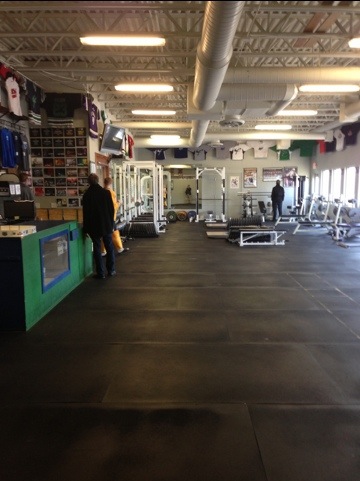