Andy Murray (Finale)-Father and Coach and the "Hunger" for hockey! - LA Kings Insider

Andy Murray (Finale)-Father and Coach and the “Hunger” for hockey! 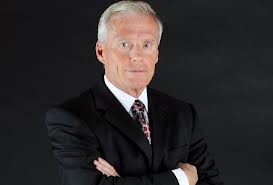 JF: You’ve been a head coach, and assistant coach and I’m going to ask this two different ways and see if I can get a different answer.  First of all, as a head coach, what do you need from your assistants?

Andy Murray: You need passion, you need guys that are passionate about the game and back in L.A. we had that with Harpo (Mark Hardy) and Dave Tippet and Ray (Bennett), John Van Boxmeer and Andy (Nowicki)… 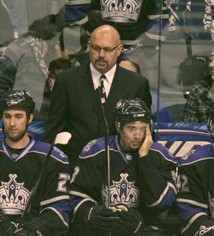 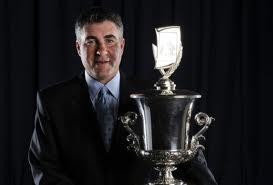 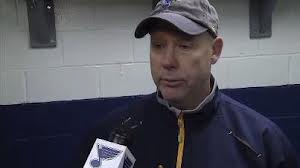 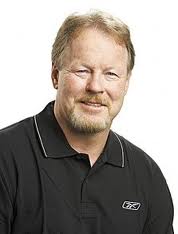 JF: I’m going to ask it the other way around–as an assistant, what do you need to bring to the head coach–it might be the same thing that you just touched on–I’m just trying to see if the point of perspective changes, whether the answer changes?

Andy Murray: First of all I think it would be whatever the head coach needs you to bring.  If there’s something that he feels that–there’s a reason he hired you and you need to bring what he hired you for–special teachings, ability in a certain area, whether it’s defensive play or whatever, just to bring what you’re hired to bring and I think certainly passion and enthusiasm.  We have all of our staff and our players and the whole university, we all wear wristbands that say “no bad days”.  One of our assistant coaches has a four-year-old son is suffering from Duchenne’s Muscular Dystrophy–it’s a terrible disease and we wear these bands that say “no bad days” and that’s exactly what it is–it’s being enthusiast and excited to go to work everyday and you need assistants that are like that and you need to bring that.  I think the other thing too, I always thought as an assistant coach you should think like a head coach–you should think–this is the situation we’re in, if I was making the call here what would I do because if you do that, then you’re going to be able help the head coach more because you’re understanding where he’s coming from.  I also think it’s a way of developing a good training experience in terms of being a potential head coach–you should always look at it from the head coach’s perspective–what should we do if I was running the program?–what would we do?–and I think that’s part of the head coach’s responsibility to make the assistants feel like they really are part of the whole picture.  I want my assistants to coach–bottom line–I want coaches–I don’t want guys that are just puck movers or whatever I want our coaches speaking to the team and feeling comfortable running different drills and so on.  That’s the way I look at it.

JF: You touched on them earlier you have three kids all played at a high level.  I’m sure you’ve given them many pointers throughout the years but–is there a balancing act that needs to be there between coach and father? 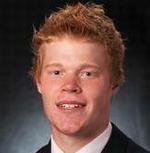 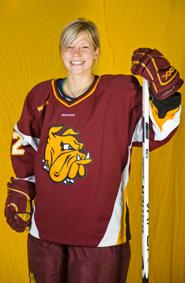 Andy Murray: Yeah–that’s a tough one.  In some ways it’s probably not good to say, I might have been maybe–it’s tough to say–but I am probably better at the coaching part then the father part.  I think there’s been times when I hadn’t done a good enough job in that area because I was so focused on the other area and all of us in this business would say that to a degree and I have certainly recognized that myself and you know, it’s not a good situation and you certainly do have regrets but you also can’t live your life that way–in regret–but to me I think could have done a better job on the other side of it, the father side.  I still have time.  So that’s being honest.  Well my big thing was probably missing so much of their lives–more than anything, that would be my thing and you know sometimes when you’re not around that much and then you are there all of a sudden you want everything to be perfect and it’s not always going to be perfect–Ruth’s (Andy’s wife) has told me a few times, I would come back and they had life going pretty well and I would mess everything up–but you know it would be time away and not being at things that you should have been at and that type of thing–our profession causes us to do and there’s probably no way around it but I think I could have done a better job.

JF: I’ve talked to coaches about the rewarding part of the game and many times the answer is “taking a player or a team to a place that they never thought they could get to”.   Do you have any examples of that at any level and then of course I want to ask you specifically about your time with the Kings and when you thought–as a coach or coaching staff that you were able to bring a player or a team to a level you never thought they would get to?

Andy Murray: I’m still looking for that–I think that’s why I’m coaching–it’s because you’re still wanting the players to have their “best ever game” or your team to have their “best ever game”, so I think I’m still looking for that and I have a difficult time signaling out anyone in particular, accomplishments or whatever just because I think if I did I’d be doing such a disservice to so many people because coaching Junior, Canadian College, in Europe, Team Canada, American League, NHL, to U.S. College now–every one of the players that I’ve coached and every one of the people that I’ve had the chance to come in contact with–media sports staff whatever, they all play a role in what’s happening in your life.  I just couldn’t pick out one particular thing that I think is one sense of real accomplishment because if I did I just feel like I would be doing people some disservice.  So I guess still looking to be even better as a coach and still looking for that best ever coached game or season or whatever and that’s what keeps you going and keeps pushing and I still have the same passion I’ve had from the day I got into coaching and when I was lucky enough to get the opportunity in L.A.–I mean I’m still the first guy in the rink unlocking the doors—I have this “first key last key mentality”–I think I have to open it and I have to lock it up at night–that’s just the way of my leadership style and so I don’t know if there’s one particular event–when I got the job at Brandon University or when I got the job with Team Canada with their full time team or when I got as the head coach at Shattuck , or the head coach in L.A., that’s probably the best day of your job just because it means somebody appreciated you enough to give you the opportunity and I still tell it the same way when Western Michigan asked me to take this job and I almost felt guilty because there’s so many good young coaches that have been assistants in college hockey or have been with other programs in the lower levels and it was an opportunity they wanted and yet Western offered me the job.  So those are the special things to me and then obviously the people along the way–I think I have tried to, even though I’m not real good at staying in touch with people–I think when I’ve left situations or whatever I’ve never tried to burn any bridges or whatever and that’s why when you called today or anybody ever called me from the Kings or any other team I have ever coached, I’m going to be calling right back, we’ll enjoy the conversation so those are all things that are highlights–it’s just all the people along the way and I didn’t give you very specific answers but I can’t…

JF: You’ve already talked about the believing you can win and competing…it’s all part of the same theme–I saw it personally, I saw it off the ice but I’ll be honest with you and you might think it’s a little funny–I saw your hunger for the game when we played three on three on Sunday morning skates with the Alumni–when I drove to the net and you whacked and hacked me–the game of hockey, when we grew up—it is tough to explain and I’ve asked many people about it–it’s probably more specific to Canadians–does this hunger come from anywhere or is it just osmosis of growing up where we grew up?  I know you mentioned your family and your Mom…

Andy Murray: Well I think…yeah it’s all of us—it came through family situations where it’s such a part of your life–when I coached Team Canada in tough situations I always talked about the fact that I felt that we as Canadians had the deepest “emotional well” for the game of hockey in the world.   There was no other country whose “emotional well” went as deep as ours did and that our care for the game and what it means to us runs deeper than anyone else’s and if we have to find it we can dig deeper than other people and that is–I have to say that’s changing to some degree–I don’t want to believe it as a Canadian but now we talk about the international game–in the US now and the “emotional well” for the game and in Europe now–the different countries–they really care as well and I’m speaking as a Canadian, we’re going to have to find a way to dig even deeper but it’s just part of us and it’s the reason why I was whacking you because there was no way I could catch you and you weren’t that fast (laughing).  But it’s–can you believe that I’m sitting here and you’re sitting here and you’re not as old as I am but this is all we’ve done–I mean every time you have a bad day, you just think about how many other people would love to be doing what we’re doing and I don’t care if you’re an equipment manager or you’re in the marketing department with the L.A. Kings or whatever–you’re a guy studying sports management and all these guys taking these sports management programs and now you this guy’s in the marketing department for the L.A. Kings and you just can’t wait to talk to the guy I mean it’s just a thing that’s out there and we’re so very, very lucky.  It’s incredible, I have friends that are the same age that I am that are coaching Junior A hockey up in Canada up in BC –they’ve been doing it all of their lives and they can’t see themselves doing anything else you got when we owned the team in Salmon Arm, we would make a coaching change we had lawyers and other people wanting to come coach our team just because it’s who we are. 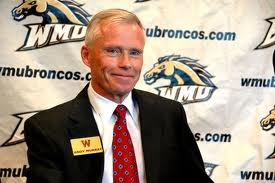