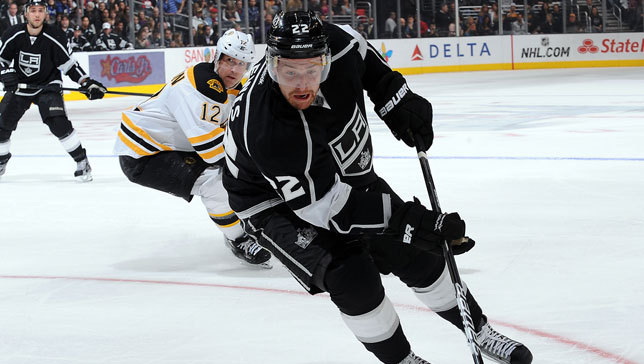 — The Kings had their six-game winning streak ended, as they lost to the Boston Bruins 4-2 on Saturday night at Staples Center.

— The Kings fell to eighth place in the Western Conference and third place in the Pacific Division. The Kings are one point behind third-place (and division-leading) Dallas and one point behind seventh-place Phoenix, with one game in hand over the Coyotes. The Kings are tied in points with ninth-place San Jose but hold the wins tiebreaker, and are in tied in points with 10th-place Colorado, with two games in hand.

— The Kings finished the season with a 7-7-4 record against Eastern Conference teams.

— Colin Fraser scored a goal, his second goal and eighth point of the season. Fraser’s other goal came on Nov. 12 vs. Minnesota.

— Slava Voynov scored a goal, his seventh goal and 18th point of the season. Voynov has three goals and one assist in his last seven games.

— Drew Doughty had one assist, his 25th assist and 34th point of the season. Doughty has one goal and five assists in his last six games.

— Justin Williams had one assist, his 35th assist and 53rd point of the season.

— Kyle Clifford had one assist, his seventh assist and 12th point of the season.