Is Richards back? Did he ever leave? 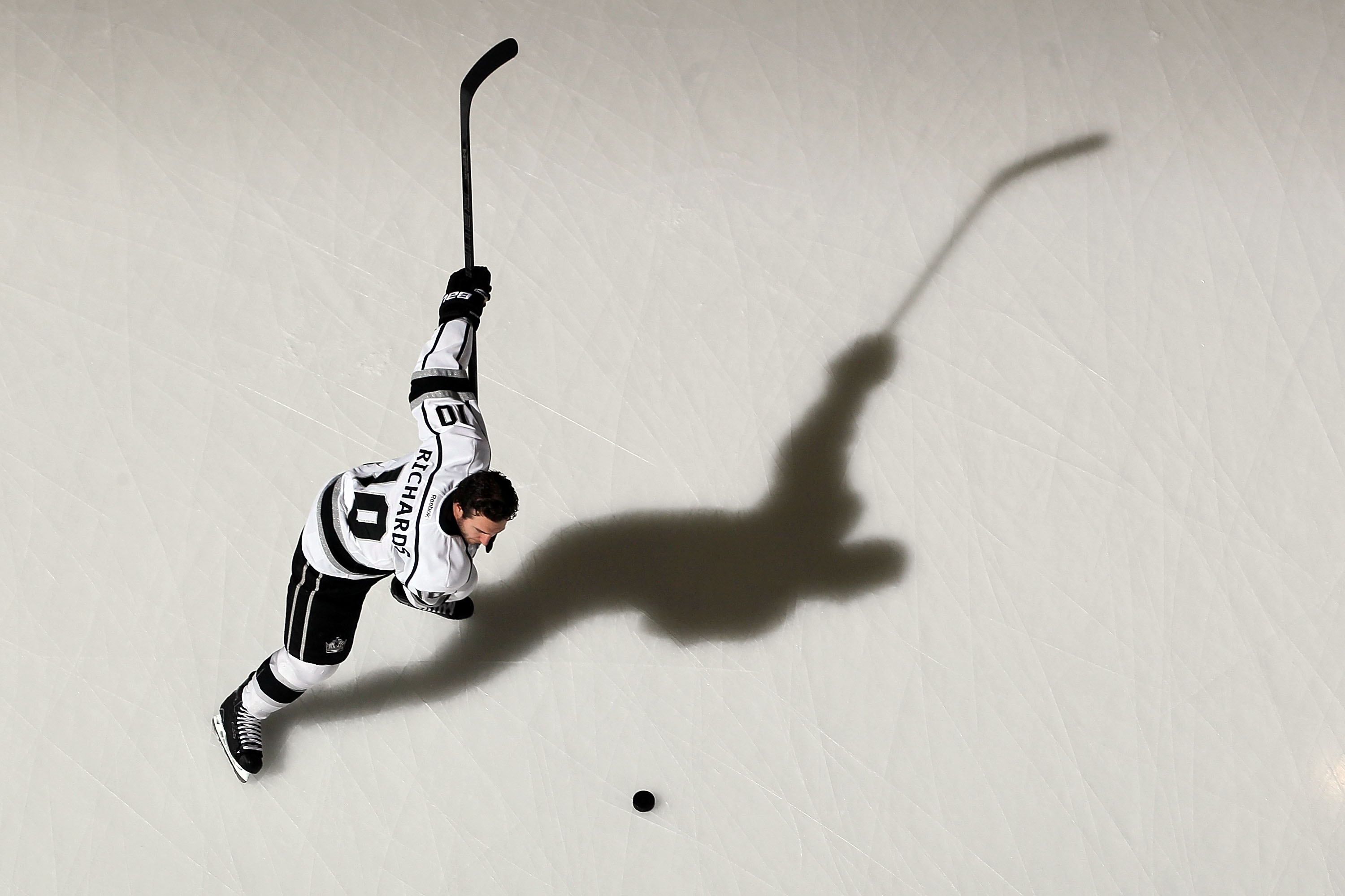 Suddenly, there aren’t as many questions about Mike Richards’ game. Richards had 11 goals and nine assists in his first 25 games this season, then suffered a concussion and missed three weeks of action. In his first 23 games after his return, Richards had only three goals and four assists. That led to a natural question: Was Richards still feeling some effects of the concussion? Perhaps the question should have been, “Is it his linemates?’’

Few things are black and white, but is it just a coincidence that Richards has looked like a different player in the past two games, playing between rookie wingers Dwight King and Jordan Nolan? Richards had five shots on goal Saturday against the New York Islanders, and then made a perfect no-look centering pass on Nolan’s game-winning goal last night in Dallas. After the game against the Islanders, Richards noted how King and Nolan opened up space on the ice with their work ethic. Richards excels when given that space. It’s not unfair to question whether playing with Dustin Penner wasn’t allowing Richards to have that space. Darryl Sutter, rarely prone to extreme praise or criticism, offered this when asked about Richards’ last two games.

SUTTER: “I think that everybody is way too critical of Mike Richards. What he brings is not just measured in statistics.’’