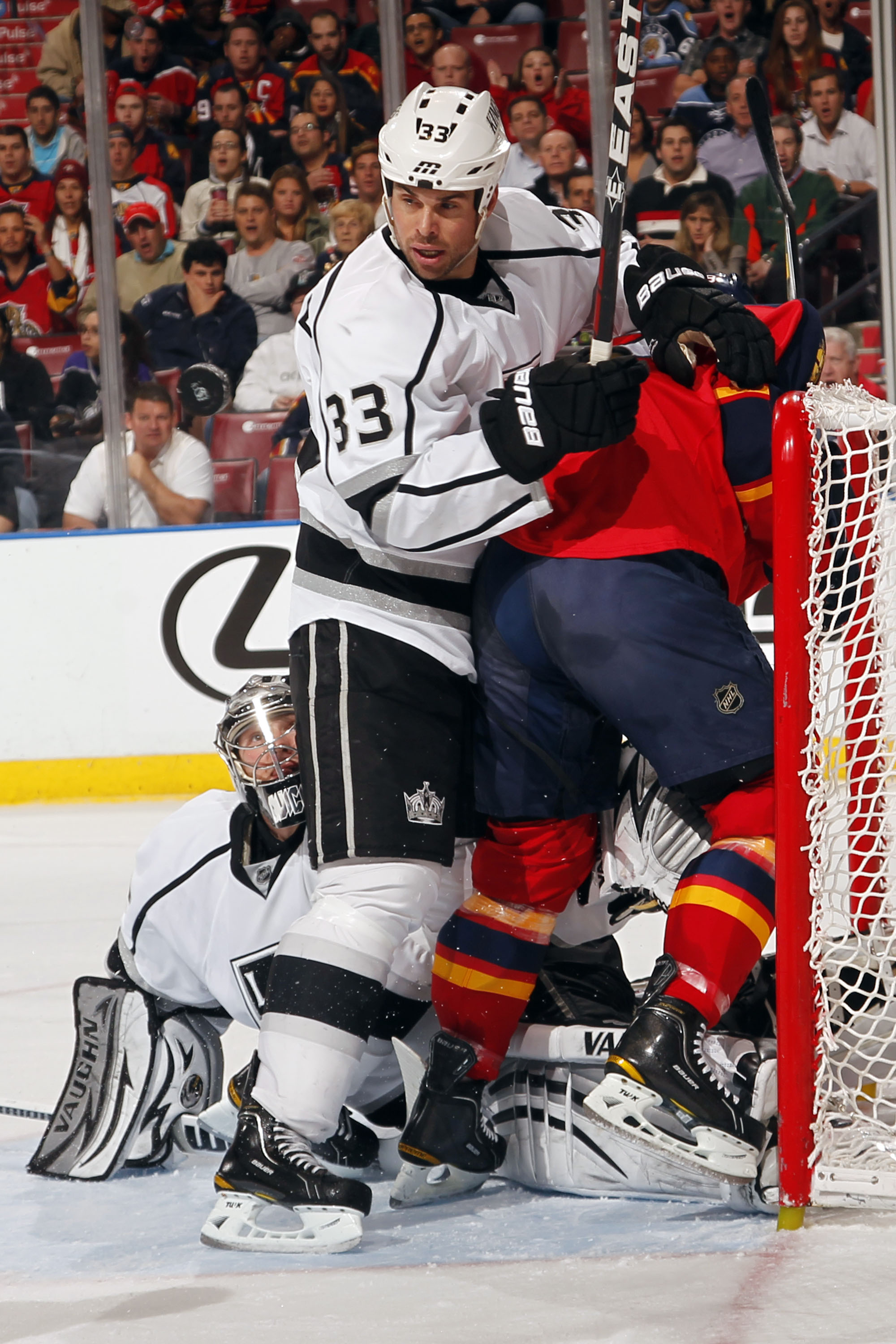 — The Kings suffered a rare loss to the Florida Panthers, as they fell 3-1 on Thursday night at BankAtlantic Center.

— The Kings were held under two goals for the 21st time in 55 games this season. The Kings have scored a total of five goals in their last four games.

— The Kings played a 0-0 first period for the 22nd time in their 55 games this season. The Kings have not allowed a first-period goal in any of their last nine games.

— Jonathan Quick stopped 9 of 11 shots, then was pulled at the start of the third period in favor of Jonathan Bernier, who stopped 11 of 11 shots (Florida’s third goal was an empty-net goal). It was the second time this season, in 46 starts, that Quick was pulled from a game.

— Drew Doughty scored the Kings’ goal, for his fifth goal and 25th point of the season. Doughty has two goals and three assists in his last six games.

— Anze Kopitar had an assist, to push his team-high totals to 31 assists and 48 points. Kopitar has six goals and six assists in his last 13 games.

— Dustin Brown had an assist, his 15th assist and 28th point of the season. Brown had not recorded a point in his previous five games.