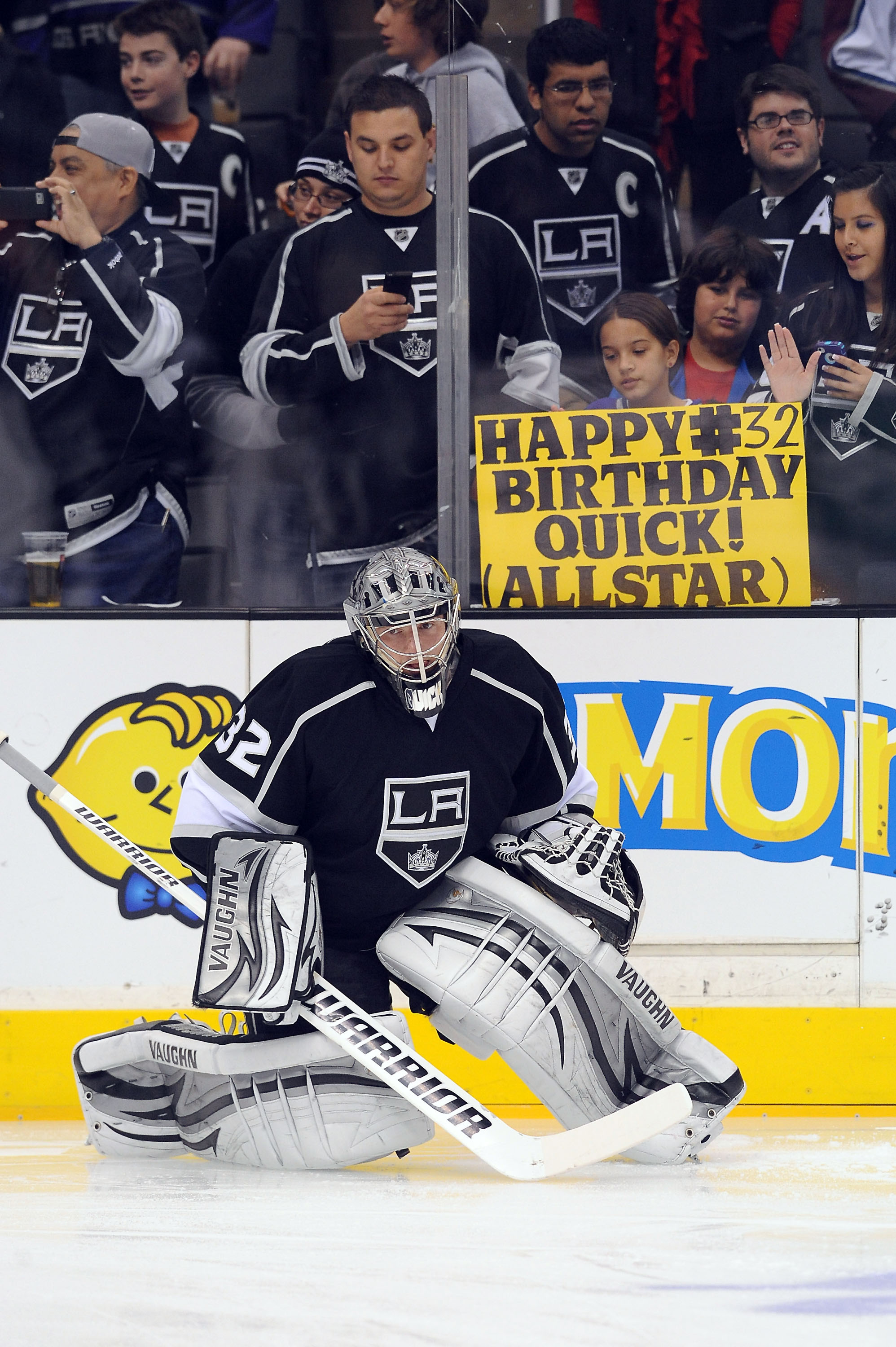 As noted in a previous post, Jonathan Quick will fly to Ottawa on Thursday morning for the start of All-Star Game festivities. Later that day, Quick will participate in the “draft,’’ with All-Star captains Daniel Alfredsson and Zdeno Chara picking the rosters. The skills competition will take place Saturday and the game will take place Sunday. Given that six goalies are on the roster, Quick is likely to only play one period. Since being named to the team, Quick had deflected any extended talk about it, as he preferred to focus on upcoming regular-season games, but after last night’s victory over Ottawa, Quick talked about the honor of being an All-Star for the first time in his career.

QUICK: “Now, I’m looking forward to it. Obviously the past week or two, it’s been more about what was going on at the time, so you’re focused on that, but now that this game is done and over with, and I’ve got a couple days to relax and get ready for that, I’m expecting it to be a good time and I’m going to have some fun.’’

Question: It might be tough for a goalie. The All-Star Game isn’t really known for being low scoring…

QUICK: “It’s going to be tough. I’m going to have to talk to Billy (Ranford) and Hexy [Ron Hextall]. I don’t know how hard I’m supposed to play. We’ll see how it goes. I think if I keep it in single digits, it’s going to be a bonus.’’

Darryl Sutter will be watching closely. Sutter joked that if Quick were to win a car for being playoff MVP, it might become community property.

SUTTER: “We told him that if he did something special, and there was any kind of reward, that he would share it with all of us. [laughs] That’s the only thing that we recommended.’’

On a more serious note, Sutter said he wasn’t concerned that the All-Star trip might end up hurting Quick. While his teammates are resting, Quick will make a cross-country flight Thursday, participated in the weekend festivities, fly home Monday, practice Tuesday and potentially play Wednesday. Quick will not be present for Monday’s practice in El Segundo.

SUTTER: “We’re done two days before most teams, right? So he’s going to get to reload. He doesn’t get back here until Monday, after the game, so he’s going to miss a day of practice. Actually, he’s going to get a pretty good break in the whole thing, when you look at it. He’s going to get to enjoy the weekend there. There’s six goalies. They don’t get a lot of work. The biggest fear you have with goaltenders going to All-Star Games is that they get in that skills thing, and you’ve got guys bombing shots at them and trying to beat them on breakaways and all that. The reason all those goalies are there is that they’re great competitors. Touch wood, but we’ve seen goaltenders get hurt before at All-Star Games. That’s the only thing. You want the kid and his family to enjoy it, then get back to us again.’’