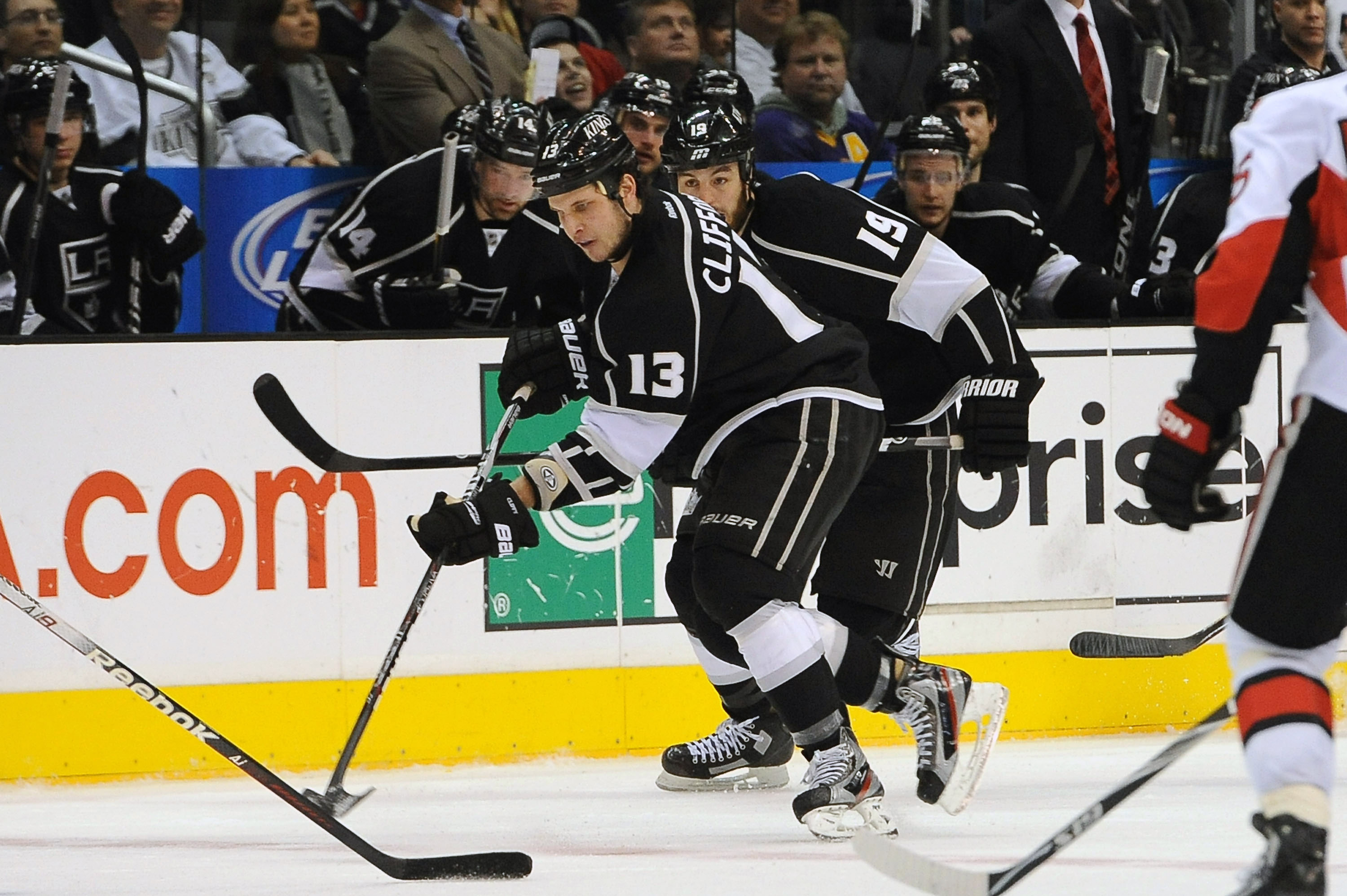 Somewhere, at some point during the extended All-Star break, it’s likely that Kyle Clifford will be enjoying a large steak courtesy of Kevin Westgarth. Clifford recorded a “Gordie Howe Hat Trick’’ last night, as he got on the stat sheet with a first-period fight, a first-period assist and a second-period goal. Not a bad trifecta, especially considering that, in 125 previous NHL games, Clifford totaled nine goals, 12 assists and 24 fighting majors.

“First one,’’ Clifford said, after the game, regarding his speciality hat trick. “Westgarth and I had a bet, that whoever got the first one gets a porterhouse steak.’’

It seemed fitting that Clifford got a bulk of the attention last night, as he represented a line that played very well for the Kings, along with center Colin Fraser and Westgarth. After yesterday’s morning skate, Darryl Sutter publicly called out the fourth line, and said the line had “been sort of off on the energy part of it.’’ The line responded by contributing to the first two goals, and by playing a solid all-around game.

SUTTER: “They’re all guys who have to play hard and bang. If they don’t, they’re not very effective. It’s simple. We’ve still got lots of work to do. We’ve moved Cliffy around for the most part, so hopefully, as his career goes along, he can be more than that.’’

Clifford’s game seems to be headed in the correct direction under Sutter. In 29 games under Terry Murray this season, Clifford had one goal and three assists and, in general, seemed to be tentative in many situations. That’s not uncommon for a young player — Clifford turned 21 this month — but in 17 games under Sutter, Clifford has two goals and three assists in a fourth-line role, and appears more confident in his fourth-line role.

CLIFFORD: “We all kind of play the same way. We’re real simple and we just get pucks in deep and get some hits going, and that gets energy for our team and creates energy for ourselves too.’’