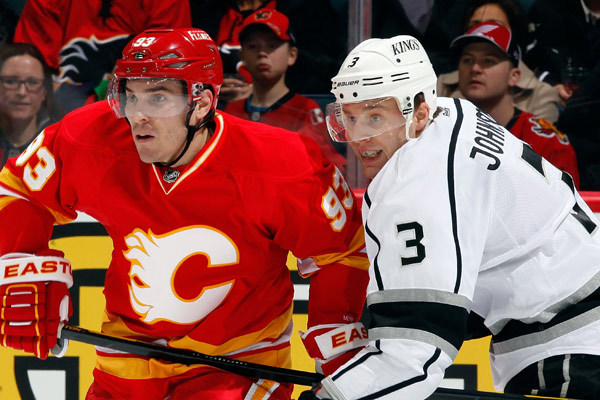 Darryl Sutter’s return to Calgary went about as well as he could have hoped. Not only did the Kings get the victory, but Sutter avoided being a point of attention. Should he have been? At no point during the game was Sutter featured on the video board or given any type of recognition. One Calgary writer — who made a point of designating himself as “not a fan’’ of Sutter — said he was shocked that the Flames didn’t acknowledge Sutter, who worked for the team for eight years and coached them to the Stanley Cup Finals in 2004. Regardless, Sutter’s return was a major storyline with the local media, so here’s a sampling of the stories about Sutter’s story and about the Kings-Flames game, in which the Kings ended the Flames eight-game home winning streak.

Kings prevail in battle of the Sutter brothers (Globe and Mail)

Johnson: Sutter as surly and abrasive as he ever was (Calgary Herald)