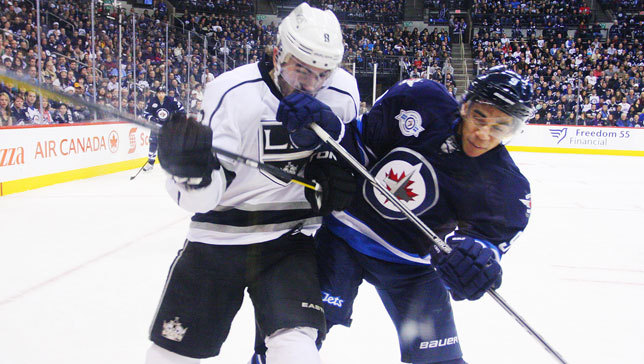 — Once again, defense and goaltending were there for the Kings but offense was not, as they lost to the WInnipeg Jets 1-0 in overtime Thursday night at MTS Centre.

— The Kings were shut out for the fourth time this season and have recorded two or fewer regulation goals in 16 of their last 17 games.

— Jonathan Bernier stopped 26 of 27 shots. Bernier has allowed a total of seven goals in his last four starts. The Kings have scored a total of two goals in Bernier’s last three starts.