The expectations are clear: Playoffs the goal for the Kings “I expect us to compete really hard for a [playoff] spot like that and shame on any team that’s not approaching the season that way, us included.”

The expectation is clear. From Todd McLellan, as he said above, to Rob Blake to the Kings players. The team has a very clear goal for this season, and that goal is to make the playoffs.

We’re talking about an NHL team, right? The goal couldn’t possibly be anything less. The Kings are not concerned with how last season went, let alone the year before.

“I don’t care where we ended up last year, I know who we are right now and our job is to go out and try to go out and win every game and put us in the best position possible,” McLellan said. “For our group to have that attitude, I’m happy and I’m excited about it.”

As the Kings begin the 2020-21 season tomorrow evening, they enter play with a new schedule and a new crop of opponents to contend with. This season’s schedule is played entirely within the division, and the NHL’s setup this season eliminates wild-card teams, meaning that the top four teams in the Pacific Division will make the playoffs, with one-hundred percent of the games impacting the playoff race.

“The teams we’re playing are the teams we have to fight with to get a playoff spot, so every game is huge, right?,” Jonathan Quick said. “They’re all four-point games.”

Quick is one of several Kings with experience playing in a shortened season. He was a part of the 2012-13 campaign, when teams played just 48 games in a lockout-shortened campaign.

Looking back at the Western Conference standings from that season, the teams seeded 3 – 9 were separated by just five total points, with the tenth seed just four points further back. Quick remembered the shortened schedule keeping the playoff race tight into the season’s final weeks, meaning every game is important.

Quick’s teammates have agreed with his sentiments and the overall goal for the Kings.

“That’s our goal, right?” Jeff Carter said of making the playoffs. “We feel that we’re a playoff team. Everybody’s rested and recovered from everything, and there’s definitely an excitement in the room and everybody’s ready to go for sure.”

Players like Carter, who had offseason surgery, used the extended time off to both recover and prepare for this season. Players such as Quick, Drew Doughty and Dustin Brown noted that the additional time off gave them a chance to put the extra work in to get their bodies where they need them to be. And for the group’s collection of younger players, the extended offseason allotted them more time than ever before to come in physically prepared.

The integration of youth into the lineup is a major storyline for this season’s Kings team, but so is the fact that a large chunk of this season’s roster has now spent a year learning and executing McLellan’s systems.

General Manager Rob Blake believes that with the core group already having that learning experience under their belts, training camp this season was able to progress significantly faster than it was a season prior.

“We were much farther ahead on the systems,” Blake said. “We scrimmaged the first 2-3 days and Todd starts implementing systems on Day 2 or 3, but the players are familiar with it, and they’re older players. That level of play was good right off the hop.”

The younger players in the group have the same expectations as the veterans do. 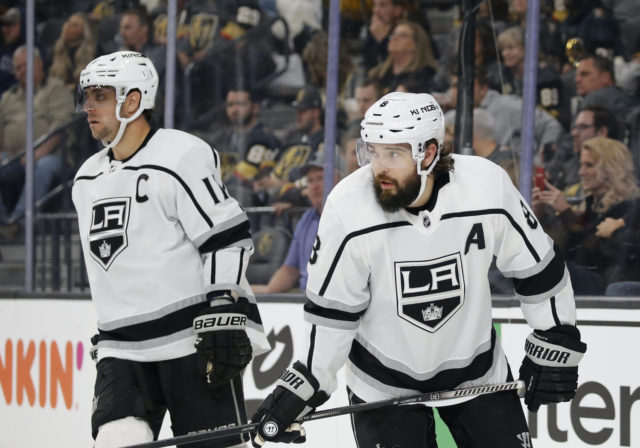 Anze Kopitar and Drew Doughty have been with the Kings through the best of times, as well as the down times. It goes without saying that both players have won two Stanley Cups. Both players also were a part of Kings teams as rookies that missed the playoffs, and have missed out each of the last two seasons as well.

Both know, however, what it’s like to reach the promise land.

Starting with Kopitar, he believes that the playoffs are a realistic expectation for this group.

“Every season is difficult to make the playoffs, but I think in the times we live in right now, and how the divisions are set, it’s realistic to think about playoffs for sure,” the Kings’ captain said. “It’s something that every single individual wants to be a part of, and it’s a long road ahead. It’s just focusing on a strong start and rolling from there.”

The theme during training camp for Doughty has been proving others wrong.

He’s heard what people have to say and he’s ready to change their narrative, both individually and from a team perspective. He’s seen where people have slotted the Kings in preseason projections, but he’s not concerned. He realizes how tough making the postseason is, because he’s done it, but thinks this Kings team has the chance to surprise some people.

“I know a lot of people still don’t think we’re making the playoffs, but my goal for our team is to make the playoffs,” he said. “I don’t see why we can’t, it’s a short season and we’re going to be able to surprise some teams. We’re going to have a lot of energy, we’ve got a lot of young legs. I know it’s going to be extremely tough, but that’s the goal we should set for ourselves right now.”

At the start of training camp, Blake said that the expectation for this season’s team was to make the playoffs. It’s why you play the game, and this is a results-driven business. When asked today, as camp concluded, he said that qualifying for the postseason, along with seeing growth from the team, is how he’d define a successful season.

“Well that’s it,” Blake said, of a playoff berth defining a successful season. “We want to be competitive and we want to get better. It’s about getting better every day. Whether that’s systems, players, young kids earning spots and young kids getting spots in the NHL lineup because they’re ready, not just because you want to show them a little bit about the NHL. They’ve got to be ready to play, and that’s going to help us get better.”

The first chance to see how the Kings attack these expectations comes tomorrow, on Opening Night, with the Minnesota Wild in town. If training camp has been any indication, Blake feels the team is ready to go.

“We know who we are coming into this camp,” Blake said. “We already know it, now build on it. Everything is about moving forward, and I think that’s where that message is, and Todd has taken that. Go over the fundamentals we acquired last year, that we saw take shape, and now build on top of that.” 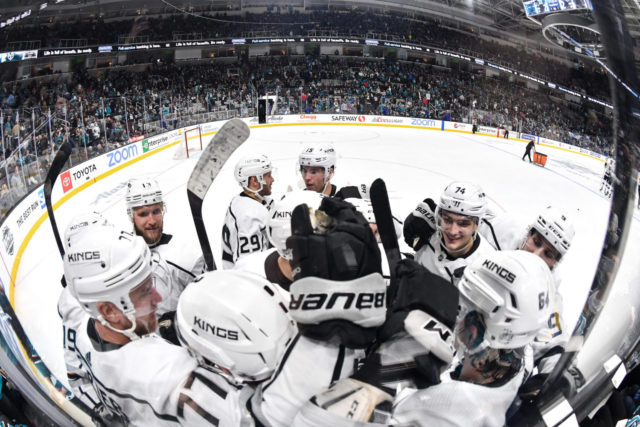