Hear from LA Kings prospects from their time in the World Juniors preliminary rounds. All 9 participating Kings prospects have advanced to the quarterfinals, which are slated to begin tomorrow.

Here’s how the quarterfinal matchups stack up –

Alex Turcotte – 12/31
On Scoring First vs. Sweden:
Getting that first goal is obviously huge. We started off with a good forecheck and threw a greasy one on net and got lucky there. We were playing the right way, and to get one on the board right away – we knew they played last night and they were a little tired – so it was a big confidence booster.

Brock Faber – 12/31
On The Team’s Defensive Play
Lots of credit to [Dustin Wolf] and [Spencer Knight] there. Knighter mentioned previously he gets bailed out by us, but a lot of times he bails us out. Today, we struggled a little bit defensively, and we have to clean some things up, but all in all, we’re coming together nicely and we’re building something special in the d-zone.

On The Team Bonding Together
Playing together with a lot of these guys, we’re pretty familiar with each other. We’re bonding greatly, we’ve been in the bubble for a long time now. Being best friends with your teammates obviously helps on the ice.

Tobias Bjornfot – 12/31
On The QF Game vs. Finland
I think we need to come together as a group and play against Finland [they’re a good team]. We need to be better all over the place and take the puck to the net.

Quinton Byfield – 12/29
On Team Canada’s Play
I think each game we just keep on building. We’re building more chemistry and getting more comfortable with the way they want us to play, with the structure. I think we just keep on getting better each game, and that’s what you have to be [doing] in a short tournament like this.

On Finding His Game
In camp, I wasn’t playing hockey for 8-9 months there, and that definitely affects you a little bit and I had to ease myself back into it almost. I definitely found my footing and just been playing the same way, just trying to play hard and find the structure and everything just kind of happened tonight. I think [me and linemate Jacob Pelletier] had a good connection with some goals.

On Getting His First Goal
It was definitely a big relief. Not getting a goal last year definitely hurt a little bit, but I wouldn’t trade it for anything, we still came home with a gold medal and that’s the objective and that’s the same thing here. It was just nice to get a goal and contribute as much as I can, so I’m definitely happy with that. 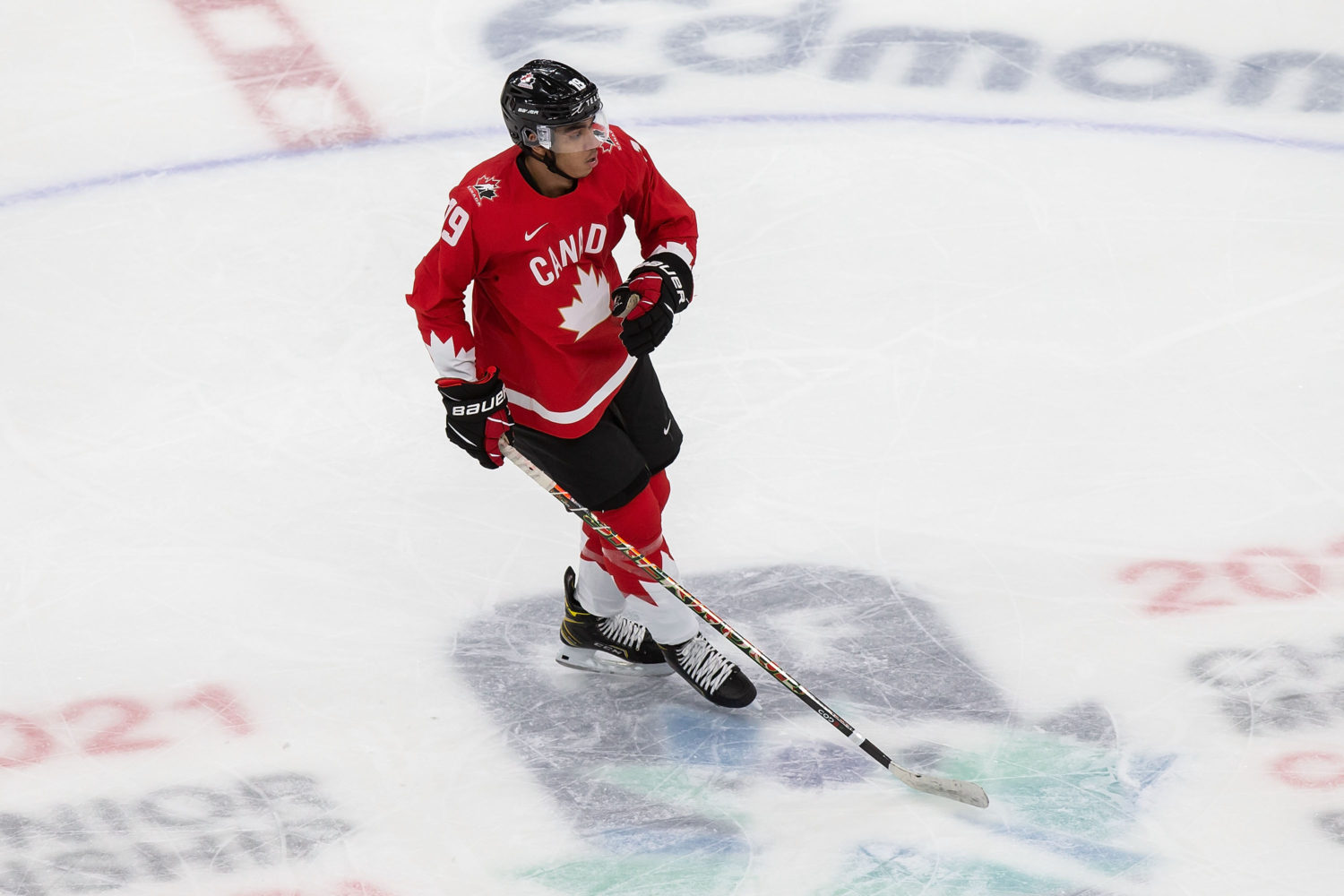 Jordan Spence – 12/27
On His Game-Opening Goal
It was my first shift and there was a puck in the corner, so I just tried to creep in. There was a loose puck in front of the net and it came right to me. Obviously I had to bury that, and I did, so it was really cool.

On Getting The Chance To Play
It’s unfortunate for [Braden] Schneider getting suspended, but this morning I was at the morning skate and I just wanted to get my mind into it as if I was playing. This afternoon I got the call I was going to be in the line-up, then they put me on, there was a loose puck there and I scored. There was a lot of emotions going on, just being scratched last game to coming back the next day, playing and scoring. It’s amazing but I’m just more happy about us winning the game.

On How He Stayed Sharp
We just tried to work on our edgework, shots on net, puck-handling, pretty much all of the things we needed to do to get ready for the game. For myself personally, I was just trying to do the little things during practice that can help a lot in games. I was just trying to put my mind to be ready for tonight’s game.

Lukas Parik – 12/27
On His Shutout vs. Russia
It was a great feeling. Of course we played great as a team, the guys helped me a lot so it’s a great feeling, but we have to refocus for other games.

On The Team Win vs. Russia
It was a great feeling, I can’t even describe it. I was just imagining how this game could happen and the guys looked great, we played really great as a team. The feeling was unbelievable. We have to refocus for other games, the game against USA, and just play our systems again.

On The Team’s Play Overall
I think everything begins in practice. If we’re good and holding our systems in practice and working hard in practice, that’s how we’re getting ready for the games. If we want to win other games, we have to be great in practice and play as one.

On The Team’s Power Play
I think it was very important that we scored a goal, two goals in that last period on the power play. It was important for us that we trust the process and got some goals. We’ve been playing well on the power play now.

Martin Chromiak – 12/27
On A Narrow Loss To Canada
After the game, we weren’t happy. We had so many opportunities to score the tying goal, so we were unhappy with that, but I think we did a really good job [throughout the game].

On Their Approach To Playing Canada
We were ready before the game. We had a good system, so I think we played really good defensively. We had a few chances, so we just have to be ready for tomorrow and hopefully we will win the game. 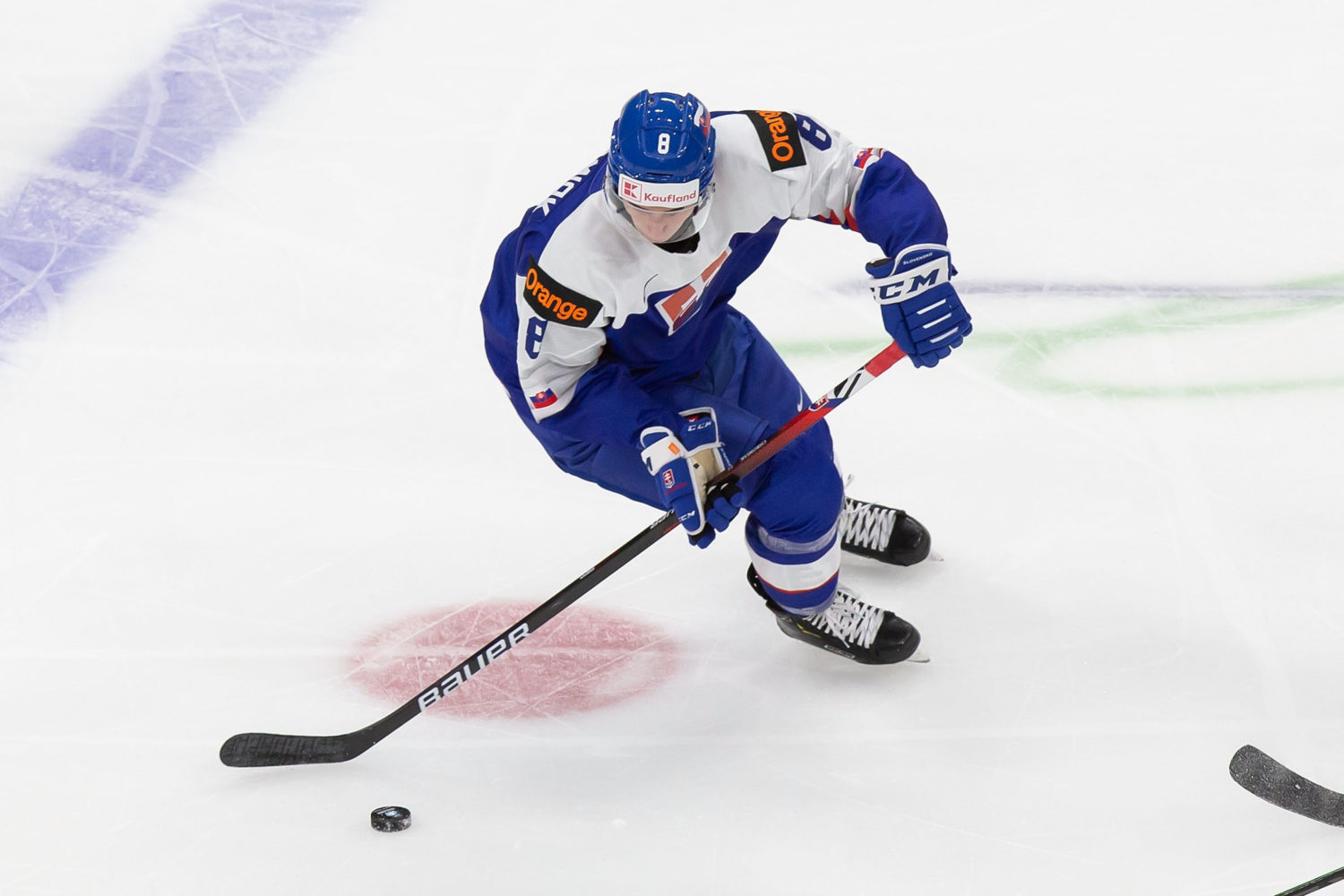