The LA Kings are signing forward Andreas Athanasiou to a one-year contract, as announced by the team earlier today. The deal is a one-way deal, worth $1.2 million at the NHL level.

THE VITALS
Athanasiou, a 6-2, 190-pound native of Woodbridge, Ontario, split last season between the Detroit Red Wings and Edmonton Oilers. The 26-year-old forward started the season with the Red Wings, posting 24 points (10-14=24) in 46 games. He was traded at the deadline to the Oilers where he posted two points (1-1=2) in nine games before the season was cut short. He went scoreless in four games with Edmonton during the postseason.

Originally selected in the fourth round (110th overall) in the 2012 NHL Entry Draft by the Red Wings, Athanasiou is entering his sixth season in the NHL, having appeared in 303 regular-season games posting 156 points (84-72=156). During the 2018-19 season he posted a career-high 30 goals and 54 points, second on the Red Wings in both categories. He has also appeared in nine postseason games, posting one point (1-0=1).

Prior to joining Detroit, he spent parts of three seasons with the Grand Rapids Griffins (AHL), appearing in 83 regular-season games and recording 51 points (25-26=51) and a plus-11 rating. He also played in 28 postseason games, totaling 15 points (7-8=15) and a plus-9 rating. 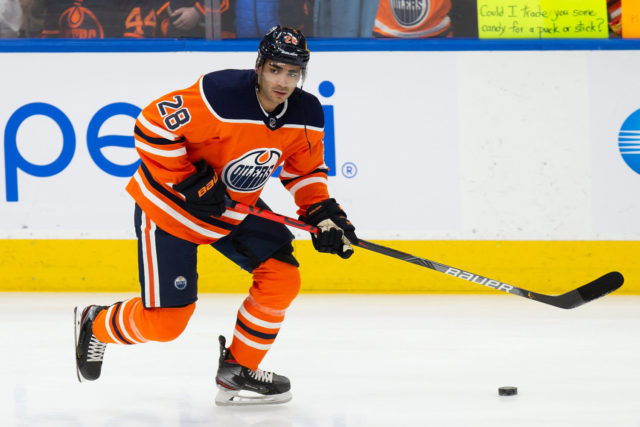 THE ANALYSIS
Athanasiou fits the profile of a veteran player it makes sense for the Kings to target. At just 26-years-old, he’s still in the middle of his career, but also brings with him some experience, to the tune of 303 games of NHL experience at right around a 0.5 points-per-game rate of production.

A fourth-round selection (110th Overall) by Detroit in the 2012 NHL Draft, Athanasiou broke into the NHL during the 2015-16 season and has remained as an NHL regular ever since. The Woodbridge, ONT native is just two years removed from a 30-goal campaign, where he produced with Dylan Larkin and Tomas Tatar as his most common linemates that season in Detroit.

Athanasiou collected 49 points from 56 games to open the season, before Tatar was traded to Vegas. Though his production dropped a bit after Tatar’s move, he remained a productive player in his remaining time with the organization and earned a two-year contract extension in 2018, which carried him to this offseason.

On a 2019-20 Detroit team that……struggled, to say the least, Athanasiou totaled 24 points from 46 games played in the 2019-20 season, with his .52 PPG ranking fifth amongst Red Wings forwards. With Detroit well out of the playoff picture, he was shipped to Edmonton at the deadline in exchange for Sam Gagner and a pair of second-round picks. Adding a player who was worth a pair of second rounders just months earlier, at a reasonable cap hit, feels like a strong value move for the Kings in what has been an offseason built on value adds (see Olli Maatta & Lias Andersson).

Analytically, Athanasiou has proven to be an offensively-driven player, who creates goals and generates shots at an above-average clip. Analytically speaking, however, the same can’t be said to date about his defensive zone contributions. At the end of the day though, we’re looking at a low (no?) risk signing, with high potential rewards for the Kings. Players signed to these types of deals aren’t flawless, but the possibilities here outweigh any downside. Good move in my book.

BONUS INFO – The Kings will release its training camp roster and schedule tomorrow, and General Manager Rob Blake will hold a media availability in the afternoon. Full coverage to come on LAKI! 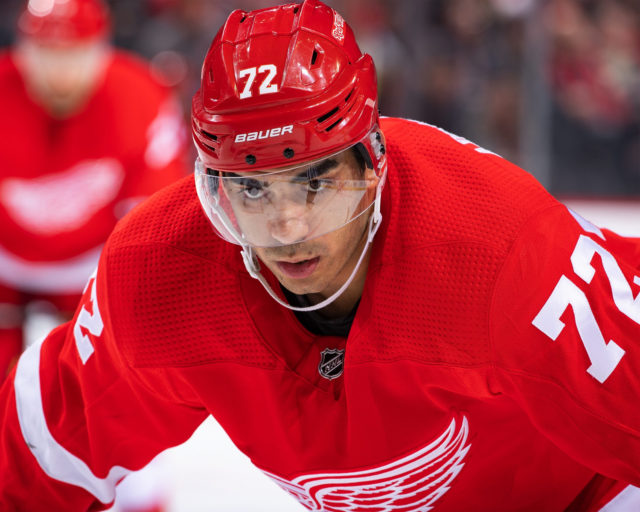