By Zach Dooley For LAKingsInsider.comNovember 16, 20200 CommentsUncategorized
via NHL

The LA Kings, along with the 30 other NHL teams participating in the 2020-21 season, unveiled their “reverse retro” jersey concepts. The Kings new sweater has nods to years past, featuring the logo from the late 80’s and early 90’s, specifically 1989, with a color combination used in the 60’s and 70’s that is famous in the Los Angeles sports scene.

The Kings jersey was one of the best received around the hockey community this morning, with many ranking it amongst the best released.

for the record, I believe the LA Kings reverse retro jersey is flawless. 10/10 pic.twitter.com/aMwbIjbxEX

Honestly, most of the #ReverseRetro jerseys are awesome. The Kings one is bloody perfection. The Leafs? Nah.

What do you think, Insiders?

From this morning’s official release –

NOVEMBER 16, 2020/LOS ANGELES – The LA Kings, the National Hockey League and adidas today unveiled the adidas Reverse Retro ADIZERO Authentic jerseys for all 31 NHL teams to be worn next season – marking the first time in League history that all 31 teams have participated in a League-wide alternate jersey program.

“We love the Kings jerseys and we feel our fans will as well as we hear so often from them that they enjoy when we go back and revisit our history,” said Kings President and Hockey Hall of Famer Luc Robitaille.

Hitting the ice in 2021. pic.twitter.com/uamn5faXQC

JERSEY DESCRIPTION: Los Angeles Kings (1989 – The year that Wayne Gretzky became the NHL’s all-time leading scorer) — This Reverse Retro Jersey features the team’s beloved crest, an homage to the ‘90s Era of LA Kings Hockey. The throwback look is combined with the founding LA Kings Forum Blue and Gold colors, a tribute to the team’s original uniforms in the ‘60s and ‘70s while also highlighting a favorite color combination of Los Angeles sports fans.

PURCHASE: LA Kings fans can buy the new jersey via special presale access — which will be available on LAKings.com — starting today, Monday, and through the TEAM LA Store. The jerseys will go on sale at all participating outlets beginning on December 6. Visit LAKings.com/ReverseRetro for all details.

adidas worked closely with the NHL and each team to design a Reverse Retro jersey representing unique and historical moments in each club’s history, while refreshing the color and design combination for an all-new presentation. Each team will wear the adidas Reverse Retro ADIZERO Authentic jersey in multiple games during the 2020-21 NHL season with special head-to-head matchups featuring exciting and renewed rivalries – both old and new – the league will announce later. 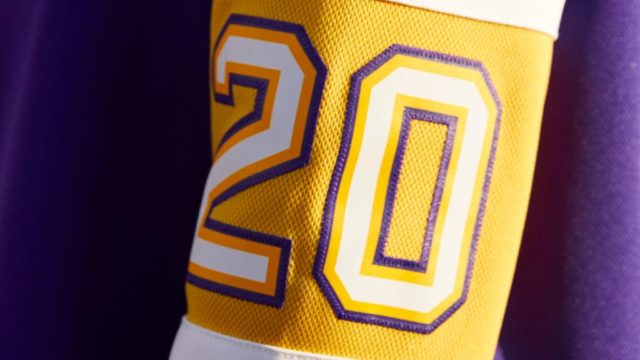 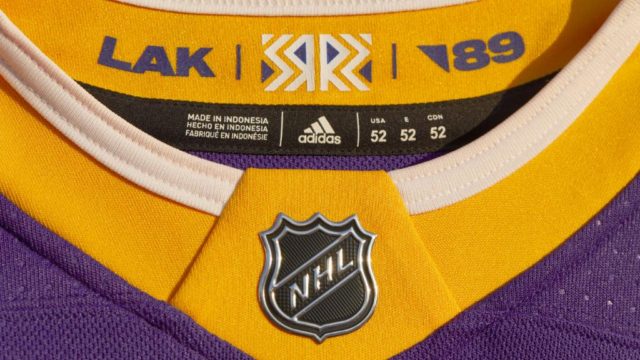 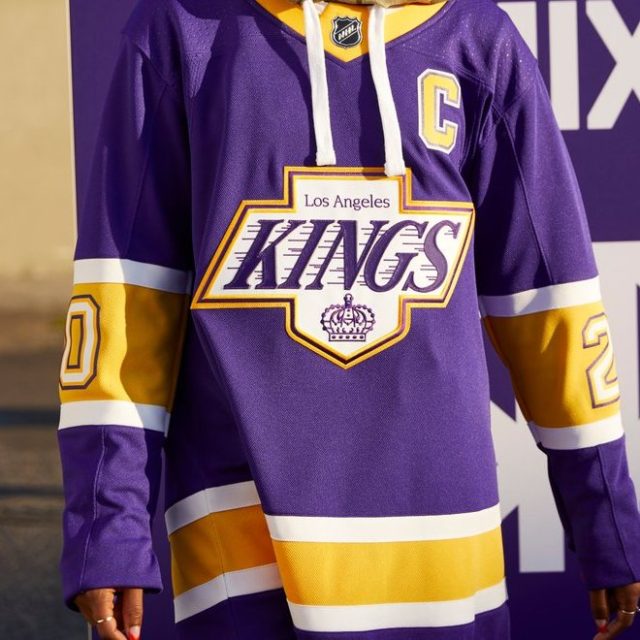