It’s a phrase used frequently in hockey, especially in a less-traditional market such as Southern California.

Growing the game can mean many things. The LA Kings have enacted on several initiatives that have helped to grow the game in our area, and behind the black, white and silver shield is Hall of Famer and Team President Luc Robitaille.

How he got involved is an important story. The story of ‘When Harry Met Sally’ was a bigger box office hit, but the story of how Luc Robitaille met Brad Berman is the important one for hockey in the South Bay and beyond.

Berman, a Southern California native, was a part of the first Junior A team ever to come out of the region, and he remained involved in the game throughout his professional life, beginning as a member of the LAPD in his early 20’s.

There, Berman was a part of the LAPD ice hockey team, which won a bronze medal at the Police & Fire Olympics in Nevada. When he returned to California, though, he discovered there were insufficient places to find ice as an adult, so he started the LA County Ice Hockey Association, which is where he met Robitaille’s then-agent, Pat Brisson. 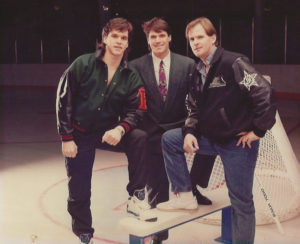 “I was initially playing against [Brisson] – which was very frustrating, because he was [damn] good – and he was Luc’s agent,” Berman said. “Through that relationship, I met Luc in the first year he was on the Kings. Pat and I talked to him about expanding the adult hockey league and also doing some youth hockey stuff, camps and clinics in Los Angeles.”

From there, the relationship took off.

Under Berman’s direction, Robitaille and some of his teammates with the LA Kings, including Steve Duchesne and Bob Kudelski, began running novice clinics for adults to learn how to play hockey.

Adult clinics then expanded into youth hockey, with Berman realizing an opportunity to help expand hockey’s presence in a crowded sports scene.

Through the clinics in Southern California and into Nevada, Berman’s programs impacted more than 6,000 adult and youth hockey players until a major roadblock presented itself – he simply ran out of ice to buy to satisfy the needs of a growing program.

A warehouse in North Hills, better known as Iceoplex, became the answer to Berman’s problems. With Robitaille as a silent partner, and Berman in management, the rink opened in the early 90’s, satisfying the need for more ice in Southern California and as a practice facility for the Kings.

Shortly after the rink was completed, the pair went their separate ways in the interim, with Robitaille traded to Pittsburgh followed by stops in New York (with the Rangers) and Detroit (where he won a Stanley Cup), and Berman going on to help establish and manage rinks around the United States.

Following the end of Robitaille’s playing career, he began to transition into business operations with the Kings, which was when he saw a reason to phone an old friend.

“When I came back with the Kings and started doing the business operations, I thought for us to run a good business, it was important for us to get involved with Toyota Sports Performance Center at the time,” Robitaille said. “I asked Mr. Anschutz if I could have that as a part of my role, and he agreed. I explained it as it was going to help us with grow the game. Doing the clinics, getting more alumni involved, that’s easy, but running the business itself, I knew I couldn’t do that. That’s when I called Brad.” 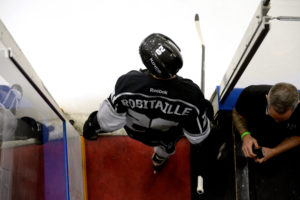 With Berman involved, the pair helped to turn the facility, which was originally called HeathSouth Training Center, around. Berman and his group got the building to embrace a new mindset and with some new philosophies, the building and its tenants began to experience more success.

“Having Luc’s voice and support to do that was critical,” Berman said. “Some of the things we were doing were changing what had happened there for eight years. We went from being focused just on the hockey, to be a retail business with public sessions, birthday parties, figure skating, learn-to-skate. We had 1,300 people per week showing up to learn to skate, and all of those things did not exist before we got involved.”

Looking at today’s world, Toyota Sports Performance Center is now the center of Kings operations, not just on the hockey front but on the business front as well, with Kings Chief Operating Officer Kelly Cheeseman also playing a significant role.

With TSPC now the central hub in the area, Robitaille and Berman have gone on to work on the refurbishment of historic Pickwick Ice Center in Burbank, which re-opened as LA Kings Ice at Pickwick Gardens in August 2019 after creating a joint venture partnership with AEG and Berman’s company ASEC an investment was made and major overhauls were completed. The pair also went on to start the massively popular LA Kings Holiday Ice, first run at LA LIVE and later expanded to additional surfaces.

Outdoor ice in Los Angeles, who would have thought!

“Luc got them to buy-in on it,” Berman said. “When we first did it, it was a little dinky rink, more of a 40 x 60 and a lot of people went skating and it grew year-after-year to where it is now, and it’s a very, very successful holiday rink.”

Though the program will be unfortunately not be held this winter, as confirmed by the Kings, it will hopefully return the following year.

What has remained in El Segundo, however, are two new tenants in Keck Medicine of USC and Meyer Institute of Sport, giving TSPC, which last year celebrated its 20th Anniversary, two premier sports medicine and athletic rehabilitation operations, and an even stronger footprint in the community for athletes of all skill levels.

“As we set out for a new vision at our facility, our goal was to create the premier sports science operation,” Cheeseman said at a press event at the new-look TSPC in September of 2019. “It was imperative to support our teams here with the Kings and AEG with the best in the world. We also strive to best serve the community stakeholders in the South Bay here at Toyota Sports Performance Center. With our new partners from Keck Medicine of USC and the Meyer Institute of Sport we certainly have achieved that. We are very proud to welcome them into our home and look forward to the years ahead together as partners.”

As everyone navigates through uncertain times ahead, the pair of Robitaille and Berman have their eyes on a couple of additional projects to continue to grow the game. There is an option to build and operate a second sheet of ice at Pickwick, as well as ongoing efforts in Reseda. In addition, there is a request for proposals to operate the now city owned Ice Station in Santa Clarita, and a possible future deal in the South Bay.

At the center of the matter, regardless of location, has been Robitaille and Berman. As President of the Kings, Robitaille would have no shortage of options with managing the properties but has continued to go back to Berman, and for good reason.

“He’s an expert at what he does,” Robitaille said. “His company had grown tremendously over the years……it’s just like you bring in a power-play specialist or you hire a coach who’s a defensive specialist, you need someone who can help you with the rink, and that was the idea behind it.”

As for Robitaille, his passion for the City of Los Angeles has continued to drive forward these projects, with the aim of continuing to expand the reach of hockey in the region.

“I know a lot of players, and Luc is extremely unique, talented and doesn’t take no for an answer. He’s always trying to find ways to do things better and make hockey in Southern California stronger and introduce the game to more people. His level of energy and enthusiasm, and his willingness to spend his own time, make personal financial investments in it, is what he’s committed to do.” 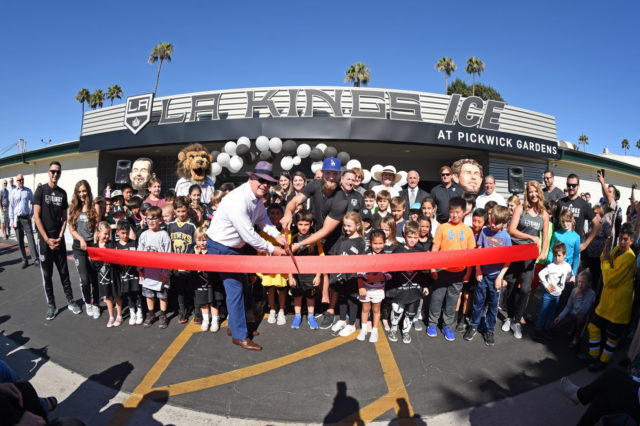