Via Corey Pronman (subscribe to The Athletic here)
Faber was a top-four defenseman for the NTDP. He’s an excellent skater. He is very good at closing on his checks, as well as turning up the ice and leading an attack with his speed. Faber can transition with his speed, but also makes a very good first pass and can move pucks well out of his zone. The main question on Faber is his offensive upside. He got power play time this season and has some puck-moving instincts, but his skill level and playmaking will never dazzle you. You’re drafting him for his skating, for how hard and well he defends, and hoping he has enough offense to play at the higher levels.

Via ESPN’s Chris Peters
A steady two-way defenseman with excellent skating ability, Faber didn’t have remarkable numbers this season but still got involved in plays offensively. His mobility is key for him at both ends of the ice. He can aid the transition with his feet and makes good feeds up ice.

What His Coaches Said – Seth Appert, USNTDP (via University of Minnesota)
Brock is an elite puck moving defenseman who has worked to become one of the best defenders in the world in his birth year. He comes from a great family and brings high level work ethic and character along with his skill package. 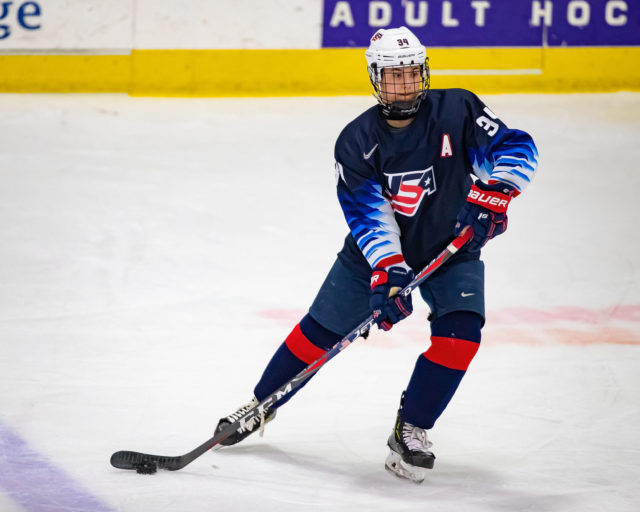