From AHL contract to AHL All-Star to NHL regular, Sean Walker is a poster boy for success within the LA Kings organization.

Now, the 25-year-old defenseman can add long-term contract extension to the list.

Walker signed a four-year deal with the Kings on Friday, tying him to the organization as a key piece for the foreseeable future. Walker’s contract, worth $10.6 million in total, keeps him in LA through unrestricted free agency in 2024, at a cap hit of $2.65 million per season.

“I’m obviously extremely excited,” Walker said. “I’m proud of myself and very happy to have that security for four years. I wanted to stay in LA for as long as possible, and to get the four years done was the goal from the start. I couldn’t be happier and everyone was super happy for me, so it was a really good feeling.”

Walker noted that conversations were delayed off the start by the uncertainty of whether or not the Kings would return to play, which they ultimately did not. From there, an initial conversation was started, expressing an interest, but talks didn’t get particularly serious until the last week or so, specifically picking up on Thursday and Friday with the signing ultimately becoming official on Friday afternoon.

Not all players have the same level of involvement when it comes to the financial side of the game. Kings defenseman Drew Doughty negotiated his own extension with the team back in 2018, as did forward Dustin Brown five years prior. The majority of players however, Walker included, negotiate using an agent. Walker said he was kept in the loop throughout the process and through advice, plus his own judgement, he deemed the deal a win for him on all fronts.

“My agent made sure I was involved every step of the way, made sure I knew what was on the table and what was getting tossed around,” Walker said of the negotiations. “At the end of the day, you look at the numbers, the comparables, and I was putting my faith in them and they told me how with the flat cap coming up and who knows what’s going to happen financially with the league over the next couple of years, the message was that this was a good deal.”

A good deal especially when you consider that just three years ago, the contract Walker signed didn’t even have an NHL logo at the top. Out of Bowling Green, the defenseman initially inked an AHL agreement with Ontario, beginning his professional career as a member of the Reign.

As he progressed through out his first professional season, Walker’s play began to catch the eye of Kings management, ultimately leading to his entry-level contract with the Kings in 2018. Sean O’Donnell of Kings Player Development noted, after Walker signed his NHL contract, that brass would head to Ontario to watch the “prospects” on NHL contracts, but return to Los Angeles impressed by Walker’s performances on an AHL deal.

Fast forward to the 2018-19 season and Walker shredded the AHL, with 17 points from 22 games from the blueline, meriting an AHL All-Star selection. From the All-Star break on, however, it was the NHL only for the 5-11 defenseman.

“Going from a minor-league contract a couple years ago to where I am now, I couldn’t be happier,” Walker added. “At the end of the day, you’re happy to have the security and the team having that faith in you to want you there for four years.” 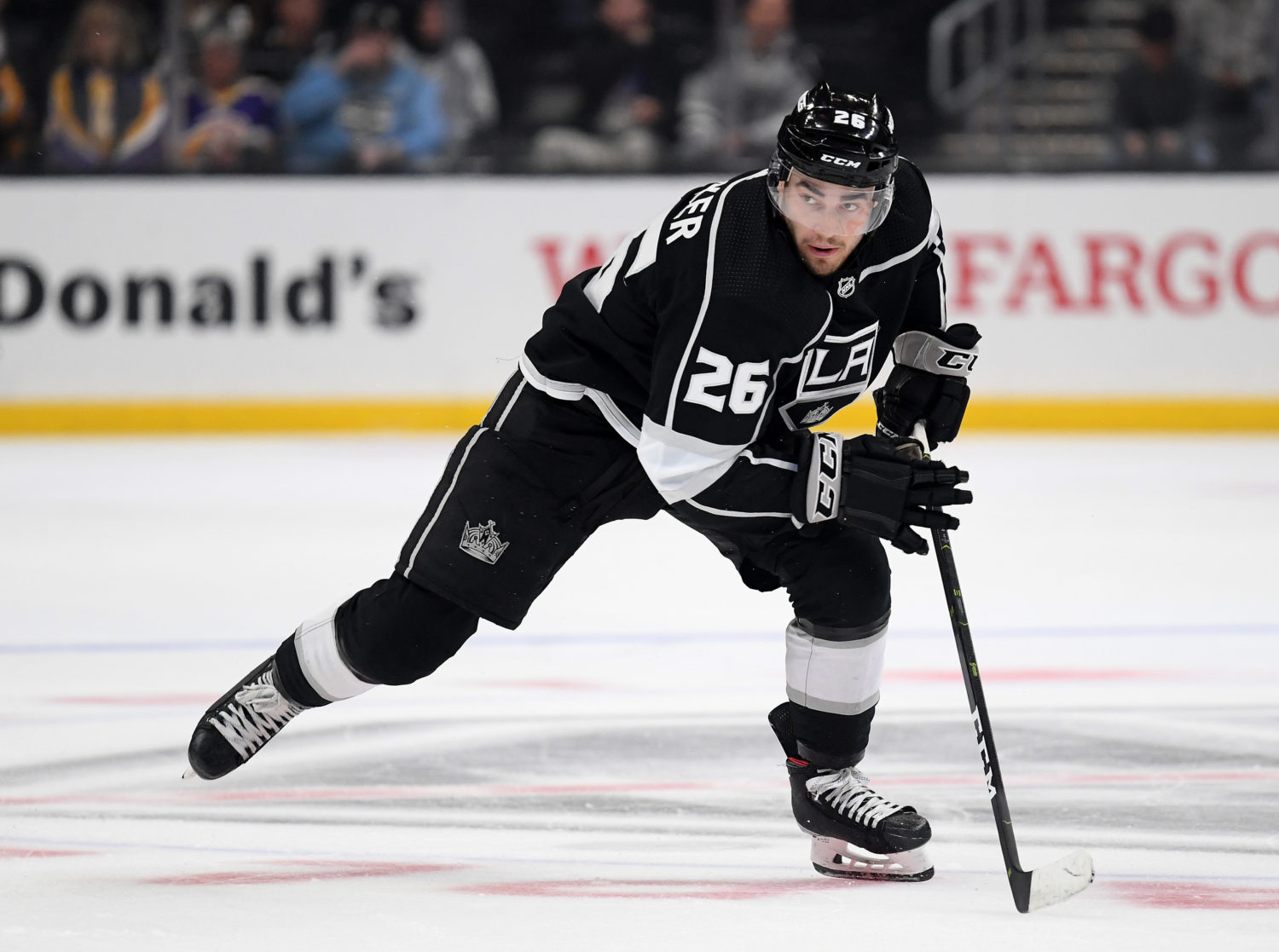 In Walker, the Kings are retaining a sound, NHL regular defenseman, who by some metrics ranked amongst the top defensemen in the NHL. Walker was a Top-15 rearguard leaguewide in both shot attempts for and shot attempt differential, finishing at +219 in the latter category. Analytically speaking, Walker was also a bright spot as he led the Kings in Corsi For (1080) and posted positive numbers in both Corsi (54.8) and Fenwick (53.8), while starting the second highest percentage of his shifts in the defensive zone amongst regular Kings blueliners.

As he progressed from an up-and-down player to a regular, the confidence that Walker showed at the NHL level began to grow. In the AHL, Walker was known as an elite skater who used that skating ability to join the rush and create odd-man opportunities, and as a player who could help contribute offense from the blueline. In Year 2 at the NHL level, those qualities began to shine through more so with the Kings as well.

“After that first year, there’s a comfort level that you get and when you’re playing every night, that helps a lot too,” Walker said. “To be able to do that, and know that the coaches were confident in what I was doing on the ice – they pretty much told me to use my strengths and go out there and play the way I can play – just helped me to go out there with that confidence. I think that was huge for me.”

Looking ahead, the goal for the now second highest paid defenseman on the roster is to cement his place as a Top-4 blueliner with the Kings.

“I think that’s my goal going forward, is to be a Top-4 d-man every night,” he said. “To be relied on, on the penalty kill and anything defensively and to be able to contribute offensively, that can potentially be a big part of my game. If I can do that and get time on the power play, contribute there as well, that would be great.”

Los Angeles has proven to be pretty set on the right side of the blueline, with Walker accompanying Drew Doughty and Matt Roy as right-shot defensemen who played regularly last season. But at the same time, that means that only two of the three can play top four minutes without one switching to the left side, which Walker did at times a season ago.

Not a bad problem to have, though.

As Walker enters what will be his second full NHL campaign in 2020-21, he does so now as a part of that second wave of Kings “veterans”, joining players such as Alex Iafallo and Adrian Kempe as guys who aren’t quite as established as say Anze Kopitar, but aren’t cutting their teeth as first year professionals either.

While he knows he doesn’t quite have it all figured out, Walker looks forward to embracing that role a bit when the Kings return to play.

“I still technically am a ‘young guy’, but I’m that older guy out of the younger guys, because of the route I took with college,” Walker said. “That’s something that guys like me and Matt Roy will be able to develop more, to have those younger guys be able to feel comfortable coming to us if they have any questions, or to talk with. I hope that’s something that can come out of my development as a player for sure.”

Oxymorons aside, the older young guy has a place in the Southern California until 2024, something that Kings fans should be pretty excited about. 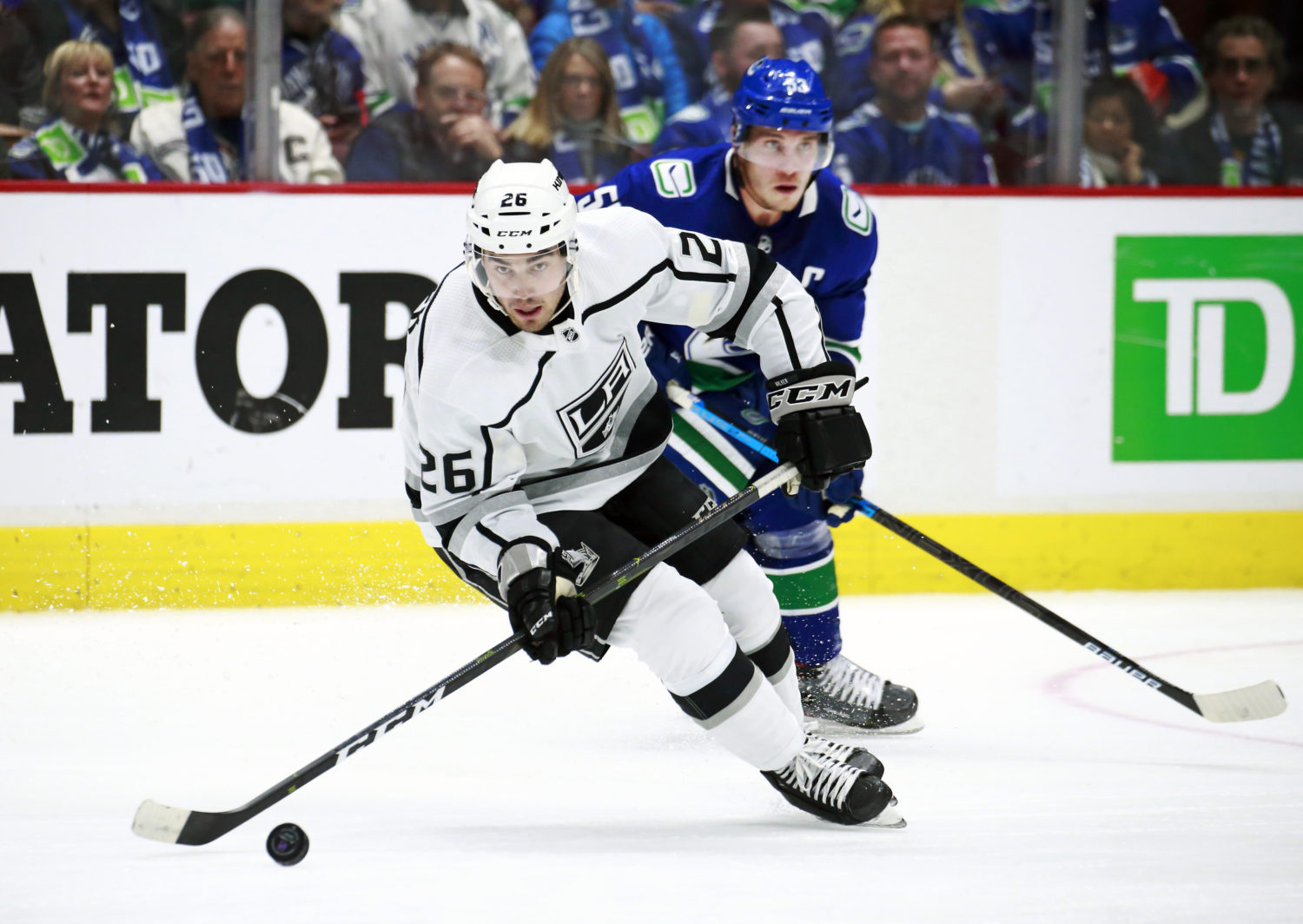