The LA Kings are committed to injecting talented youth into their lineup over the next few seasons and under normal circumstances, this is the time of year when younger players typically start returning to their respective NHL cities to skate with teammates and set their sights on competing for a roster spot with the big club.

Due to the impact of the pandemic and the extended period of time between meaningful on-ice sessions, it has led the Kings, and other NHL teams, getting creative with their European prospects in particular. 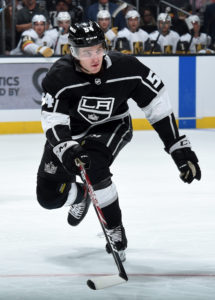 With the European hockey calendar emerging, teams across the league have been loaning some European players to clubs in different European Leagues. For LA, that means the upcoming season for Tobias Bjornfot, Johan Sodergran, Samuel Fagemo, Carl Grundstrom and Jacob Moverare will begin in September, with leagues in Sweden and Finland beginning play on the 2020-21 campaign. While nothing is certain, it would not be a surprise to see more follow in those footsteps. These loans provide players with valuable practice time and game situations while a clause in their agreements allow them to come to North America when camp starts.
Simply put, it’s a smart way to prevent developmental delays and to maintain the same growth pattern of players at their age level.

In the case of Bjornfot and Sodergran, it means a return to their roots in Sweden with the intent of building on the momentum both experienced in 2019-20 during their first pro season in North America with the Ontario Reign (AHL). After training camp with the Kings last season, Fagemo returned to Europe where he had a strong season with Frolunda (SHL) and enjoyed a breakout performance at the 2020 IIHF World Junior Championship, leading the tournament in goals and points while helping Sweden to a bronze medal. Grundstrom will return to Sweden for the first time since the 2017-18 season, when he came over to North America following his season with Frolunda to help the Toronto Marlies (AHL) win the Calder Cup. Moverare will move from the SHL to Liiga to play in Finland after posting the best year of his career last season with Frolunda.

In terms of their loan assignments, it was recently announced that Fagemo will play with Sodertalje, Sodergran will join Almtuna and Grundstrom will join IF Bjorkloven. All three teams are part of Allsvenskan, Sweden’s second-highest division. Bjornfot will return to Djurgadens IF of the SHL, Sweden’s top league, where he was a full-time member just two seasons ago before he came over to the United States to join the Kings organization. Moverare will play for SaiPa, a team that competes in Liiga in Finland.

It’s important to note that the Kings are working with their prospects in North America as well, but with restrictions for border crossings and quarantining, the European model is a valuable asset for those players currently overseas.

In both Europe and North America, these emerging young players can make great strides off the ice and in the gym, but they also need practice time and game situations if they want to make overall improvements. 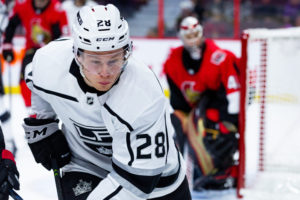 Over the last two seasons, players like Jaret Anderson-Dolan in 2018 and Bjornfot in 2019 not only earned the chance to start the season with the Kings, but were able to learn on-ice nuances from examples set by veterans like Anze Kopitar, Drew Doughty, Dustin Brown, Jeff Carter and Jonathan Quick. Though their stints with the Kings were short-lived, their brief NHL experiences provided valuable lessons that continue to play key roles in their overall development.

Training camp is slated to begin in November and players will benefit from the added ice time they are getting now. Alleviating a longer layoff will be important to help prevent players from being a step behind when the pressure of a training camp environment is thrust upon them and they join their veteran NHL teammates.

Ultimately, the core motivation is readiness for when the Kings regroup and removing any potential limitations imposed by the pandemic. The anticipation is that these players will have made bigger gains than if they had remained off the ice and will be well positioned to compete for a roster spots throughout the organization.

That’s an important step on the road back. 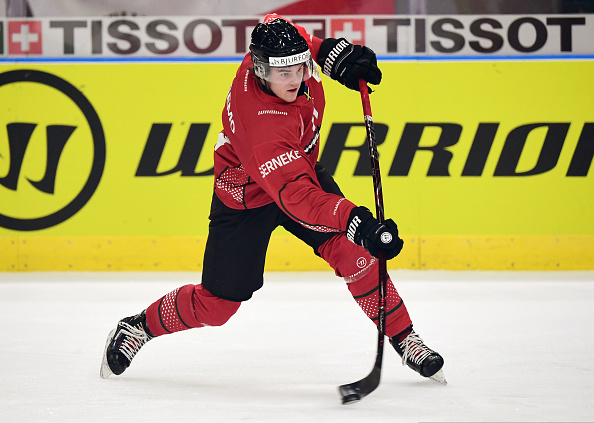 Carl Grundstrom and Austin Wagner and each signed contract extensions.

NOTE – Eddie Fischermann works for the Kings and is one of many contributors to LA Kings Insider during this time. Our organization understands the importance of LAKI to you and remain committed to evolving the platform and providing even more content once we resume usual operations.