By Zach Dooley For LAKingsInsider.comJuly 28, 20200 CommentsUncategorized
via LA Kings

The NHL announced today that Trevor Lewis is among the 31 nominees for the King Clancy Memorial Trophy and we can’t think of anyone who is better-suited to represent the Kings for this annual award.

Throughout his career, Lewis has been equally valuable on the ice and in the community, always going above and beyond to make a positive impact. He is a tremendous teammate and a high-character individual who is generous with his time and commitment to fans and members of the community. Lewis’ nomination is his second honoring of the summer, after he was honored as the Kings Daryl Evans Youth Hockey Service Award, as selected by the Kings Hockey Development Staff, for his commitment to youth hockey in the area.

Lewis, a first-time King Clancy nominee, is in good company for this season’s award – a full list of nominees can be found here.

Lewis would be just the second player in Kings history to win since Dave Taylor, who earned the honor in 1991. Taylor had the following to say about his own award – 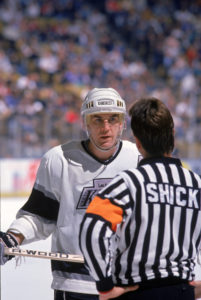 “Obviously, I was honored to be selected as the recipient of the King Clancy Memorial Award and the Bill Masterton Memorial Trophy in 1991.

It was different back then. I was not even aware that I had been nominated for either award. I was in Vegas with Marcel and Charlie for the NHL awards ceremony as the Triple Crown Line were asked to make a presentation. I found out at the rehearsal in the morning that I would be receiving both awards that night.

I feel fortunate, that I was able to play my whole career in Los Angeles with the Kings and become connected with the Community. We were active with several local charities, including the Cystic Fibrosis Foundation. Beth, along with Jim and Susie Fox were the founders of the Tip a King events. To be awarded the King Clancy Memorial Trophy meant a lot to me and my family.”

In 1988, the award was introduced in honor of Frank “King” Clancy, a former player, referee, coach, manager and ambassador. A three-time Stanley Cup champion and 1958 inductee to the Hockey Hall of Fame, Clancy’s storied history set the tone for the award that now goes to the player who “best exemplifies leadership qualities on and off the ice and has made a noteworthy humanitarian contribution in his community.”

It takes a special player and person to win the King Clancy Trophy but each nominee should be applauded for the impact they have made in their respective communities over the past season. 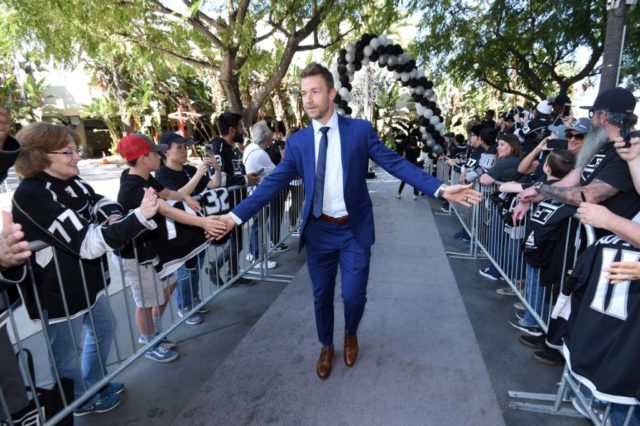