The Ontario Reign have re-signed forward Brett Sutter on an AHL contract, with the veteran forward slated to return to the organization for his franchise record sixth season with the team.

Sutter is the only player to have skated for Ontario in each of the team’s six seasons as a member of the AHL. The now 33-year-old forward is the all-time Reign franchise leader in goals, assists, points and games played.

Not only is Sutter’s re-signing important on the ice – he was one of just four Reign players with 10 goals and 25 points during the 2019-20 season – but his presence in the locker room has been an important staple for the Kings process of developing its younger players.

More to come on Sutter later in the week – Chatted virtually with the captain about his return to Ontario, his role in developing future Kings and more. Stay tuned! 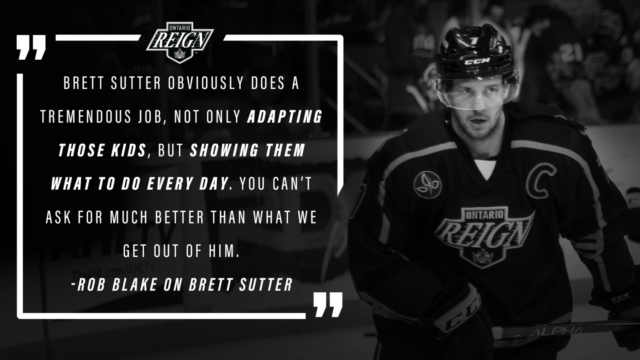 The 33-year-old Sutter collected 26 points (10-16=26) during the shortened 2019-20 season, his fifth as a member of the Reign organization. Sutter, who was one of four Ontario skaters with both 10 goals and 25 points a season ago, became the franchise’s all-time leading scorer on October 26 against San Diego. The Viking, AB native ranks first in Reign franchise history in games played (275), goals (69), assists (79) and points (148).

In 2019, Sutter became the 39th player in AHL history to appear in 800 career regular-season games, and was named as the winner of the Fred T. Hunt Award, as the AHL player who best exemplifies the qualities of sportsmanship, determination and dedication to hockey. Originally drafted by the Calgary Flames in 2005, Sutter has totaled 392 points (164-228-392) in 870 games over his AHL career with Ontario, Iowa, Charlotte, Abbotsford and Quad City, along with 10 points (2-8-10) in 60 NHL contests with Minnesota, Carolina and Calgary. 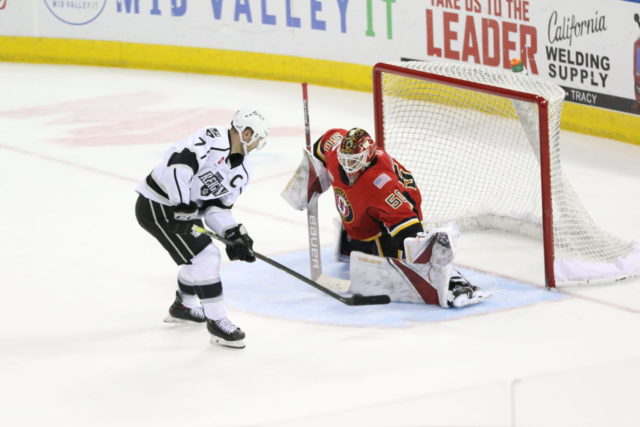