The Ontario Reign’s 2019-20 campaign is over, but the season rolls on for several Reign alums who will be participating in the NHL’s Return to Play program. Training Camps opened this afternoon in Phase 3, with games beginning on August 1. A look at those returning to action, who played with the Reign before progressing on to the NHL.

Nic Dowd – Washington
2015-16 Ontario Reign leading scorer Nic Dowd and the Washington Capitals have a bye to the Eastern Conference Quarterfinals, and will open their slate of play with three round robin games to determine Round 1 seeding.

Dowd has become an NHL regular since graduating from the AHL in 2016, skating with the Kings, Canucks and Capitals in that span. Dowd has found a home in Washington, where he’s spent the last two seasons. Dowd scored an NHL career-best eight goals, and tied his mark of 22 points, during the 2018-19 season, and has posted a +21 rating over the last two seasons combined.

Dowd’s lone season with the Reign was a productive one, as he tied for the team lead with 34 assists, which are also tied for the third most in a single season by a Reign player. Dowd’s 48 points from 58 games played led the team at .83 points-per-game, while his 11 points from 13 playoff games were also a team high, as Ontario advanced to the Western Conference Finals.

Philippe Maillet – Washington
Although he has yet to make his NHL debut, forward Philippe Maillet was selected as one of 20 forwards representing the Capitals during Phase 3. Maillet spent the 2019-20 season with the AHL’s Hershey Bears, alongside former Ontario teammate Matt Moulson, where he continued to build on the strong offensive foundation he established in Ontario.

Maillet increased his offensive totals in each season with the Reign, and his 38 assists during the 2018-19 season were an Ontario franchise record. Maillet tallied 17 goals and 44 points with Hershey, which led the Bears in scoring. A late bloomer, Maillet signed his first NHL contract with Washington in July 2019, at the age of 26.

Jack Campbell – Toronto
One of the Reign’s top developmental alums, Jack Campbell enters the postseason with the Toronto Maple Leafs, following his midseason trade. Though the condition of six victories, which would have upgraded the draft pick that LA received in the deal, was ultimately not realized, and perhaps cut short by the NHL’s pause in the season, Campbell did go 3-2-1 with a .915 save percentage in six games with Toronto, helping to stabilize the goaltending position as Frederick Andersen returned from injury.

Campbell joined the LA organization in 2016 and instantly became Ontario’s starter, as he appeared in 52 games with the Reign during the 2016-17 season. Campbell posted a 31-15-0 record with Ontario, along with a 2.52 goals against average and a .914 save percentage, resulting in an appearance at the AHL All-Star Classic. Campbell went on to excel with both Ontario and Los Angeles in 2017-18, before he ultimately graduated to the NHL beginning with the 2018-19 season.

Kyle Clifford – Toronto
Kyle Clifford is an alum of both the AHL and ECHL Reign. Clifford played nine games with ECHL-Ontario during the lockout in 2012, and also skated in two games while rehabbing an injury with AHL-Ontario in the 2015-16 season.

The shortest tenured Reign alum on this list, Clifford did collect seven points from his time in the ECHL with Ontario. Like Campbell, Clifford was traded to Toronto midseason, and him re-signing with the Maple Leafs in the offseason would upgrade a draft pick included in the deal from a third-round selection to a second-round selection. 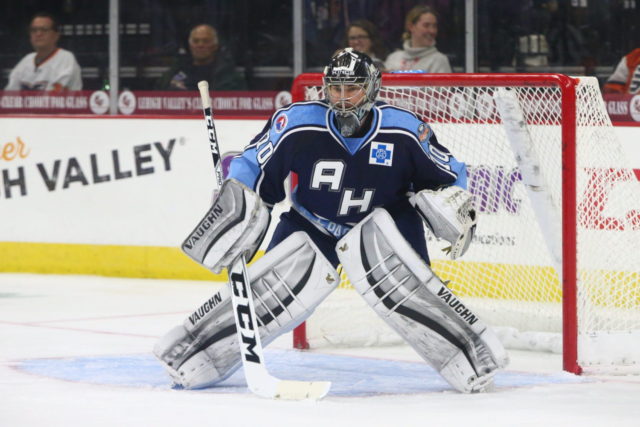 Derek Forbort – Calgary
Forbort, the Kings first-round pick in 2010, was sent to Calgary at the 2020 Trade Deadline, netting a fourth-round selection that could turn into a third depending on the Flames’ playoff success. Forbort spent the majority of the 2015-16 season with Ontario, as he skated in 40 games with the Reign, as well as all 13 of the team’s games in the Calder Cup Playoffs. Additionally, Forbort skated in five AHL games with the Reign this past season, as he returned to action following a lengthy offseason injury.

Forbort appeared in seven games with the Flames following the trade deadline, and has played in 268 NHL games with the Kings throughout the course of five seasons. The now 28-year-old blueliner missed just five total games over three seasons from 2016 – 2019.

Oscar Fantenberg – Vancouver
Fantenberg re-joins the Canucks as one of 12 defensemen on the Phase 3, training camp roster. Fantenberg has six points from 36 NHL games played this season with Vancouver, and has appeared in 124 games in total throughout his NHL career with the Cauncks, Flames and Kings.

Fantenberg came over to North America with the Kings organization in 2017, following a season in the KHL and seven seasons in Sweden’s top division. The 6-0 blueliner skated in 25 games with Ontario during the 2017-18 season, and was over a half-point-per-game, with a goal and 12 assists in that time. Fantenberg was also a part of the Reign’s 2018 Calder Cup Playoff roster, as Ontario fell to Texas in Round 1.

Scott Wedgewood – Tampa Bay
Similar to Maillet, Wedgewood spent his 2019-20 season in the AHL, but the return-to-play has created opportunities for goaltenders to skate with the NHL clubs. Wedgewood went 13-8-2 with the AHL’s Syracuse Crunch, as he split time between the pipes. In his career, Wedgewood has appeared in 24 NHL games with New Jersey and Arizona, including 20 with the Coyotes during the 2017-18 season.

Wedgewood’s Reign career was short, just six games, as he joined the organization late in the 2017-18 season. The Etobicoke, ONT native backed up Cal Petersen, following Jack Campbell’s permanent NHL recall, and helped guide the team to the 2018 Calder Cup Playoffs, as he started four games down the stretch. 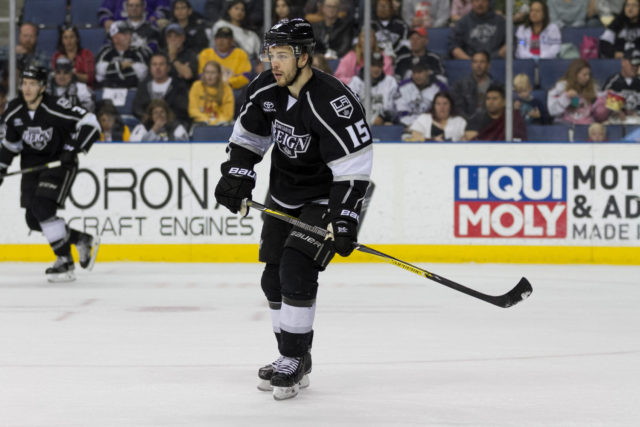