With more possibilities than anyone, Kings await their fate in Draft Lottery - LA Kings Insider

As we approach tomorrow’s NHL Draft Lottery, the LA Kings, along with the six other eliminated teams and eight to-be-eliminated teams, await the fate of the ping pong balls.

Hopefully the league switched brands from the ping pong balls they used last season, after you know…the ones used last season shuttled the Kings down from pick 2 to pick 5. Personally, I’ve always been a fan of a good Stiga, or the orange ones found at your local gas station.

Ball brand aside, a few things to keep in mind –

Since the Draft Lottery was introduced in 1995, just nine of the 25 last-place finishing teams have actually won the lottery. That is a higher rate than the 2020 odds would suggest, which give Detroit less than a 1-in-5 chance of selecting first overall. With the fourth best odds at picking first overall, the Kings have a 9.5% chance at the top pick and a 28.8% chance at picking in the top three, while also holding the distinction of being the only team in the league that can pick anywhere from first through seventh. History does have a chance of repeating itself though, as it was just four years ago when the fourth-positioned Devils won the first overall selection in the 2017 NHL Draft.

It’s kind of ironic, isn’t it, that the Kings sit in fourth-to-last in the standings, but have just a 2.8% chance of actually selecting fourth, their lowest odds of any of the available seven slots That means that in just 2.8 of every 100 simulations, the teams with the best odds of selecting 1-2-3 actually finish in those positions, which is about one third as likely as three play-in round teams selecting there. The lottery is designed to create excitement amongst the teams, rather than adhere to the order of the standings. Lots of room for movement!

So, what does finishing first versus fourth versus seventh mean for the type of prospect that will enter the LA Kings system? Let’s take a look back at the history of teams selecting in the Top 7.

Top 2
Should the Kings land in the top two, which the organization has a 19.1% chance of doing, the odds of selecting a long-term contributor greatly rise, should history be believed.

Let’s take a look at the 20-year window from 1991-2010 as a historical reference. For starters, 20 Stanley Cups have been won by the group, along with more than 30 other individual league awards. The average player selected either first or second overall has played 925 games in the NHL, each of the two positions has seen seven players reach the 1,000 games played mark and so far, and four players have registered 1,000 or more points. Top overall selections have held a slight advantage in average career points (683 vs. 660, excluding goalies), while second overall selections have, on average, played more games (936 vs. 914).

I chose that window to exclude players in recent draft classes who are still in the first half of their careers, with many of which not finished in their developmental curve. The most recent nine years do, however, show similar variance, with the average players selected first overall holding narrow leads in games played (+11) and points-per-game (+.07 PPG), with several established NHL players in both slots. 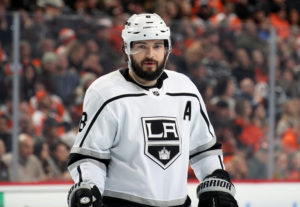 While, in general, the separation amongst the Top 7 picks places first and second into a similar bucket, the first overall selection has generally produced players to the NHL on a quicker basis. Each of the last 13 top selections, and 19 of the past 20, played their rookie season in the NHL, while just 12 of the 20 second overall selections in the same span spent the bulk of their rookie seasons in the NHL. While the player selected first overall is more likely to play their 18-year-old season in the NHL, the player selected one pick later has similar historical odds of having a long career in the league, just on a different curve.

Every draft is different, and having the number one overall selection is more valuable in certain years than others. If the Kings are fortunate enough to select first overall, they will have their pick of player, but winning the second lottery pull and selecting second has proven over the years to also produce a long-term NHL player.

Pick 3
Pick number three, the third and final lottery selection, has historically found itself on an island, both in production and literal order. It’s sandwiched directly between the first two selections, and picks four through seven in order, and in general success.

Third overall picks, while using the same 20-year sample size from the prior section, have played an average of 854 games, and collected an average of 447 points, in their NHL careers. Similar to picks 1 and 2, the third overall selection has produced seven players with 1,000 or more games played in the NHL, but it’s the depth in the selections here that have lowered the overall totals. Two of the 20 players selected third overall have played 310 games or fewer, and without those two included, the remaining 18 players have averaged 922 games played, placing them right in line with the top two overall selections.

Notable third overall selections over the years include Jonathan Toews and Leon Draisaitl, Henrik Sedin and Marian Gaborik, as well as Pat LaFontaine and Scott Neidermayer.

Picks 4 – 7
Picks 4 – 7 are where the odds dictate that the Kings are most likely to make their selection. As mentioned earlier, while the Kings finished fourth to last in the NHL in points percentage, their odds of actually selecting fourth overall are rather slim (2.8%). The Kings have a 68.4% chance of selecting fifth, sixth of seventh, with sixth overall their most likely destination at 34.0%.

This presents good news, and bad news, in a way. The good news in the Kings case is that it puts more value on the scouting department, in the sense of choosing the right player, and early results on the Rob Blake era have produced quality draft picks. The bad news is that staying at four isn’t necessarily more of a sure thing than picking seventh, but on the flip side, picking seventh has historically provided similar value to picking fourth, fifth or sixth. Here’s how the four slots have stacked up over the 20-year sample size – 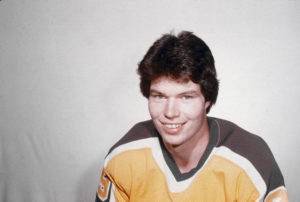 Outside of the slight outlier in games played at fifth overall, these four selections in the draft have generally stacked up fairly similarly in terms of talent produced. Players like Nicklas Backstrom and Alex Pietrangelo were taken fourth overall and players like Ryan Suter and Jakob Voracek were taken at seven. Talent has been available at all four selections, with a general lack of consistency between the four selections, and even if you put stock into the success at fifth overall, those players were available at number four, just passed on.

The conclusions I draw from these numbers are that talented players will be available to the Kings if they pick fourth through seventh, and it will be up to the scouting staff led by Mark Yannetti to determine the proper player to fit into the organization. The Kings have picked inside the Top 11 just twice in the past 10 years, coming away with Gabriel Vilardi and Alex Turcotte. If the percentages hold true, and the Kings do pick fifth or sixth, history shows that the team will have the opportunity to select a player with a long NHL career ahead of him.

For more information on Friday’s draft lottery, see here, or follow the All The Kings Men Live Show today at noon. Following the tomorrow’s draw, the LA Kings will host a Post Draft-Lottery Panel Post-Draft, starting at 5:30 PM on the LA Kings Twitch Channel. 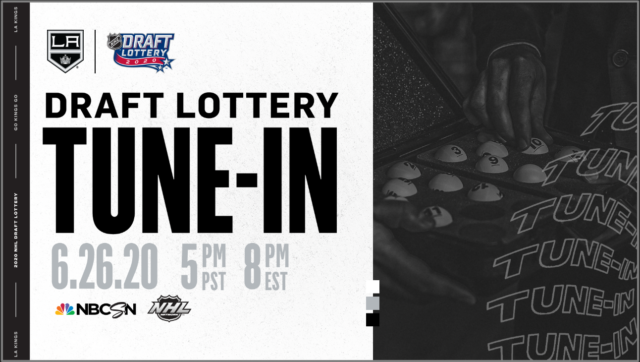