Kaliyev led the Hamilton Bulldogs of the Ontario Hockey League (OHL) with 44 goals and 54 assists for 98 points in 57 games in 2019-20. The 6-2, 190-pound forward also registered 16 power-play goals. The 18-year old finished fifth in the league in points, tied for sixth in goals, third in power-play points (41) and tied for third in power-play goals. He also received the Jim Mahon Memorial Trophy for the league’s top-scoring right winger and was a finalist for the Red Tilson Trophy for Most Outstanding Player of the Year.

The native of New York City, N.Y., was originally a second-round selection (33rd overall) of the Kings in the 2019 NHL Draft.

Spence, a 5-10, 175-pound blueliner, posted 52 points (9-43=52) and a plus-49 rating in 60 games this season with the Moncton Wildcats of the Quebec Major Junior Hockey League (QMJHL). Among league defensemen, he ranked second in assists, fourth in points and first in plus/minus on his way to being awarded the Emile Bouchard Trophy as Defenceman of the Year.

Spence was originally selected by the Kings in the fourth-round (95th overall) in the 2019 NHL Draft. 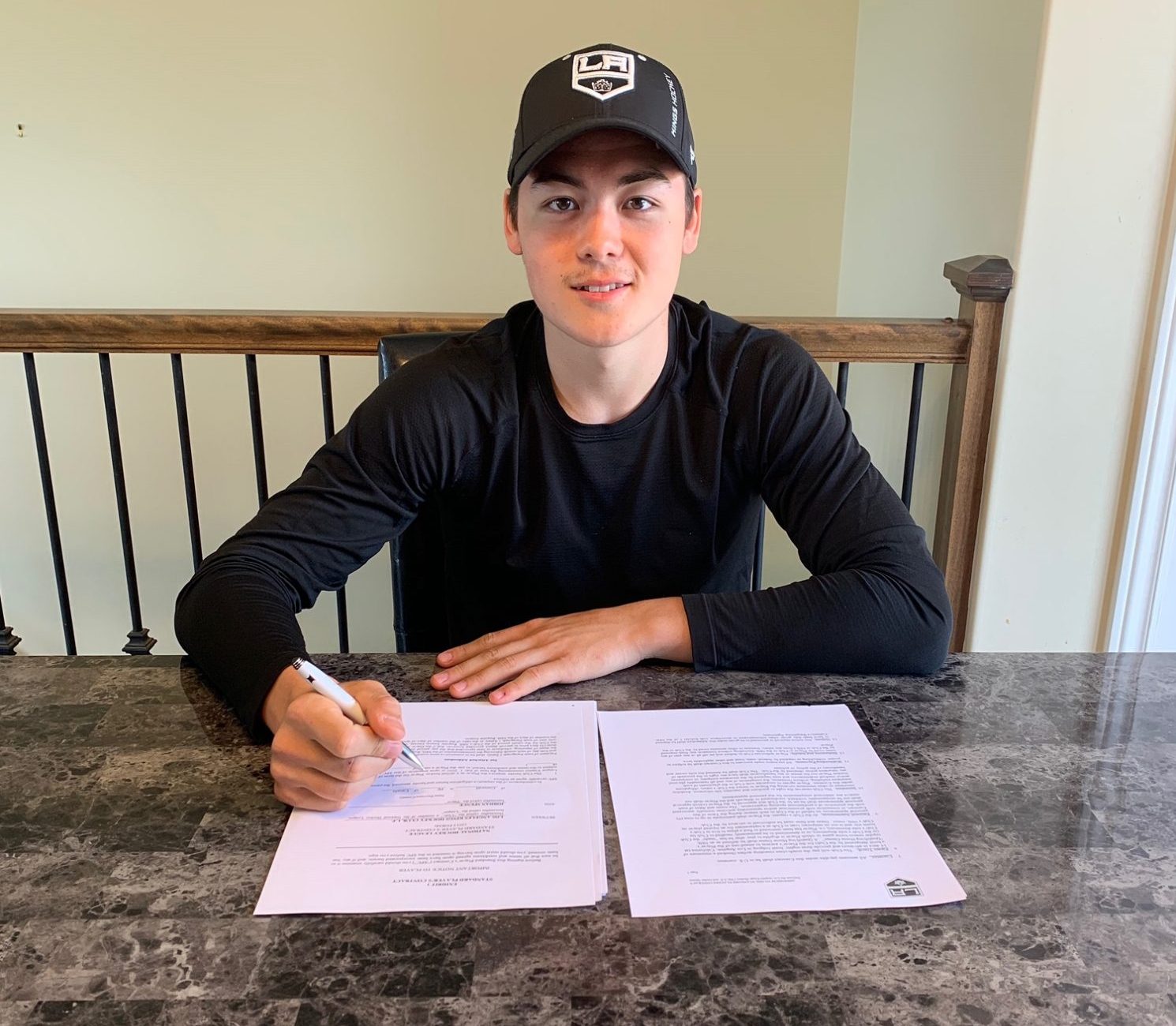