— The vitals: Today’s skate was optional. Cal Petersen left the ice first and is the projected starter against Ottawa, a team he’s never faced. This will be the seventh consecutive game in which Petersen and Jonathan Quick have alternated starts. The two have combined to post a .939 five-on-five save percentage over the past month, the league’s highest rate. I’m not expecting any lineup changes, meaning the Kings align with a forward group of Iafallo-Kopitar-Brown, Kempe-Lizotte-Lewis, Moore-Vilardi-Frk and Prokhorkin-Amadio-Wagner, and defensive pairs of Hutton-Doughty, Anderson-Roy and MacDermid-Walker.

— Their vitals: Craig Anderson, the sixth oldest active NHL player behind Zdeno Chara, Joe Thornton, Patrick Marleau, Ron Hainsey and Ryan Miller, will draw the start in net. (Born on May 21, 1981, he’s one month and three days older than yrs truly.) Anderson is 5-7-4 in 18 career games against Los Angeles with a 3.38 goals-against average and an .888 save percentage. His two-year contract expires after this year. Goalie Anders Nilsson (concussion symptoms) and defenseman Mark Borowiecki (lower-body) are on injured reserve and will not play tonight, while forward Artem Anisimov has missed the last three games with an upper-body injury. Former Kings farmhand Scott Sabourin, who suffered a broken nose and other facial injuries in a violent head-on-head collision with David Backes in November, has two goals, six points and 33 penalty minutes in 34 games.

— Lukas Parik goalie goal! It’s below, and make sure you stay for the celebration.

It’s a special day whenever we can call upon the harmonious diction of WHL and KREM legend/broadcasting firebrand Mike Boyle. Hang around for the interview.

— Tonight’s officials are referees Tom Chmielewski and Chris Schlenker and linesmen Trent Knorr and Bevan Mills. More to come soon from Todd McLellan. But first! Let’s take a look at Lukas Parik’s goalie goal last night and catch up on team videos, beginning with the most recent episode of Black and White:

“For 40-plus years, the LA Kings traded away most of their picks. For years. And the results were we never won a Stanley Cup. So if that doesn’t tell you enough – that the way to do it is to draft well and keep your draft picks, make sure you develop well and at the same time when you have those players, that they understand what it means to play for a team.”
-Luc Robitaille 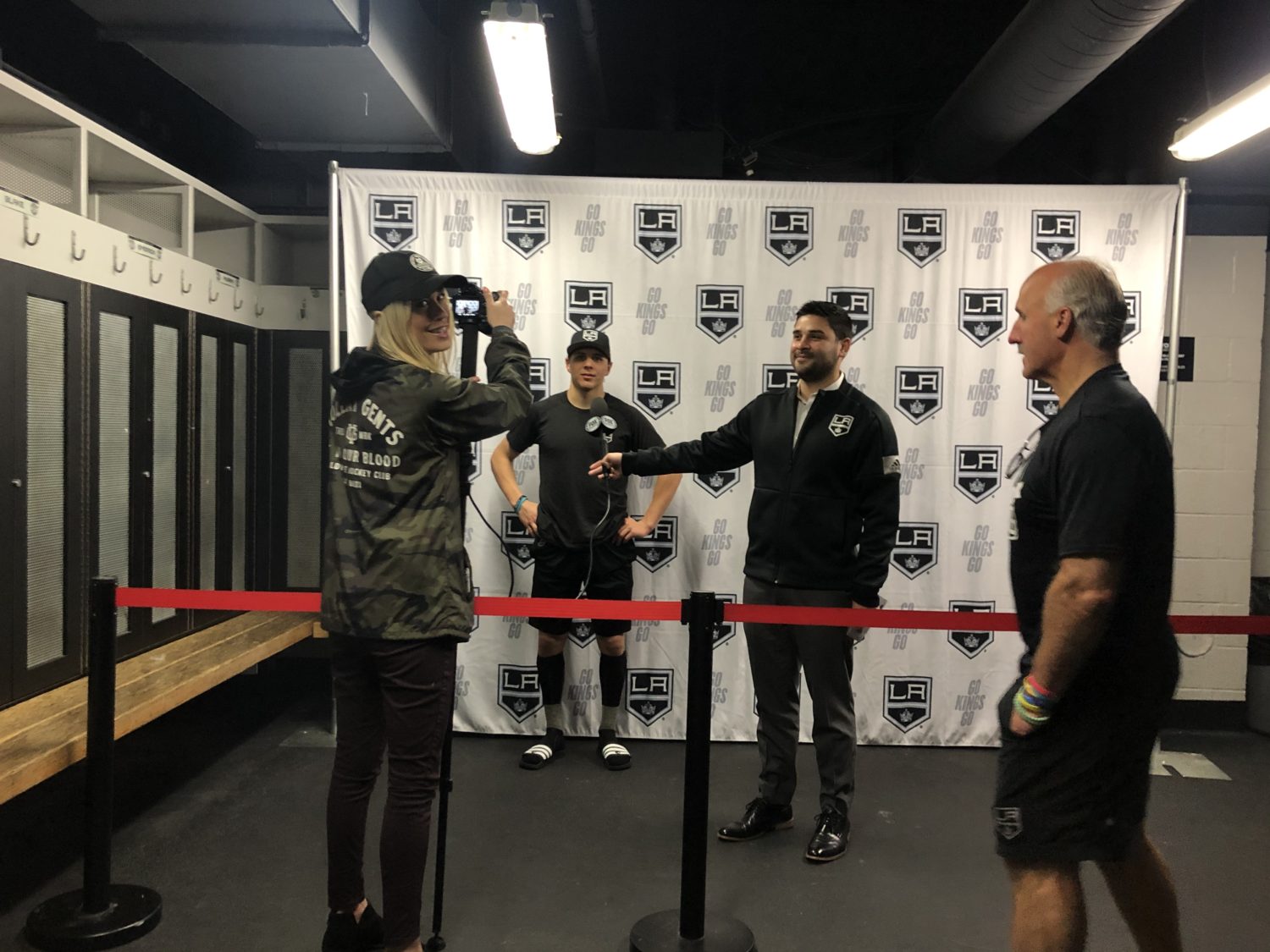