INSIDERS. A fine morning to you from El Segundo. (I started this when it was still morning.) The LA Kings just can’t quit the Colorado Avalanche, who make their second and final Staples Center visit tonight (7:30 p.m. / FOX Sports West / FOX Sports GO / LA Kings Audio Network) to wrap up a three-game season series in a tidy 23 days. Notes and bullet points, starting with tonight’s expected Kings lineup:

— The vitals: Jonathan Quick left the ice first at the morning skate and is expected to make his third start against the Avalanche in nearly as many weeks after having stopped 62 of 64 shots through his first 125 minutes. He’s 18-6-2 with a 2.21 goals-against average, a .917 save percentage and two shutouts in 27 career appearances versus Colorado. It looked like Joakim Ryan was the last defenseman off the ice, though he didn’t linger for a surplus of extra work, so he’s probably out. Jeff Carter did not skate – more on that in a moment. With 299 career goals, Dustin Brown is one shy of 300.

The Kings are 8-2-1 in their last 11 and have won five in a row, representing their longest winning streak since they won eight straight from November 25 to December 9, 2017. McLellan shared the streak’s influences Monday morning.

“One, we’re at home, so we feel comfortable playing here,” he said. “Two, we’re getting very good games from some real key people up front, and I’m thinking of Leaders – Kopi, Brownie, Iafallo. That line has been very good at playing against the opposition’s top lines. Back end has been moving the puck, we’re getting outstanding goaltending and the penalty kill has been pretty strong. The mindset of having to check to win has also been a buy-in by everybody, and if we can keep that up, perhaps we can keep knocking teams off.”

— Carter (lower-body) hasn’t skated since March 1. “He’s in therapy,” McLellan said, providing a clue towards his Monday morning whereabouts. I asked whether any doubt was creeping in that Carter would return to play this season, and McLellan didn’t express any while sharing that there was still nearly a month left in the season. “He’s working hard, he wants to be back,” McLellan said, emphasizing the veteran center’s desire to return. Los Angeles is 6-1-1 in his absence, though that’s clearly more of a reflection of their goalies’ .952 save percentage during five-on-five play and the improved special teams.

He hasn't skated in eight days and was in "therapy" today, via Todd. 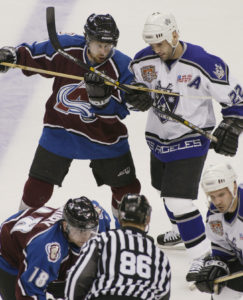 — Their vitals: After winning 4-3 in San Jose last night behind Pavel Francouz’s 22 saves, the Avs haven’t announced a starter yet; it was shared on ColoradoAvalanche.com that “head coach Jared Bednar [said] after postgame that he’ll decide on his starting goaltender on Monday morning.” They’re 7-4-1 on the second night of back-to-back sets and will be vying for their fourth straight back-to-back sweep. Francouz started both games in each of the last two back-to-back sets, even when facing the Predators (and stopping 32 of 34 shots) less than 24 hours after earning a win in a 47-save workload at Carolina. Colorado has not been set back by a convoy of injuries, going 8-1-2 in their last 11. They’ll be without forwards Andre Burakovsky (upper/lower-body), Matt Calvert (lower-body), Mikko Rantanen (upper-body), Nazem Kadri (lower-body), Colin Wilson (lower-body), defenseman Cale Makar (upper-body) and goalie Philipp Grubauer (lower-body/surgeries) tonight, though Burakovsky and Makar are “day-to-day,” per Mike Chambers of the Denver Post. Gabriel Landeskog enters with an eight-game point streak, while forward and Martin Kaut, the 16th overall pick in 2018, was recalled earlier in the day from the Avs’ AHL affiliate in Loveland, Colo.

Despite their injuries, Colorado is part of a select group (also: Philadelphia, St. Louis, Vegas) with a resume that compares favorably to Los Angeles’ over the last 11 games. McLellan noted that the Kings have been a checking-to-win type of a team, which aligns with the Avalanche’s extremely healthy team game. “I think this team that we’re playing tonight is a really good example because they’ve lost a lot of offensive players and they’ve continued to be a really good team because they buy into the team concept. They check, they block shots,” he said. “Yeah, they have star players that score and they need goals, but everybody plays together for the group rather than the individual, and it’s showing up in their play. When we played them [most recently] I remember coming off that game and saying that’s a team that can win because they can fill holes, and they fill holes with guys that don’t need to score 50 goals. They fill holes with guys that show up to win games. We’re trying to emulate that a little bit here.”

— Mikey Anderson played against a defenseman he really looked up to on Saturday in Ryan Suter. Tonight, he’ll face one he’s always had a subtle but very real appreciation for, Ian Cole. “He’s kind of a quiet guy who doesn’t do anything flashy, but he’s always up there with lots of ice time, plays key minutes,” Anderson said. “He’s always been a player that has lots of key plays, and he’s probably a guy that I’ve watched more as I’ve gotten older. I’ve appreciated what he brings and the way he plays the game.”

In four games, Anderson has no points, a plus two rating and five shots on goal, four of which were directed at Alex Stalock two days ago.

Todd McLellan, on whether Los Angeles’ record influences how teams prepare for them:
I think it does come into play somewhat. They have emotional games maybe somewhere else and then they show up here and they look where we are in the standings, but those trap games are dangerous, and the top teams are very well aware of them and can prepare for them. I think we’re a hard team to play against right now. I know a lot of my time in the Wild organization, just talking to some of the trainers, they were preparing hard to play against us, but we made life difficult on them.

McLellan, on whether Alex Iafallo’s prowess without the puck remains constant with a rise in scoring:
Well, I think that’s why he is scoring. If it was drying up and it wasn’t there, then we would be asking the question ‘where did it go?’ and ‘why is it happening?’ but he has those abilities. And for me, the big thing for him, he knows where to be and how to get there so he can do those things. There are others that have those talents but just don’t quite arrive on time or they don’t anticipate where the play is going. He gets it, he arrives, tries to get the job done in that spot and then moves on to his next job. It’s really a simple formula for him. I don’t see it being anything outside of simplicity, and he gets the job done.

McLellan, on the influences behind the penalty kill’s improvement:
Well, goaltending, first of all. Any team that has success penalty killing, your goaltender has to be there. They’re going to get chances. You play the majority of the time in your end, you’re a man short, you get tired and the goalie has to stop the puck. After that, the continuity that we had with different players I think helps. It may sound strange because we’re 70 games in, but just understanding concepts and playing towards them also helps. It clarifies things. Taking fewer penalties also helps. Whatever we have left – 12, 14 games – we want to see it continue to climb and get its job done. 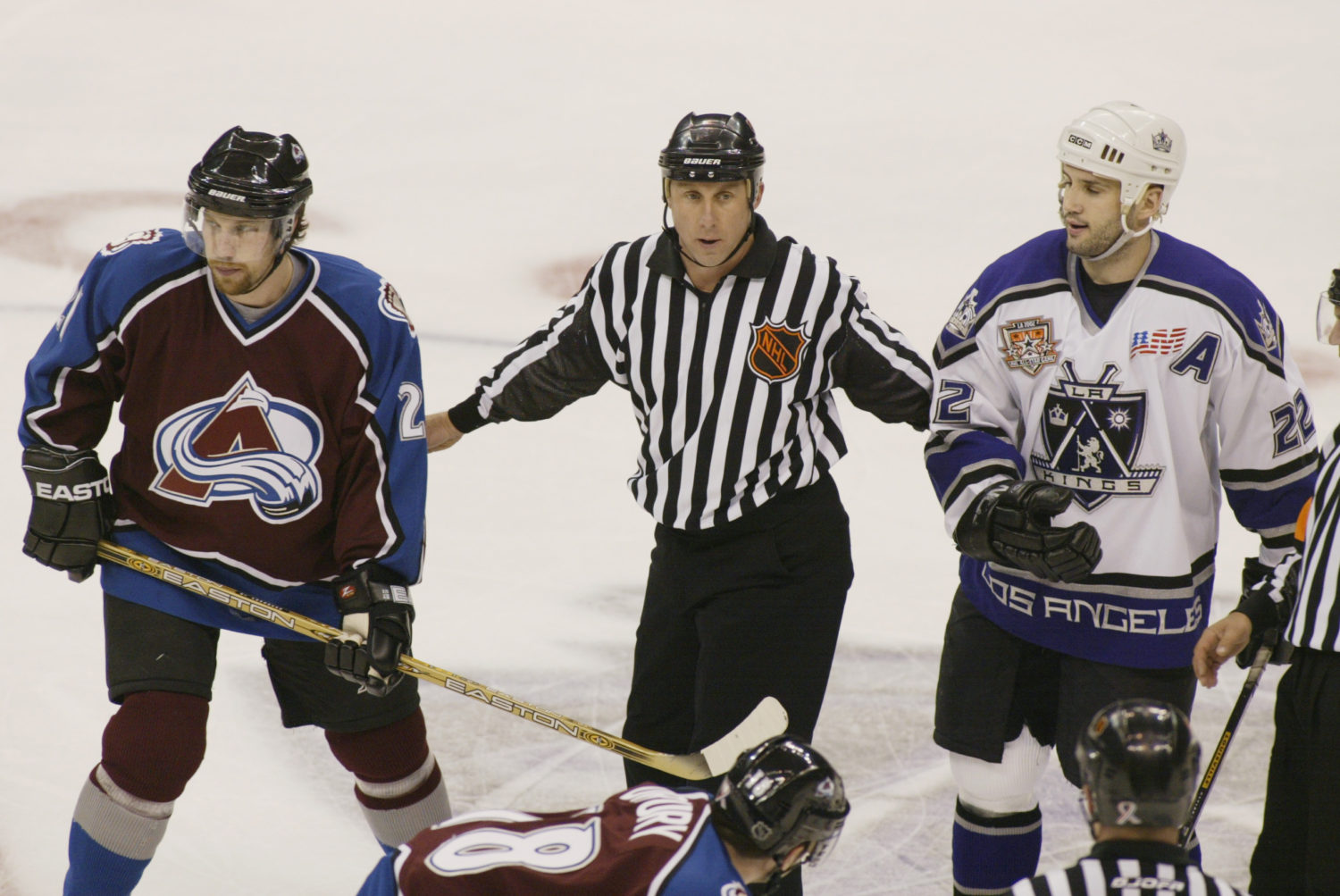