Spacek loaned to ONT, Brickley to MAN – Context with Seeley

The Ontario Reign announced a roster move earlier today, as forward Michael Spacek has been loaned to Ontario, from the NHL’s Winnipeg Jets, while defenseman Daniel Brickley has been loaned, by the Kings to the AHL’s Manitoba Moose.

Today is the AHL’s Trade Deadline, and while these transactions were made between two NHL-contracted players, it’s effectively a move to benefit both AHL teams down the stretch and continue the development of the individual players involved.

With recent recalls of forwards Gabriel Vilardi and Martin Frk to the NHL, Ontario was left with just three right-handed shot forwards (Matt Luff, Sheldon Rempal, Jacob Doty) on their roster, and none of which played center – in fact, all three are right wingers. Enter Spacek, who has scored at approximately a half-point-per-game pace in his AHL career to date. Spacek was productive with Red Deer in the WHL with 139 points in 120 games, and represented the Czech Republic at the World Junior Championships for 3 consecutive years (14/15 – 16/17).

Spacek comes into a Reign team that has lost a pair of right-shot centermen to either the NHL (Vilardi) or injury (Rasmus Kupari). The 22-year-old Czech Republic native adds depth for Ontario in its playoff push down the stretch, not only with the roster it currently has now but also as protection against future callups to come, should there be a need at the NHL level. The Kings currently have just 12 healthy forwards on their NHL roster, including Vilardi, which means that any additional injuries would lead to another recall from Ontario up front.

The Czech Republic native profiles as a playmaking center, who passes the puck well and can help the Reign up the middle. Spacek ranked third on the Moose a season ago in assists and points and the move presented a good fit for both sides.

“Right now, a right-handed centerman is something we don’t have,” Ontario Reign General Manager Richard Seeley said. “We have some positive reports on Spacek and envision him helping our group – an opportunity to add some forward depth to our lineup.”

With regards to Brickley, the move is hopefully equally beneficial. Brickley is still under contract for another season with the Kings, and moving to Manitoba could create better opportunities in the interim.

Since he returned from an illness that sidelined him for much of the 2019-20 season, Brickley found consistent opportunities in the Reign lineup hard to come by as, at one point, one of nine AHL caliber defensemen. Brickley was routinely in and out of the lineup, and the Reign have Chaz Reddekopp and Max Gottlieb, currently in the ECHL with Fort Wayne, as guys ready to step in and play an AHL role.

“We have a lot of young, promising defensemen in our organization and have been forced to rotate some defensemen in and out of the lineup instead of playing them more consistently,” Seeley said. “While it’s a good problem to have, this could help us up front now and allows Bricks the opportunity for a greater role and more consistent ice time.”

Therein lies the decision making behind today’s move – turning a position of strength at the AHL level on defense, into depth up front that could be important down the stretch. Expect Spacek to link up with Ontario late this week, in advance of the team’s back-to-back set against the Colorado Eagles this weekend in Loveland, beginning on Friday evening. 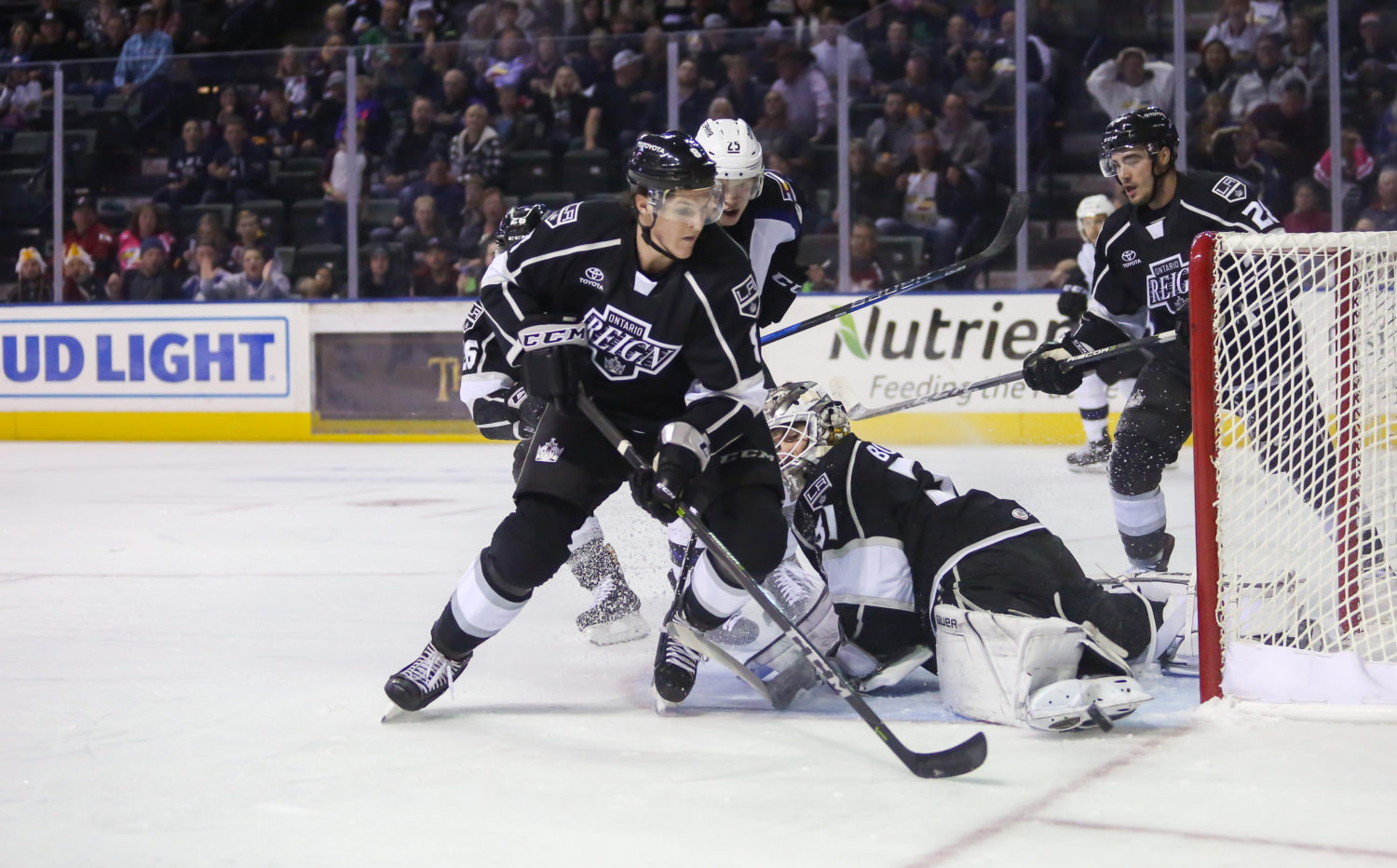