— The vitals: Cal Petersen left the ice first and is expected to make his first career appearance against Pittsburgh. It was an optional skate, but Jeff Carter didn’t participate, nor did he skate with the full group on Tuesday. Gabriel Vilardi was also recalled from AHL-Ontario Wednesday morning after practicing with the Reign (but not traveling with them) on Tuesday, giving the club 21 active skaters, one of whom’s got a big ‘ol question mark. The following groups are projected tonight: Iafallo-Kopitar-Brown, Moore-Lizotte-Wagner, Kempe-Vilardi-Frk and Prokhorkin-Amadio-Lewis up front with defensive pairings of Ryan-Doughty, Hutton-Roy and MacDermid-Walker. Keep in mind there was movement among the left wings during Sunday’s game, so this isn’t a clear read. Todd McLellan will address the media a few minutes before 5:30. Adrian Kempe, who has one goal and four points in five career games against the Penguins, is one point shy of 100 (40-59=99) in his career.

— Their vitals: No word yet on Pittsburgh’s starting goaltender. Mike Sullivan, like McLellan, will speak two hours before the game. You’ll see forward groups that should feature Zucker-Crosby-Sheary, Rust-Malkin-Hornqvist, Marleau-Rodriguez-Simon and Recchi-Blueger-Tanev up front with defensive pairings of Johnson-Letang, Pettersson-Schultz and Riikola-Ruhwedel. Scripps Ranch native Chad Ruwehdel played for the San Diego Ice Arena Oilers, La Jolla Jaguars (where he won a Pee Wee AA state championship), Jr. Gulls and the Jr. Kings before leaving to play two seasons in the USHL and three at UMass-Lowell, where he appeared in the 2013 Frozen Four. He brought the Stanley Cup to San Diego in 2017. Forwards Jake Guentzel (IR/shoulder surgery), Zach Aston-Reese (lower-body), Jared McCann (undisclosed) and Nick Bjugstad (IR/core muscle surgery) and defensemen Brian Dumoulin (IR/ankle) and John Marino (IR/facial fractures) are injured and not expected to play. Tonight is Evgeni Malkin’s 900th NHL game. His sixth NHL game was played at Staples Center on November 1 2006. It was a 4-3 overtime win by Pittsburgh in which Malkin scored in his sixth consecutive game to begin his career. He added the overtime game-winner on the power play, giving himself seven goals in his first six games. “That is some talented players who are going to be around for many years to come,” Mattias Norstrom said after the game, as recorded by the LA Times. 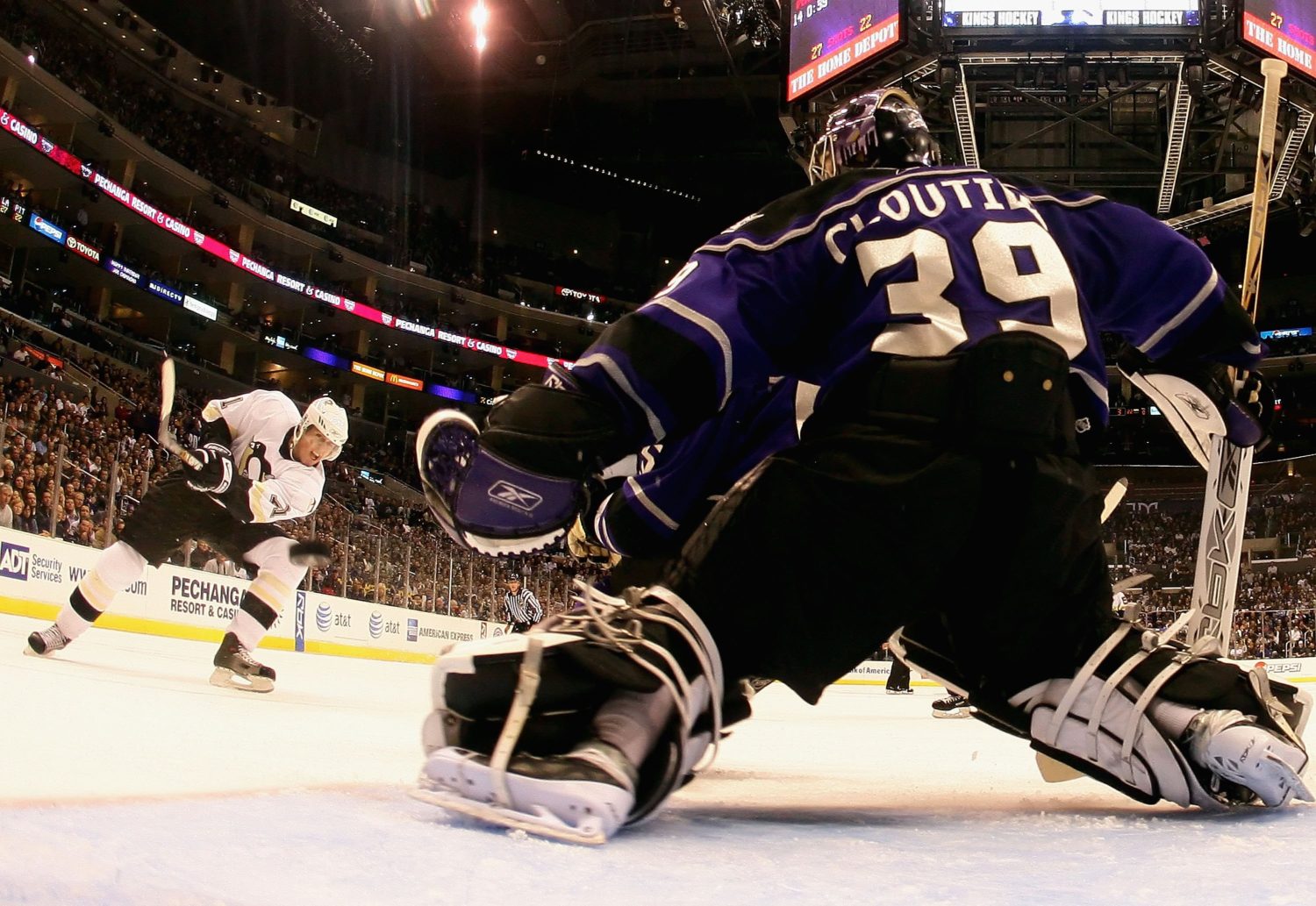 — [Road apples.] That Jake Muzzin tribute video will have to wait.

Jake Muzzin will be out four weeks with a broken hand. A major blow to a battered #leafs blue-line. Calle Rosen has been recalled from the AHL Marlies.

Toronto’s in town a week from tomorrow, which means Kyle Clifford and Jack Campbell are on tap to get their Staples Center tributes before Muzzin. At least I’ll get to see Cousin Calle.

— Gabriel Vilardi was assigned to AHL-Ontario on Monday and skated on a line at the following day’s practice but rather than accompany the team to San Jose, learned he’d be recalled to the parent club instead. This isn’t a big surprise given the uncertainty over Jeff Carter’s availability and some open-ended quotes from Rob Blake, who earlier in the week shared that “as of now, he’s (Vilardi) assigned down.” Asked whether he’d remain down, Blake responded, “we’ll see how the roster takes place throughout the week.” So, there you go.

We’re also fairly close to a Mikey Anderson and/or Kale Clague recall, but as of right now, there are 21 players – and only six healthy defensemen – on the L.A. roster.

Vilardi will no doubt share the ice with Sidney Crosby and Evgeni Malkin, extending the line of remarkable centers he’s faced in his earliest NHL exposure past Aleksander Barkov, Nathan MacKinnon, Connor McDavid and Leon Draisaitl.

“That’s kind of the thing I was thinking about after my last game against Edmonton,” he said. “It’s so cool to play against them, but at the same time, I want to win, I want to be a good player myself, so you’ve got to find the fine line. Yeah, it’s pretty cool and obviously I grew up watching Sid and Malkin, but we’re playing against them, so you can only watch so much.”

If there’s a particular center for him to admire, may we suggest the one two stalls to his right?

“In my opinion, Kopi’s a top-three center in the league, he’s been a top-three center on the league for a long time,” Vilardi said. “That’s the way he plays in the D-zone – he’s so smart. You watch him on the ice, I mean, I’ve watched shifts of him all year, just the routes he takes. I think that was the biggest thing that when I was watching and talking with guys, like CJ (Craig Johnson) and the development guys, they just said to watch his routes, where he is on the ice and that kind of stuff. They’re not saying, ‘hey, we want you to be Kopi in 10 years,’ but obviously, I think my game, I want to say it’s similar to Kopi’s. I want to be a two-way guy who protects the puck, has the puck on his stick a lot and controls the tempo of the game.”

Vilardi felt that the length of time he spent in Ontario allowed him to adjust and make appropriate strides defensively, saying that he’s improved from an early stretch in which he thought he was a minus-10. “I know that stuff doesn’t really mean much, honestly, but still I was bad in my own zone, you could say, and then I cleaned that up. Stutts is pretty good. I like Stutts, he’s straightforward. If he thinks you’re playing bad, he’ll let you know. He’s a good coach, I like him a lot, honestly. He’s helped me in his defensive game,” he said last Thursday.

Vilardi liked his performance in the first two games, but “the last game against Edmonton, my legs weren’t there,” he said. “It was tough, it was a three-in-four, back-to-back. Colorado’s a really fast team, I thought. It was tiring, honestly. To be honest with you, I wasn’t my best on Sunday. That’s the way I took it. I mean, it’s not like they’re going to tell me I played terrible or I played great or anything, they just want me to keep working. That’s it, they didn’t really say anything, honestly.”

— The NHL Black Hockey History Tour, a traveling museum co-curated by Kwame Mason in which every black player in league history is represented, will set up at Chick Hearn Court between Georgia and Figueroa Streets between 2:30 and 7:30 p.m. There is no cost to visit the mobile museum, and both Willie O’Ree and LA Kings Pro Scout Blake Bolden will be on hand to chat with fans before tonight’s ceremonial puck drop honors O’Ree.

— More to come from Todd before the game. Tonight’s officials are referees Ghislain Hebert and Kyle Rehman and linesmen Bevan Mills and Tyson Baker. Shelby Tweten will perform the national anthem. Thanks as always for reading, Insiders. Let’s talk soon. 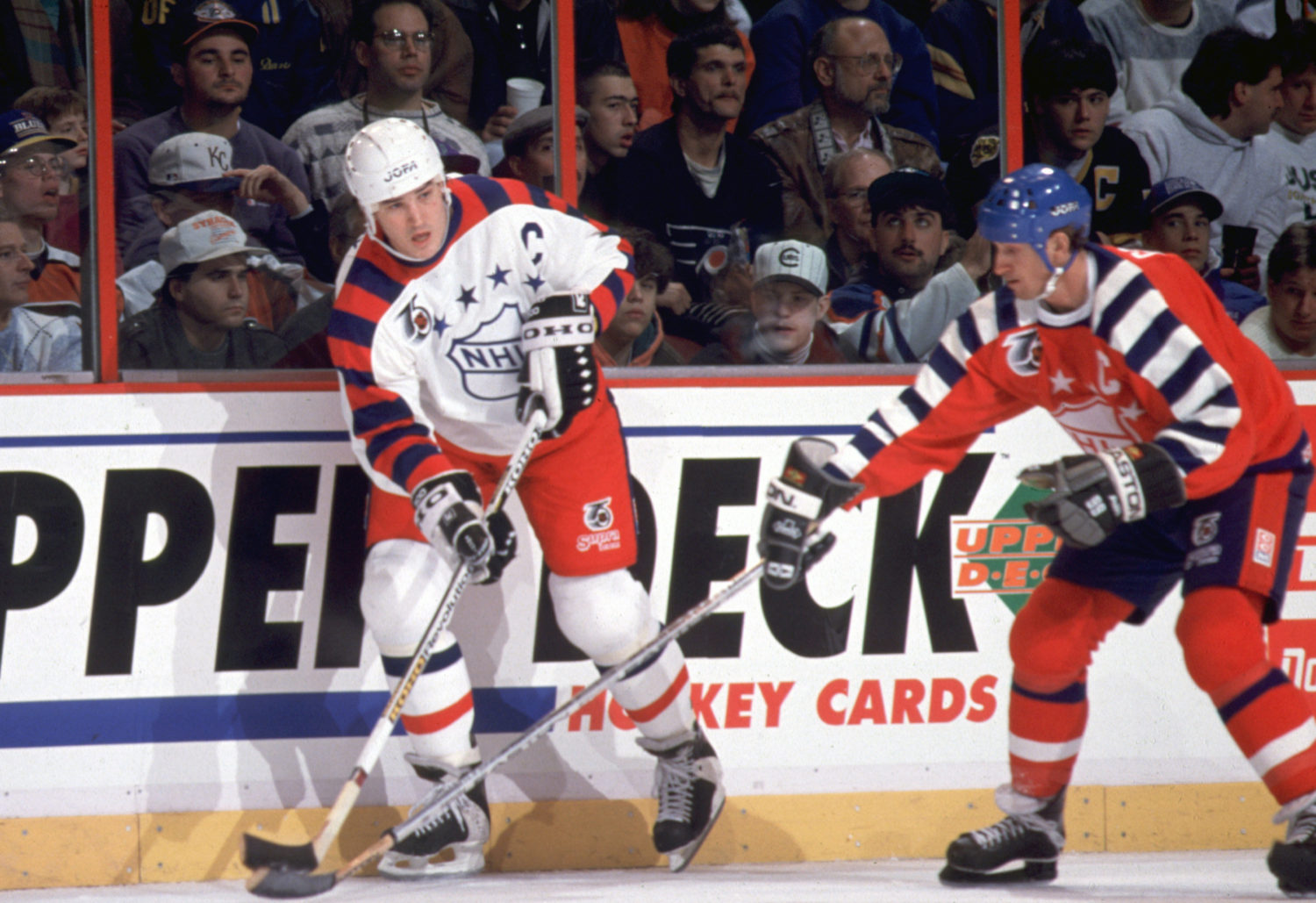