Frk: "I wanted to be a King." More on financials and how the contract materialized - LA Kings Insider

Frk: “I wanted to be a King.” More on financials and how the contract materialized

Some 40-to-50 games into the season, when the glances out of the corner of our eyes turned to the trade deadline and restricted free agents and seasons ahead, there was a very small pool of players in which the team’s direction towards their future was difficult to read.

Martin Frk, who signed a one-year, two-way contract with Los Angeles last July 1, was among them. At the time our attention shifted towards contracts and roster minutiae, he’d scored three times in four games but had again been assigned to AHL-Ontario, where he began the season and had maintained excellent numbers. But as a 26-year-old who’d been in North America for a decade, recorded one NHL goal in his most recent 53 games before signing with L.A., did not come to terms with Detroit after the expiration of his one-year, $1.05-million contract and had cleared waivers in the preseason, I wasn’t sure where the two sides were headed.

Because GM Rob Blake is looking to shape a younger team and is intent on maximizing returns for players whose contracts expire this summer, Frk was among the players he’d have to make a decision on, and amidst the headline-grabbing news in which Kyle Clifford, Jack Campbell, Tyler Toffoli and Alec Martinez left via trades, Frk’s future began to take shape when he took a phone call from his agent, Allan Walsh, about two weeks ago.

Frk, who signed a one-way deal, is under contract at the league minimum for the next two seasons: $700K next year and $750K in 2021-22. The move provides clarity and security for him and his fiancé, a Calgary native whom he met in Halifax while he played for the Mooseheads and she studied at Dalhousie University. They’ve been together for seven years. “She really likes it here because Canada is cold,” he joked.

This year’s salary cap is $81.5M. The NHLPA has an option to vote and raise the cap by as much as 5% but in recent years has opted to raise it by a much smaller percentage due to the concern that players are losing too much money in escrow. A higher salary cap means a higher percentage of their paychecks is tied up in escrow payments; an expiring United States national TV deal, which has one season remaining after this season, may also put a blanket on potential cap growth. This wouldn’t affect Los Angeles as much as other teams atop their competitive cycles who will need every single cent available. Players eligible for unrestricted free agency without a new contract by July 1 are Trevor Lewis, Tim Schaller, Derek Forbort, Ben Hutton, Joakim Ryan, Paul LaDue and Kevin Poulin, while those eligible for restricted free agency are Nikolai Prokhorkin, Austin Wagner, Sean Walker, Kurtis MacDermid, Carl Grundstrom, Sheldon Rempal, Mikey Eyssimont, Boko Imama, Matt Luff, Austin Strand, Chaz Reddekopp and Cole Kehler. Roster hopefuls signed for next season at under $1M include Rasmus Kupari, Samuel Fagemo, Jaret Anderson-Dolan, Mikey Anderson, Toby Bjornfot and Kale Clague.

Martin Frk, on signing an extension with Los Angeles:
It’s really nice to re-sign with the Kings. I wanted to stay here for sure, I wanted to be a King, so it’s super nice,” he said. “I just wanted to make sure I wanted to set myself up for the upcoming year and show I can be in this league and that I don’t have to go back to the minors again.

Frk, on what he wanted to establish when he was assigned to Ontario after two good preseason games:
It’s tough, training camp, I only played two games in the preseason. I thought I played well, but that’s their decision they’ve got to make. There are more players here that have been around -they know what they can do, so they sent me down, and I just had to go down and play well. Hopefully you play well, you do a good job, and you earn a call-up. I tried to do my best, tried to score as many goals as I could down there, and after that, I was really happy when they called me up for those four games I played in the first call-up. You’ve just got to go work hard and make sure you do the details right, because this league is so tough, if you don’t do the details, they can burn you right away. You just want to always be on top of details, but you also want to enjoy it. You play in this league, so you’ve just got to go have fun in the end, too.

Frk, on when talks with the Kings started:
I think it was probably two weeks ago he called me and he said, ‘LA’s interested in re-signing you. Would you think about it?,’ and I was like, ‘yeah, of course.’ I want to stay here, me, my fiancé, we both love it here. It’s a great spot to play hockey in, so we decided, yeah, let’s go, let’s see what kind of deal we can get. I guess we get a deal I wanted to get and the Kings as well wanted to get, so I’m just really happy. I can be here for another two more years, it’s really special. Always in the back of your mind there’s Europe, but I’m glad I pushed Europe back for another two years away so I can enjoy the U.S. and North American lifestyle, and I’ll stay here as long as I can before heading back home.

Frk, on whether he’s noticed players jumping out of the way of his shot in practice:
I really don’t want to hit anyone, especially when we practice. I’m not even trying to shoot hard, just to be safe for everyone. I don’t want the older guys to get mad at me or something like that. 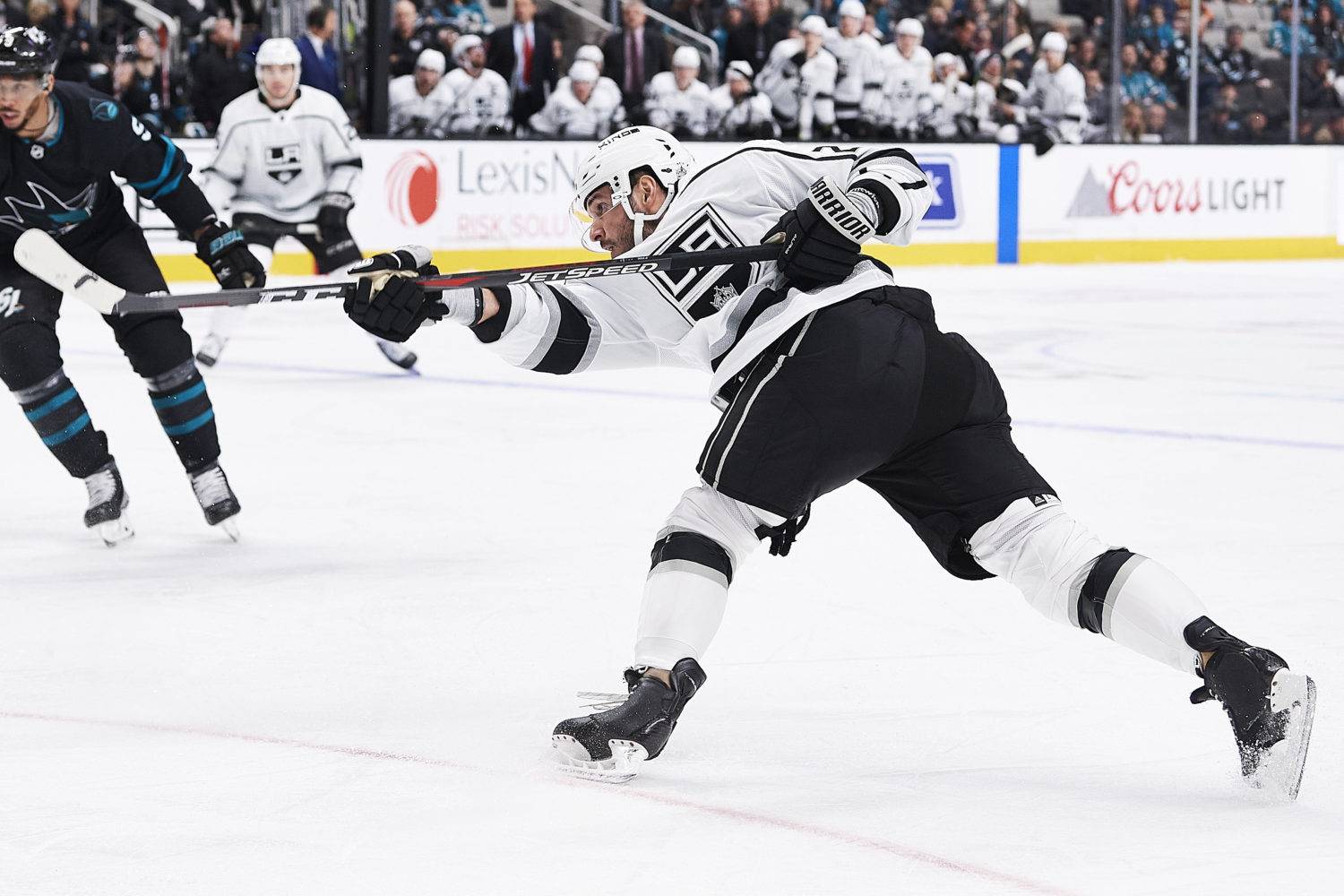