INSIDERS. Game day. Lots to get to. Come here for the game preview, stick around for the reaction to yesterday’s trade. Let’s get down to brass tacks.

— The vitals: Go See Cal. Winnipeg has not yet seen Cal. Up front, Nikolai Prokhorkin will jump in. Tim Schaller wasn’t scheduled to arrive until the afternoon and won’t play, while Joakim Ryan and Kurtis MacDermid remained on the ice for extra work with Jonathan Quick and are not expected to play. Today’s skate was optional, but if I were to take a stab at the lineup, it would be a stab such as Iafallo-Kopitar-Brown, Kempe-Carter-Frk, Moore-Lizotte-Wagner and Prokhorkin-Amadio-Lewis up front with defensive pairs of Forbort-Doughty, Martinez-Roy and Hutton-Walker.

— Their vitals: Los Angeles will see Connor Hellebuyck, who’s 2-4-0 with a 3.01 goals-against average and a .903 save percentage in six head-to-head outings. The Hockey Gods continue to take their frustration out on the Jets for some reason, with Paul Maurice sharing that he’s even challenged to answer questions about how he’ll adjust the lineup when injured players return because he doesn’t know who’ll be healthy when [Injured Player X, Y or Z] becomes game-ready. The latest injury is to another defenseman. It’s Luca Sbisa, who’ll be out for at least a week. “Just because we were starting to get healthy, we figured we’d throw another injury in. We don’t want to get too comfortable,” Maurice said. He was asked whether Sbisa had blocked a shot but indicated that it was an unrelated upper-body injury before adding, “and yes he did block a shot.” While we’re on the subject, a conversation between Paul Maurice and Luca Sbisa has the potential to be the most verbose, illuminating conversation between a player and coach in the NHL. Anyway, he joins Adam Lowry, Bryan Little, Mark Letestu, Carl Dahlstrom and Matthiew Perreault – all on IR with upper-body injuries – as unable to perform. The Jets also acquired defenseman Dylan DeMelo from Ottawa earlier today, but he’s not expected to play tonight. Expect forward groups of Copp-Scheifele-Ehlers, Connor-Wheeler-Laine, Harkins-Roslovic-Appleton and Chibisov-The Shore Boy-Bourque with defensive pairings of Morrissey-Poolman, Kulikov-Pionk and Beaulieu-Niku.

— More to come from the rink, but here’s Jeff Carter on how the captains and leadership committee will look to reinforce standards and act as conduits between the coaching staff and the younger players during a time of upheaval: “It’s not easy. The guys that are moving on now are guys that have been around for a long time, and won here and were a big part of this room. I think everybody in this room has done a good job the last month, or however [long] it is, of kind of putting all that aside and just coming to the rink and playing, doing our job. Obviously, we would like some more wins, but we’re doing some good things, we’re building, so that’s really it. You’ve got a job to do, you come to the rink and you play.”

— One last bit on the Stadium Series, which ended a challenging two-week stretch for the equipment staff. You’d never know talking to Head Equipment Manager, greatly appreciated for his ability to take everything in stride.

That’s the life of the equipment crew, who work some of the longest hours and deal with challenging logistic complexities, whether in the Tri-State Area or on a 30-degree night some 6,600 feet up at the U.S. Air Force Academy.

But it was Granger and his staff’s third outdoor game, and after the nearly year-long planning that went into it, there wasn’t much that snuck up on them. “Nothing really popped up,” he said. “Cold weather.”

“Actually, the practice day was a good chance for the players to feel out how cold it was out there, although the time we skated wasn’t perfect for that. They got a pretty good idea. We didn’t have a lot of changing really from our norm. Quickie was really trying to stay dry as best he could. He normally doesn’t fully change everything between periods, but this time he did. A couple of turtlenecks, mocknecks, cold weather stuff but nothing serious. It worked out pretty well that it was cold but it wasn’t frigid.”

— We’re back in Friendly Manitoba, but Los Angeles is without a native son on its roster. They’ve welcomed a variety of British Columbians, Albertans, Saskatchewanians, Ontarians – should I keep going? – and even a Brazilian, but only four Manitobans since 2006. Dustin Penner did and accounts for 117 of the 196 man-games played by Manitobans since 2006, with the others cannibalized by Brady Murray, Marty Murray, Barry Brust and Brendan Leipsic.

For some comparison, there have a good number of Saskatchewan-born players, with Jarret Stoll, Dwight King, Darcy Kuemper, Kale Clague and the Schenn brothers among the most recent. Even though Manitoba is more populous by several hundred-thousand people and claims the largest city – that’s Winnipeg, howdy! – there just hasn’t been a deep-seeded recent Manitoba connection.

This isn’t right! There are, after all, the Brandon Wheat Kings – a WHL club with no other affiliation beyond their shared nomenclature – who employ former L.A. assistant Dave Lowry as their head coach.

But I’m actually interested in a smaller town well to the northwest, one that straddles the border between Saskatchewan and Manitoba. Tiger Williams once put Flin Flon at the top of the toughness food chain because of their penchant for physicality and a Whitney Forum crowd that seemed to work in concert to make the visiting experience an unpleasant one.

It was an experience McLellan came to know as an SJHL coach in North Battleford who had to travel to Flin Flon four times a year in 1993-94.

“They built their teams big and tough, matched their community there. Very intimidating building to go to, so they did a good job of building it that way, and they could push you out of a game quickly. Not just the players, but the fans were on top of you, and I remember having deer hooves and stuff like that thrown at you a little bit. And then the ride up and the ride back, once you get onto that Hanson Lake Road, you turn and you head north, the sky brightens up because the Northern Lights are there, there’s frost separation in the road, so you could be driving along and you’d think you hit a deer but you just hit a frost separation, and it is cold and you don’t see anybody for hours. We would prepare in case the bus broke down or anything like that. Blankets. So, it was a long ride up and a long ride back and not an easy trip.” 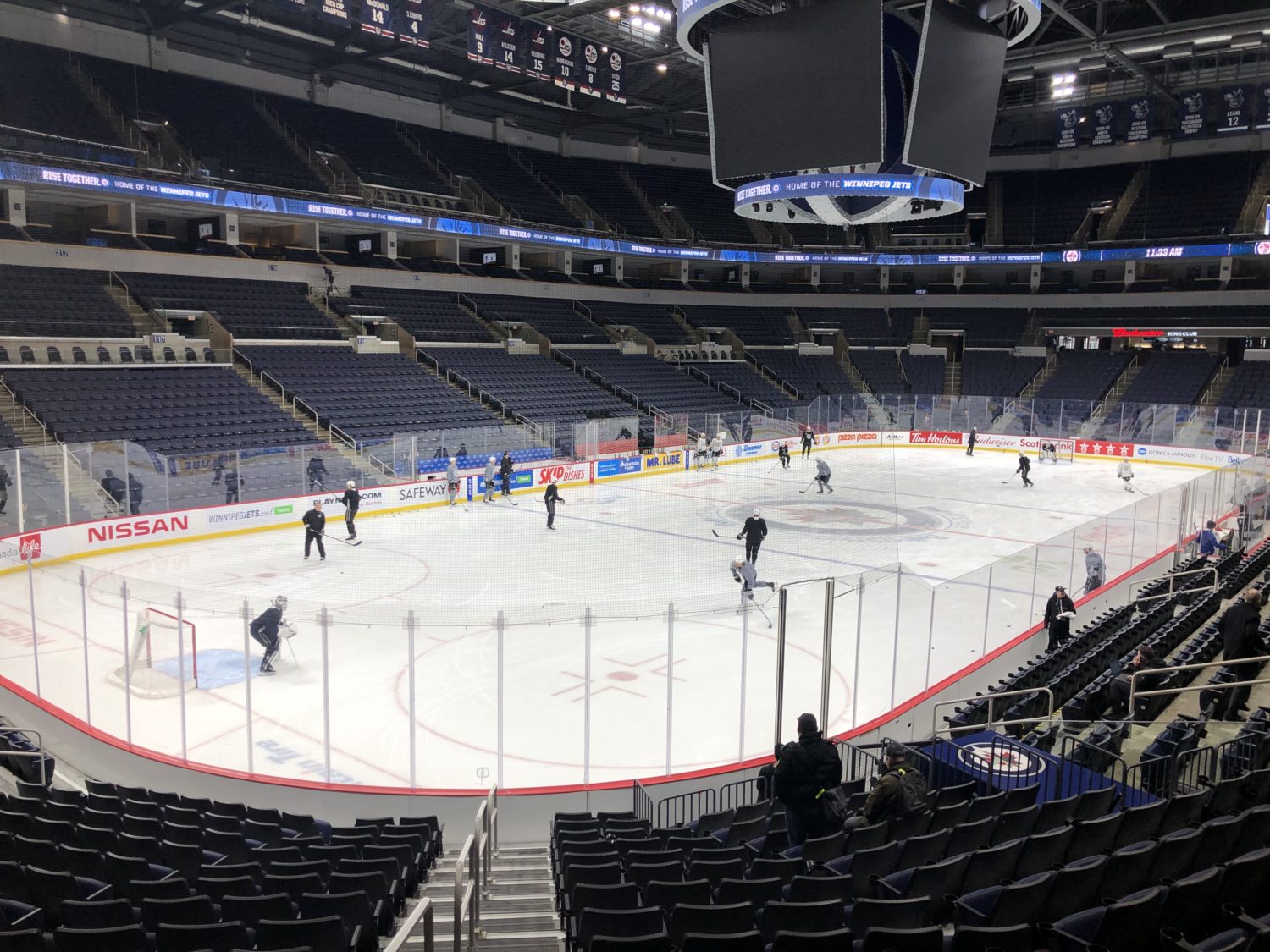