The vitals: We’re expecting Quick (UPDATE, 5:30 p.m.: It’s Quick), who’s 7-4-0 in 11 career appearances against New York with a 2.37 goals-against average and a .910 save percentage. If we include, ahem, playoffs, he’s 3-2-0 all-time at the Garden, having stopped 131 of 141 shots (.929) at a cathedral that holds special significance to him. I was looking back to archives in 2014 to try and find some quote about playing in the building or in nets Mike Richter stood in front of, but instead found this incredible Game 3 artwork I’d never seen before. 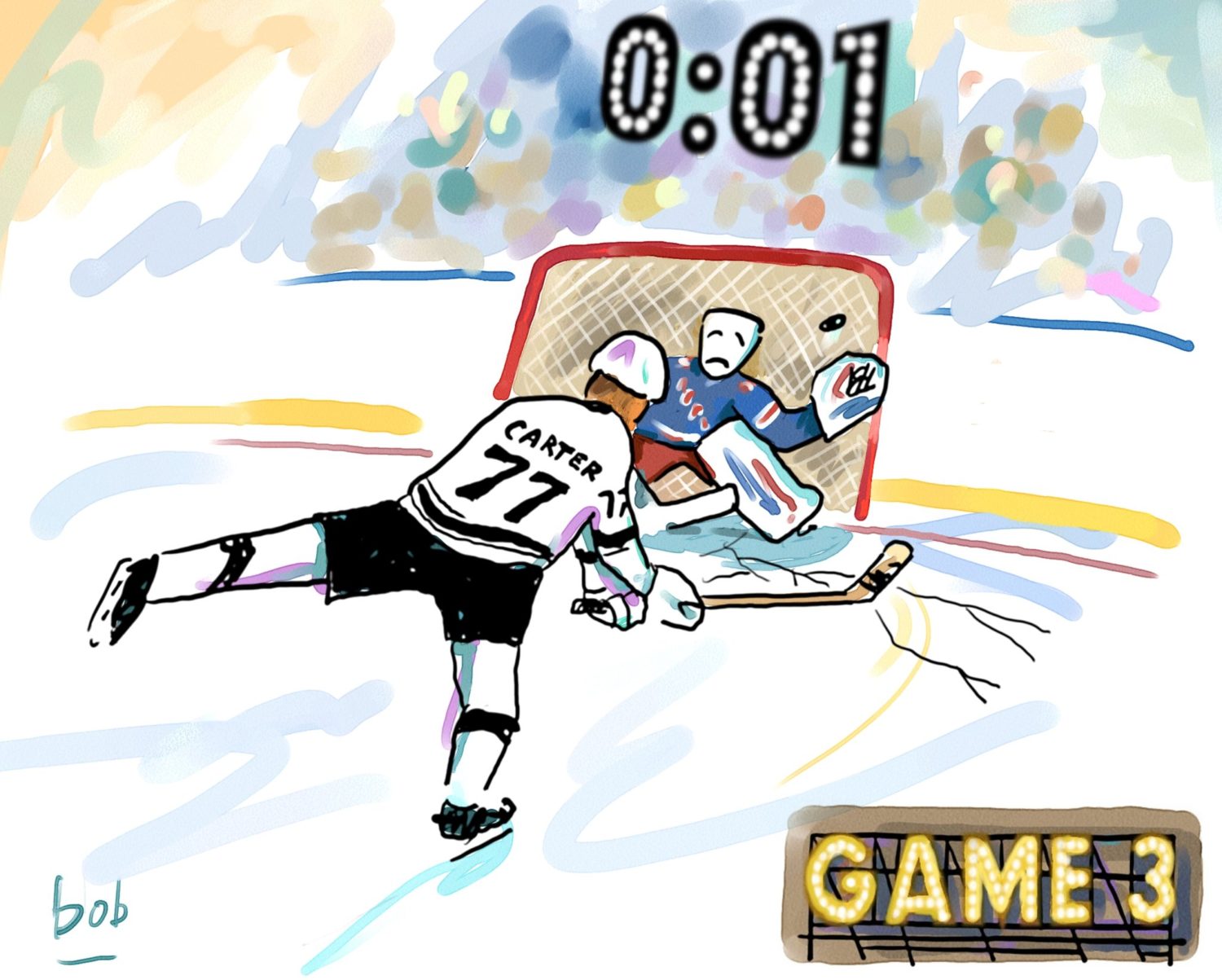 I see no harm in going to the video review as a refresher:

Anyway, Kurtis MacDermid and Nikolai Prokhorkin are in. Todd did not specify who they’d replace. I’ll share a Twitter update.

Their vitals: Rookie Igor Shesterkin, New York’s fourth rounder in 2014, will make his sixth career appearance. He joined Cam Talbot as the only goalies in club history to earn wins in four of their first five appearances and led the AHL with a 1.90 goals-against average and a .934 save percentage at the time of his recall on January 29. Dating back to 2016-17, he has recorded wins in 100 of his 125 NHL, AHL and KHL appearances. 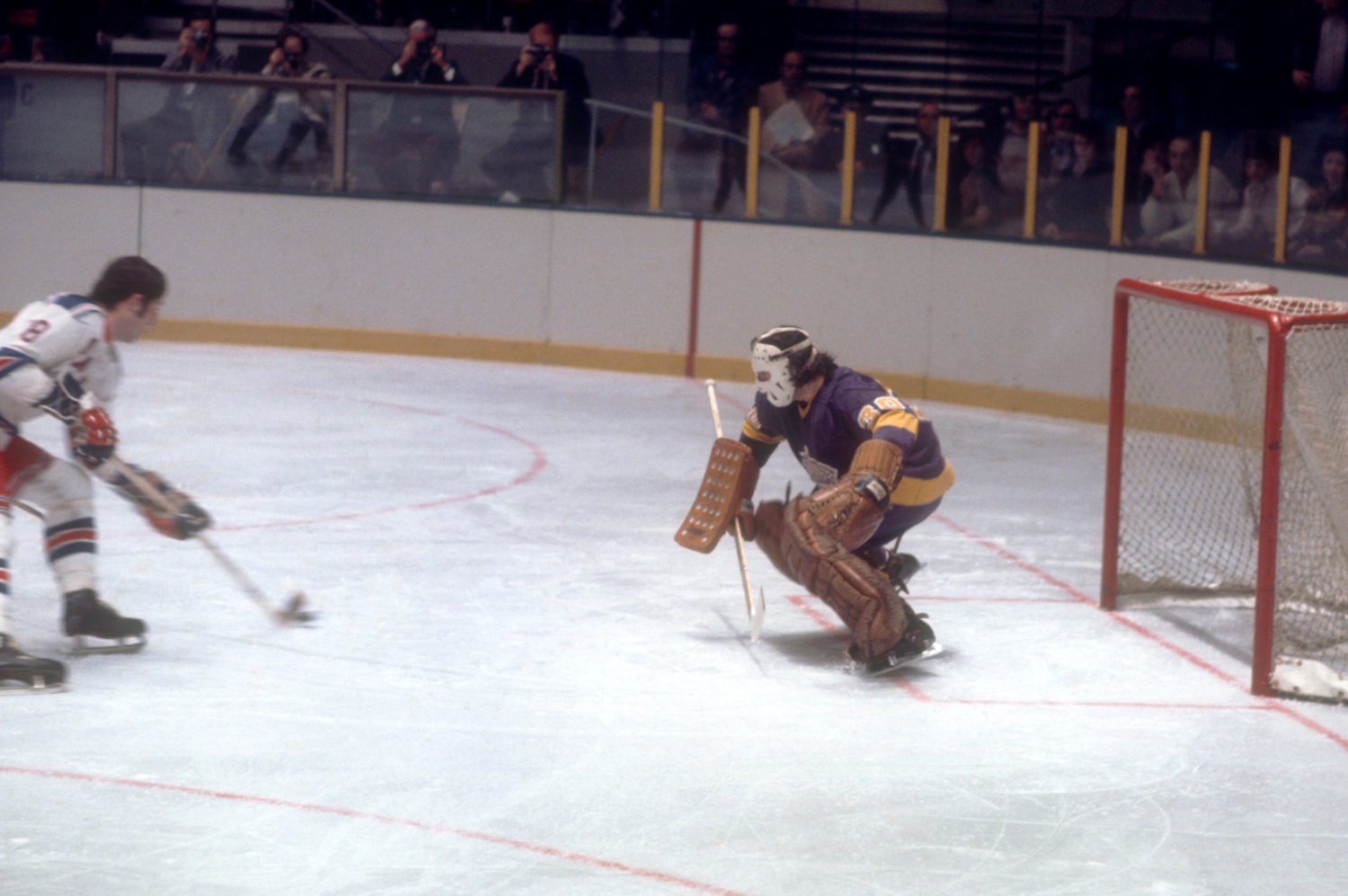 — One last bit from Todd McLellan on Trevor Moore’s debut last night in New Jersey: “We know that he’s quick, that he has a tenacity to his game, that he’s still cutting his teeth in the league as he’s gaining experience every day. He’s playing a different system than what he would’ve played in Toronto, so he’s adapting to that. Once it naturally comes to him he’s going to be even quicker, but that line of Moore and Lizotte and Wagner created a lot of chances last night. They were involved in as much offense as any line that we had and they weren’t real liabilities defensively, so I’d say we were pretty happy with the three of them together.”

Via Natural Stat Trick, that line was a +14/-10 CF in five-on-five play. The Kings took seven shots and yielded seven in the roughly 10 and a half minutes they were on the ice together.

Blake Lizotte gets a first look.