Waking up with the Kings: February 7 - LA Kings Insider

Waking up with the Kings: February 7

The LA Kings returned to their dressing room seeing their shadow, unlike Punxsutawney Phil earlier in the week. Another gutsy and emotional effort by team leaders and veterans evolved into an exhibition of Islanders speed, playmaking and earthen net-front presence as the familiar “60-minute” refrains were rehashed and another Groundhog Day came to pass through two games of a trip that has served, at times, of a 120-minute microcosm of the gains and losses sustained this season. Some of us upstairs were wondering where their heads would be given the last few minutes of the Washington game and the subtractions of a major emotional pillar and selfless and well-liked backup goalie from a team at the bottom of the standings. There haven’t been a lot of great 36-hour stretches this season, with Thursday’s game serving as another challenge the group would have to contend with two and a half weeks shy of a deadline that will disperse several familiar players across the league. It didn’t result in two points, but they did respond well. They were prepared to play and their heads were in the right place, a baseline that should be standard (and, for the most part, has been this year) but one worth keeping an eye on, given the circumstances. But the team leaders’ emotion and response fed off to the rest of the room, and L.A. put its bet foot forward for the majority of the game, though not the full 60 minutes. The Islanders used a fourth-line versus first-line work goal half a minute into the third period to tie it, and from that point forward were able to gain entry into the Los Angeles zone with ease and plant themselves in front of the net while waiting for rain. 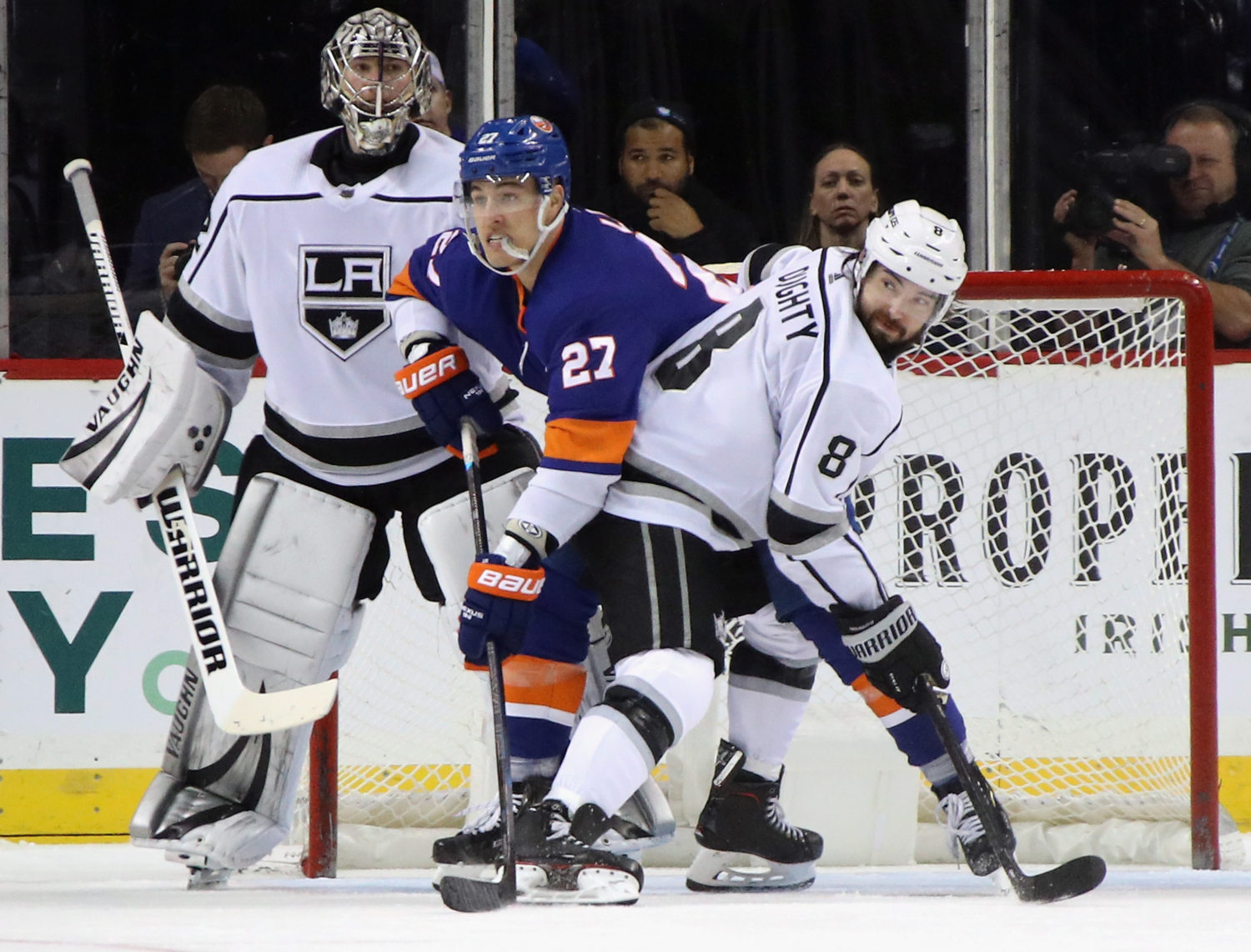 About their emotion. Alec Martinez got into his first career fight and before he was grappled down to the ice by perennial Casey Cizikas Fourth Line Excellence Award candidate Casey Cizikas, got in a really good uppercut on the skilled Isles’ sparkplug. It drew energetic stick slaps from Jonathan Quick, who left his crease to salute his defenseman for sticking up for a teammate and was actually a pivotal moment amidst the fog of war as Martinez’s stick was blatantly held several beats prior by Matt Martin. That led to a Drew Doughty hit on Casey Cizikas that Cizikas and New York objected to, so Cizikas pestered Doughty and took a few whacks at him before Martinez intervened and engaged. There are any number of directions hockey chaos theory could have channeled us, but if that original stick hold was called on Martin, Cizikas probably doesn’t get hit, Martinez doesn’t end up fighting, and who knows, maybe there’s a different result. But good on Martinez for rallying and sticking up for a teammate and engaging and supplying a punch of his own for a team that has taken an awful lot in the gut recently. 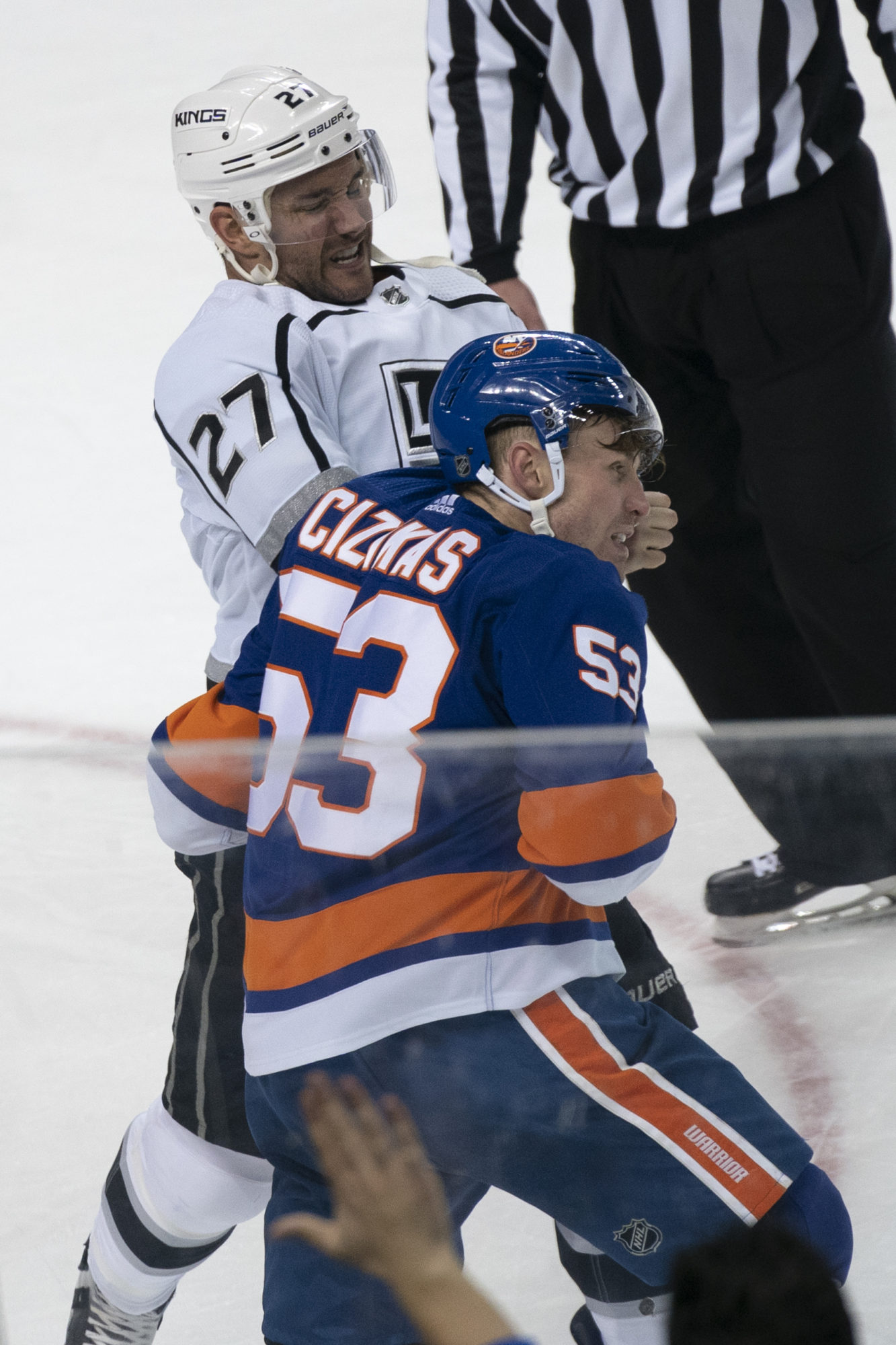 Several more bits on the trade. As I shared with Nick Nickson during the first intermission yesterday, this is an important time in which Rob Blake and hockey operations are expected to make the most significant strides in turning over the roster. Los Angeles wants to get younger, faster and more skilled, and Blake has also emphasized competitiveness – the acquisition of Trevor Moore aligns with that push – in forming a team identity. “Picks and prospects,” as shared verbatim by Blake on Thursday, remain the type of assets they’re focused on, but given the salary and roster structure and without a glut of expiring contracts in 2021 and 2022, the twilight of an era in which they’re concertedly looking for futures in exchange for experience approaches. There are those in Ontario who’ll be promoted and competing for a wider role later this year and at the start of next year – players like Gabe Vilardi, Matt Luff, Jaret Anderson-Dolan, Mikey Anderson, Kale Clague and possibly even Toby Bjornfot – as youth like Rasmus Kupari, Sean Durzi and Akil Thomas, and then Alex Turcotte and Arthur Kaliyev, take the next steps in their careers. There are other familiar names that will be jettisoned out to continue this transition, which should ultimately evolve towards and align with a stage of growth and incubation and overlap with an eventual push to add pieces to their mix. Of course, nothing is wrapped up so efficiently and conveniently, as the chaos and climax of last night’s game indicated. 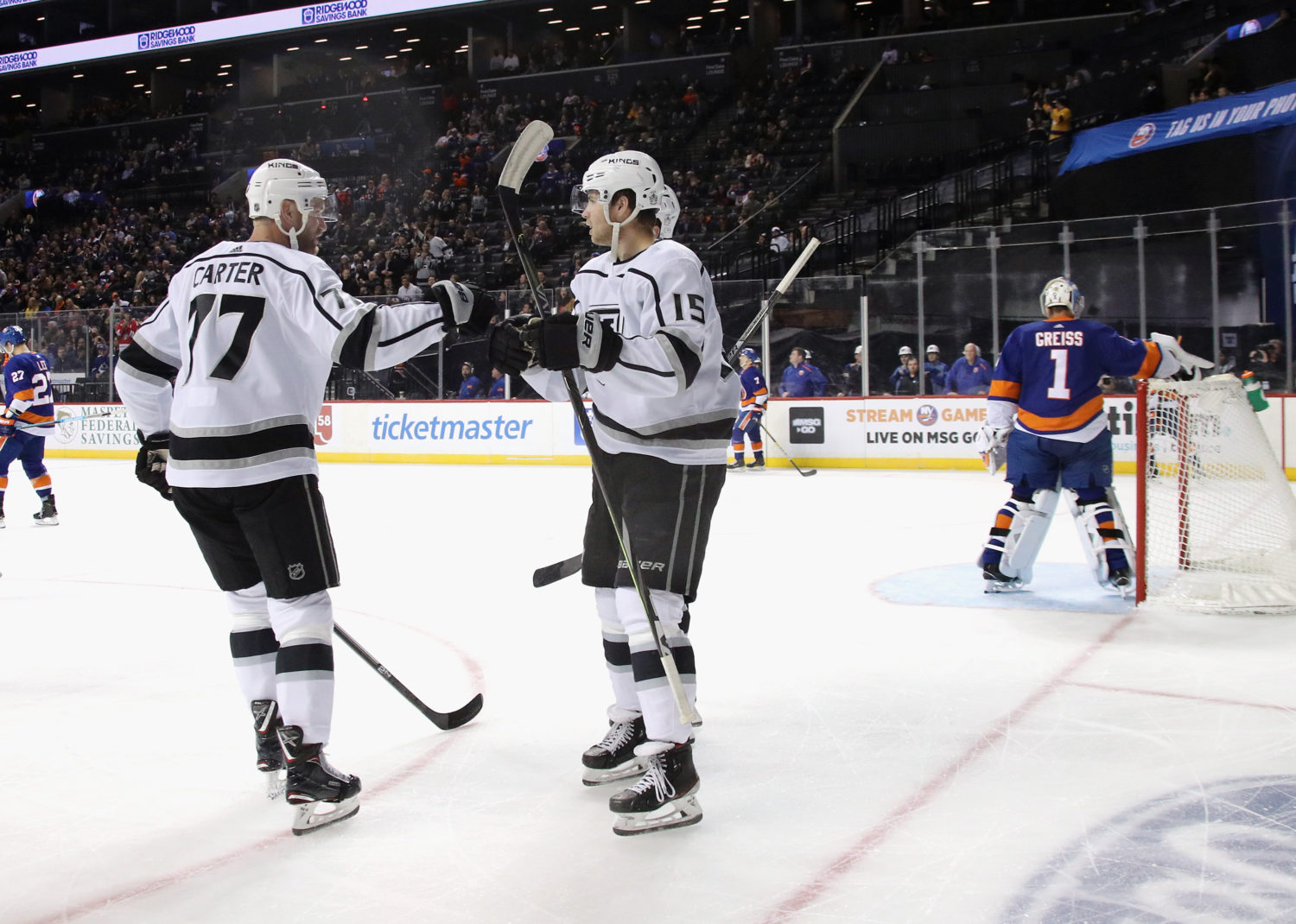