Matt Moulson stepped off the bus and onto the red carpet on Sunday afternoon in Ontario, attending his first All-Star Classic as a professional.

For that moment, as his name was announced and the crowd roared, it felt like Moulson had never left the organization, as his cheers rivaled those that the Reign players themselves garnered from the All-Star entrances.

“I was very appreciative, it was awesome, it was a lot of fun,” Moulson said of the ovation on the red carper. “It’s my first time doing this, so it was great to come into that welcoming. I had a great two years here, enjoyed every minute, and it definitely brought a big smile to my face.”

As AHL President and CEO David Andrews perhaps put it best, as he introduced Moulson the following day at the Hall of Fame induction ceremony, “the captain of our Eastern Conference is representing the Hershey Bears, but by the sounds of the crowd last night, he was representing the Ontario Reign as well.”

And thus, All-Star weekend began, and what an honor and an accomplishment it was for Moulson. The 36-year-old forward had led an AHL team in scoring, multiple times. He had led an NHL team in goals in a season, multiple times, and he had placed in the NHL’s Top-10 leaguewide in goals scored in a season. But he had never been an All-Star.

And, for this past weekend’s event in Ontario, Moulson was more than just an All-Star. Moulson was selected as the captain of the Eastern Conference, representing both his current team, the Hershey Bears, and the AHL on a larger scale. When he got the call from Andrews, he said it was an easy choice to accept.

“Dave gave me a call, I was humbled and extremely honored to accept,” Moulson said. “I was very excited, to be honest with you, it was obviously an easy decision on my part. I was just very thankful that he honored me with the place on this team, it was a good moment.”

“To have my wife and kids here is huge,” he said. “I let the kids kind of roam around, they were out cold for the party last night. Hopefully, it’ll be something that they remember for their lifetime.”

The All-Star Classic was the latest honor for Moulson in a week of honors. On Friday evening in Springfield, Moulson skated in his 1,000th career professional game (650 NHL, 350 AHL). The Ontario native played 334 of those games within the Kings organization, spent with Manchester, Ontario and Los Angeles.

Prior to the game itself, Alicia created shirts with Moulson’s chariture on them for his teammates to wear that day. And they looked pretty damn awesome too.

How’s that for a squad pic? Tonight, we are proud to celebrate Matt Moulson’s 1,000th professional game! This morning at the rink, we dressed for the occasion #HBH pic.twitter.com/l3tAfRAsgu

“My wife made some shirts with my caricature drawn on them, with my team wearing them,” he said. “I think the biggest thing was we got the win to make the night even that much more enjoyable, but my wife was able to be there. Unfortunately, my kids were flying out at 5 AM the next day, so they were at home sleeping, but my wife was there, my brother in law, his girlfriend and my father in law. It was a great moment.”

As he was named to that evening’s starting lineup, standing on the blueline, the Thunderbirds acknowledged Moulson on the PA for his accomplishment, a classy gesture in an away building. Moulson said he had “no clue” the Thunderbirds were planning anything, but was extremely thankful for the acknowledgement…”they did a great job and I appreciate everything they did.”

As for the game itself, Moulson had one of his best of the season as he scored the game’s final two goals in a 5-2 victory for the Bears.

“It was awesome, I think I was a little nervous before the game, as much as I don’t like to admit it,” Moulson said with a smile. “It was a great milestone, not just for myself but for all the people that have helped me along the way, from family to coaches to friends. It was more teammates, I obviously wouldn’t be there without my teammates, it was a great thing.”

As he reflects back on his All-Star honor, a recognition of the body of work across his distinguished career, Moulson found himself humbled by the accomplishments and honored for what the game of hockey has provided for him.

“I think what you give to the game, it gives back to you,” he said. “Hopefully that means you’re doing things the right way, and I’m just humbled by it. It’s something that I definitely take great honor in.” 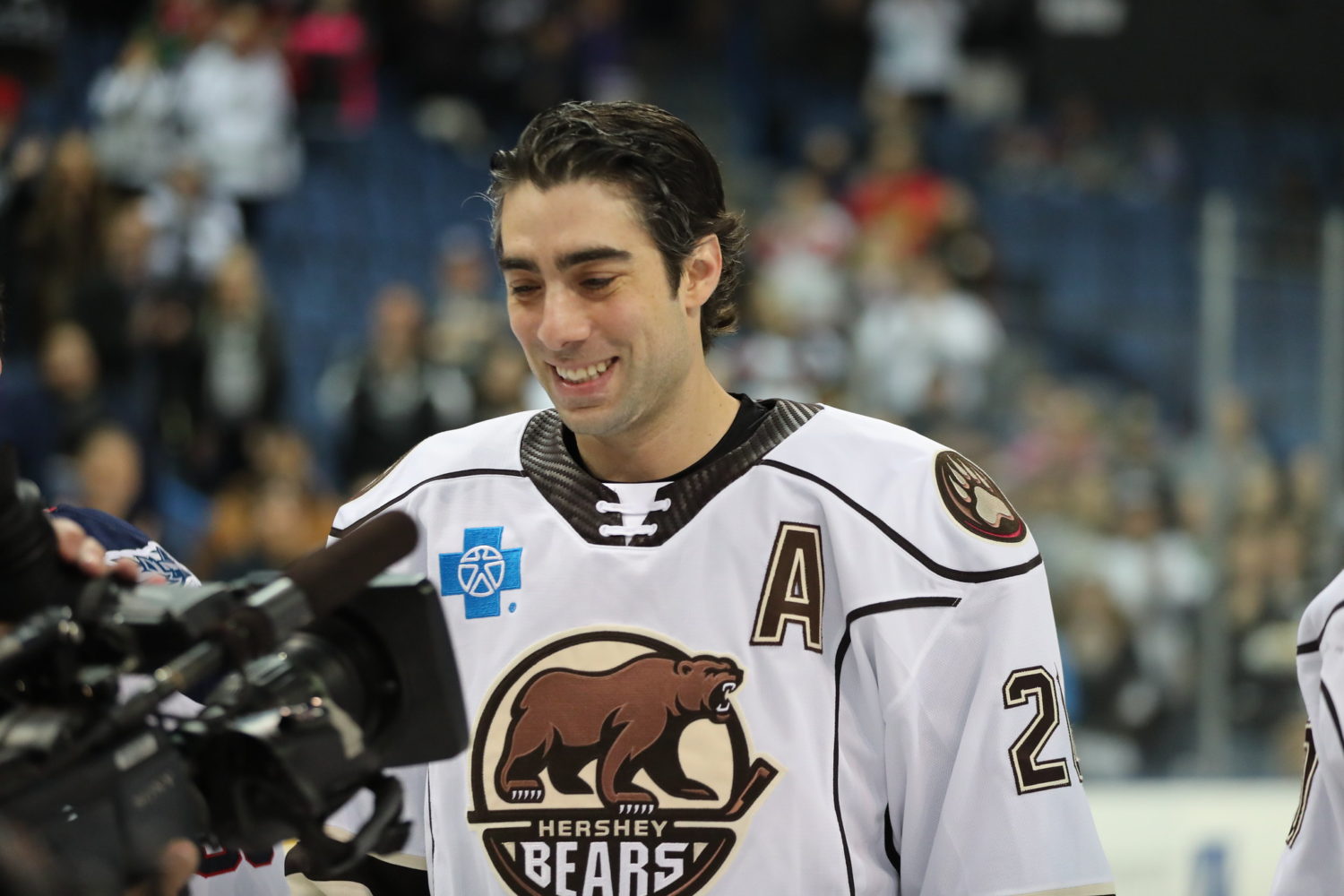 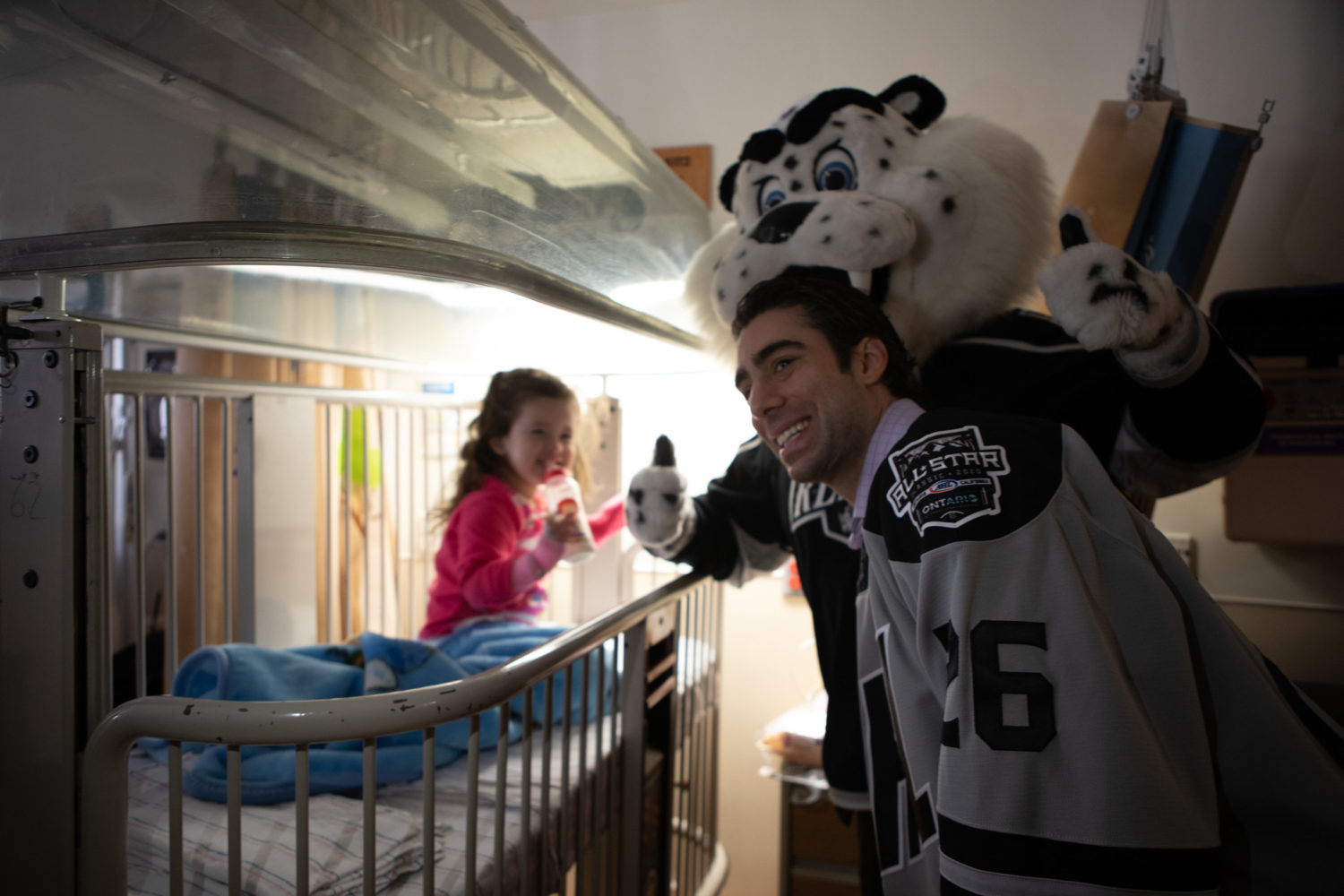 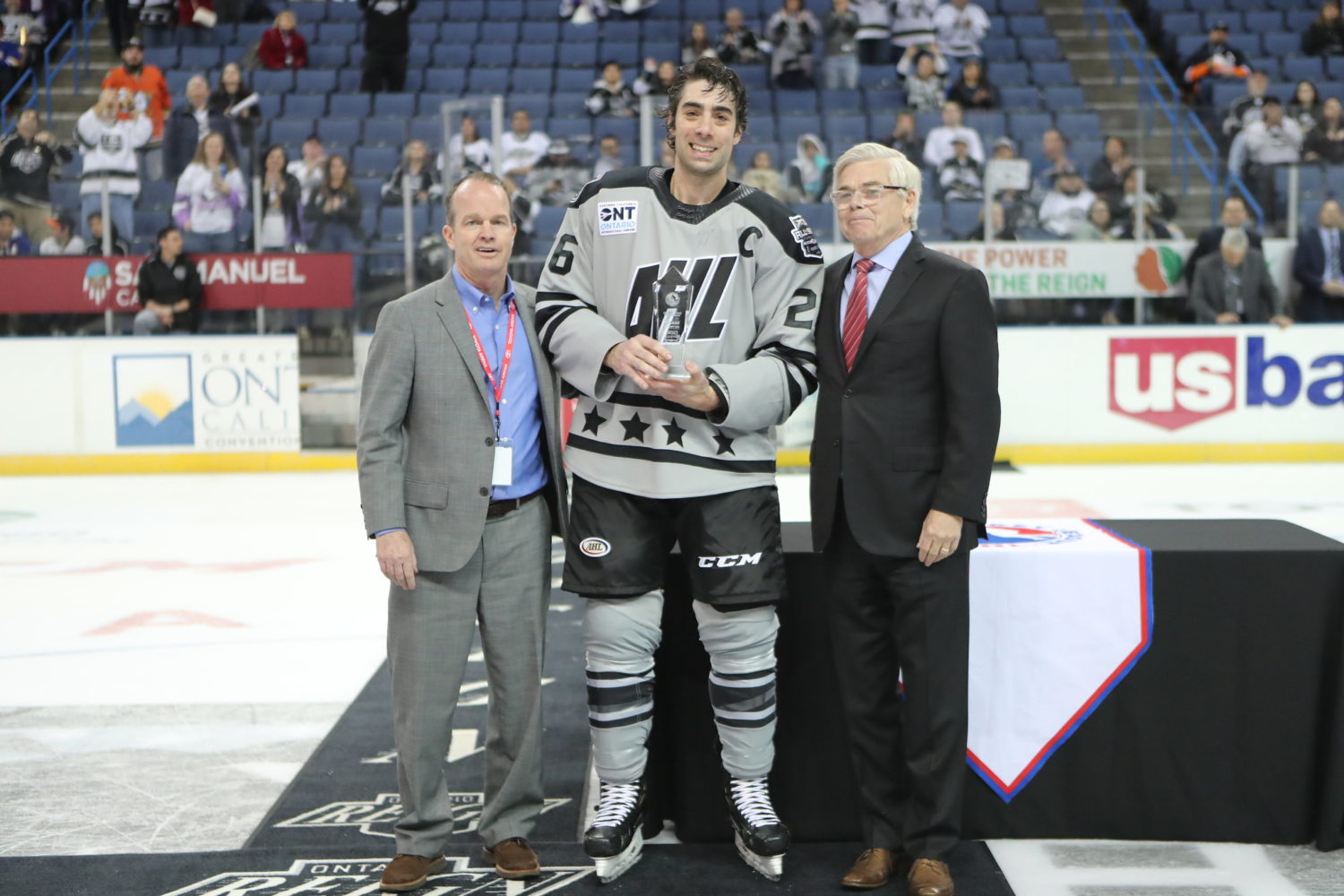 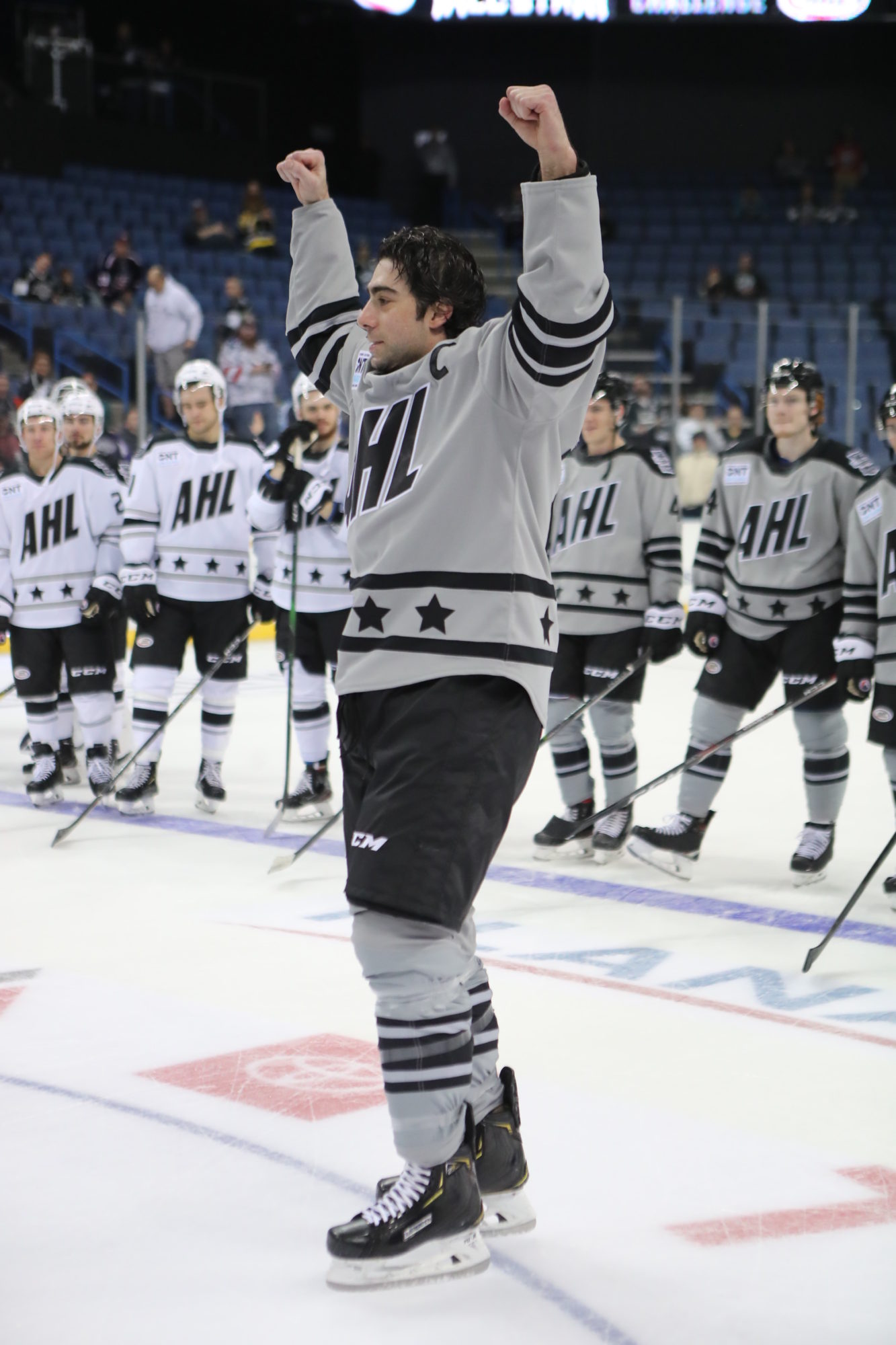