Waking up with the Kings: December 3 - LA Kings Insider

Waking up with the Kings: December 3

Not as planned! The LA Kings couldn’t shake off their road doldrums and fell 4-2 to Anaheim in a game they trailed 2-0 after 10 minutes and could’ve allowed another goal or two over that stretch. Rickard Rakell forechecked the body and soundly knocked Alex Iafallo off a puck before centering to Jakob Silfverberg and forcing Jack Campbell into a difficult arm save 2:40 in. That combination was dangerous throughout the entire period as Matt Roy got a stick in a diagonal passing lane to intercept a Silfverberg feed that would’ve resulted in a high-danger Rakell chance down low. They’d ultimately connect as Rakell picked up a secondary assist on Silfverberg’s blast off a Hampus Lindholm offering that ended Anaheim’s power play drought at 10 and the Kings’ penalty killing streak at 11. Los Angeles picked themselves up in the second period as Kyle Clifford set a good example by winning battles across the ice and getting to the front of the net on a night in which the team didn’t get there regularly. It wasn’t a surprise that two teams capable of forechecking and attached to a heavier style of play for the better part of the decade benefited from the work of their grind-liners, with the two fourth lines combining for three goals on workmanlike low-to-high plays involving screens and rebounds. But there were the familiar pratfalls – they started poorly on the road and yielded a goal on a “bump-up shift” immediately after Kurtis MacDermid’s third career goal – that forced them to play from behind. With a record of 2-11-1 when their opponent scores first and 0-10-1 when trailing after the first period, that’s something they’ve struggled with this season despite their work habits and drive/will/intangibles stabilizing. 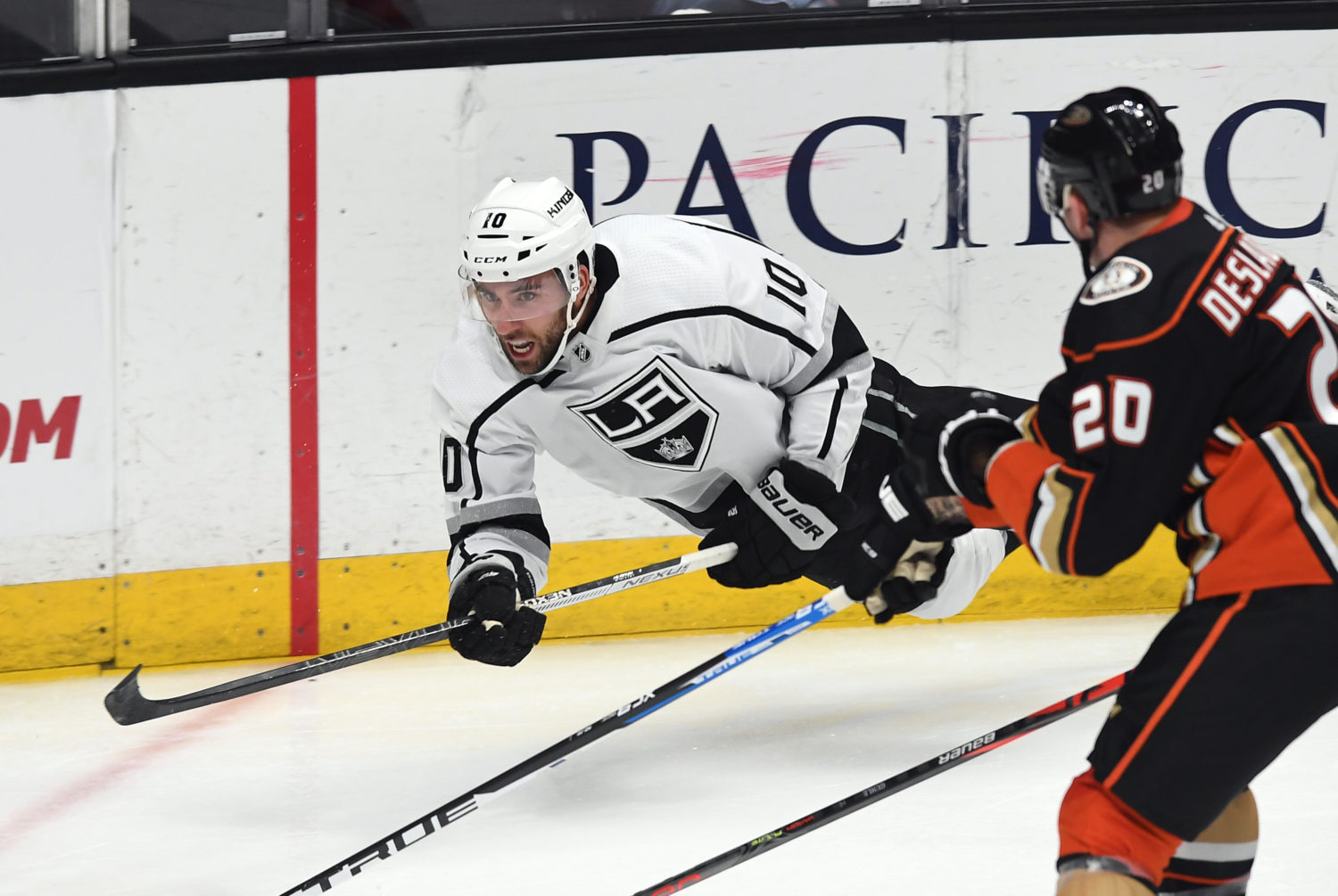 Considering LAKI has been on Prokhorkin Watch for the last two months and has managed to work him into post-game recaps even when he registers one shot in 10 minutes of a loss, I suppose we should talk some Nikolai following a game in which he played 14:07, was bumped up to the Carter/Toffoli line and scored his fourth goal in 11 games by kicking a Sean Walker pass onto the blade of his stick, splitting Korbinian Holzer and Brendan Guhle and deking around Ryan Miller. (To have fun with sample sizes, he ranks 11th in the league among skaters with a minimum of 110 minutes with a personal 1.63 GF/60.) it didn’t take a ton to be noticeable apart from the pack in the first period, but Prokhorkin was, and even though there was a questionable decision to curl back in his defensive zone that led to a turnover along the boards, he was using his skating and puck control to separate himself from his opponents and create space to make plays. He did so along the right hash in the first period before snapping an odd-angle shot on net that created a rebound. From there, he received the puck back at the left point before wristing it towards the net, where it was deflected by a teammate just wide of Ryan Miller. He then won a battle with Nick Ritchie that allowed for a line change (even if the puck wasn’t deposited deeply back into the Anaheim end) in a good attacking work-shift. Prokhorkin has played 11 games, and there are some encouraging and very raw trends. He’s committed to making this work and wants to show that he can play in the NHL, and while there wasn’t much for L.A. to hang their hat on as they fell behind 2-0, Prokhorkin was among those to move their own personal needle forward. 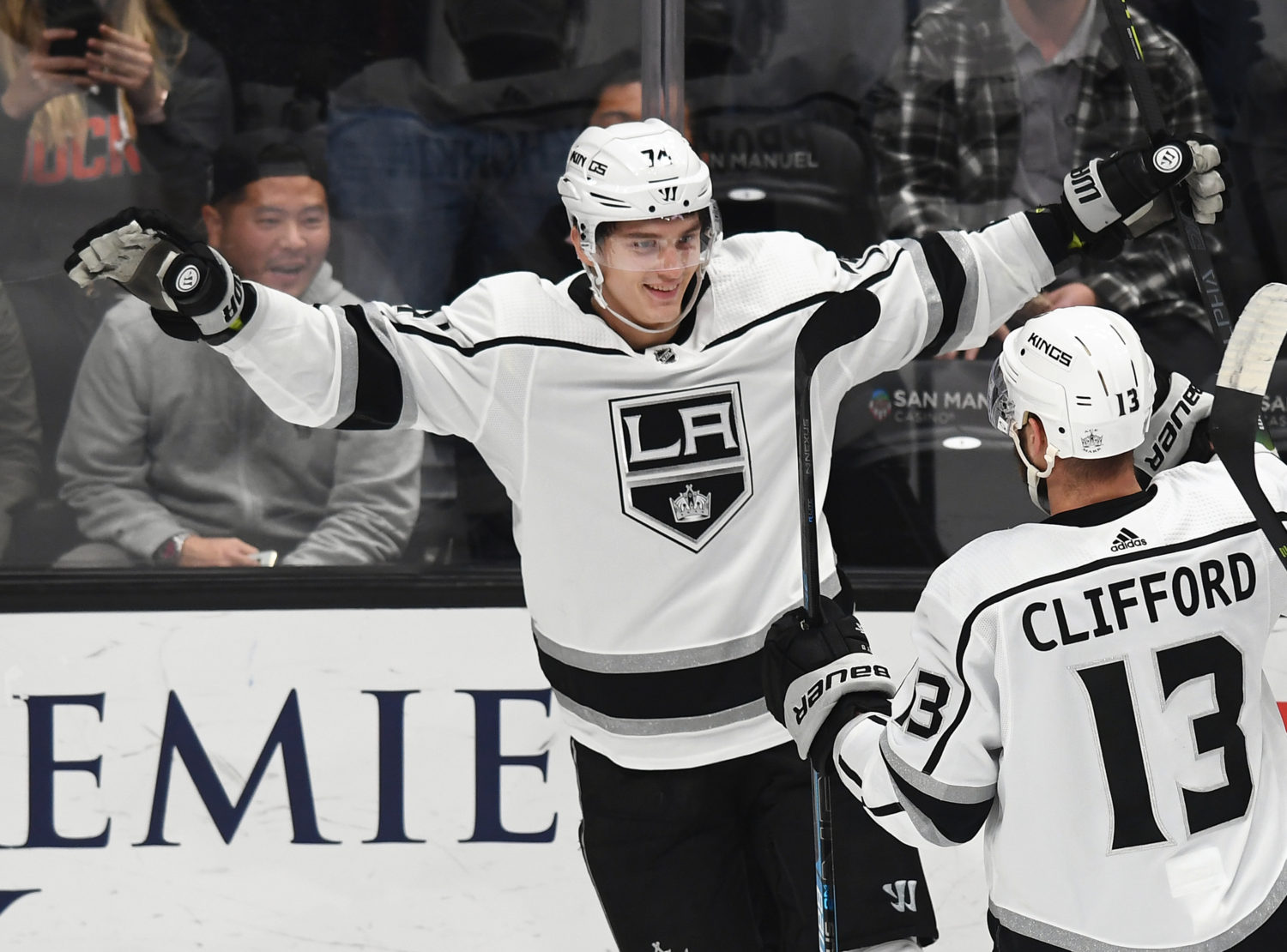 The Ducks scored a pair of goals on their first five shots and three goals on 19 total shots in which a goalie was in net. Sturdy goaltending provided the backbone of November’s gains – it often does – and though both Quick and Campbell have thrived in recent starts against the New York Islanders and Winnipeg, there have been some mixed bags at San Jose and Anaheim that have dropped their all-situational save percentage to .882, tied with New Jersey for the 29th-best rate in the league. Only Detroit at .879 ranks lower; at five-on-five, L.A. ranks 27th at .902. Overall, it does seem as though the goaltending is trending in the right direction, though it’ll still be a struggle to gain any footing on the road with save percentages similar to those against the Sharks and Ducks. If you’re Twitter-inclined (don’t you say that, don’t you EVER SAY THAT, STAY HERE, STAY AS LONG AS YOU CAN) you should follow Sean Tierney’s @ChartingHockey stat visualizations depicting how the Kings fit in among the 31 teams. As always, most of this data doesn’t take into account special teams, so the maypole dance of the Kings’ even strength expected goal rates isn’t a be-all, end-all of evaluation, obviously. But they still do fit in several quadrants of graphs that read “fun” and “unlucky,” even veering towards “good,” and Sean sees the goaltending as capping the potential of a team that’s otherwise graded well in shot, chance and expected goals metrics. Given the team’s more naturally reactive and less hesitant approach to executing McLellan’s system, there do appear to be some positive developments taking root, even if Monday’s game left a sour taste. 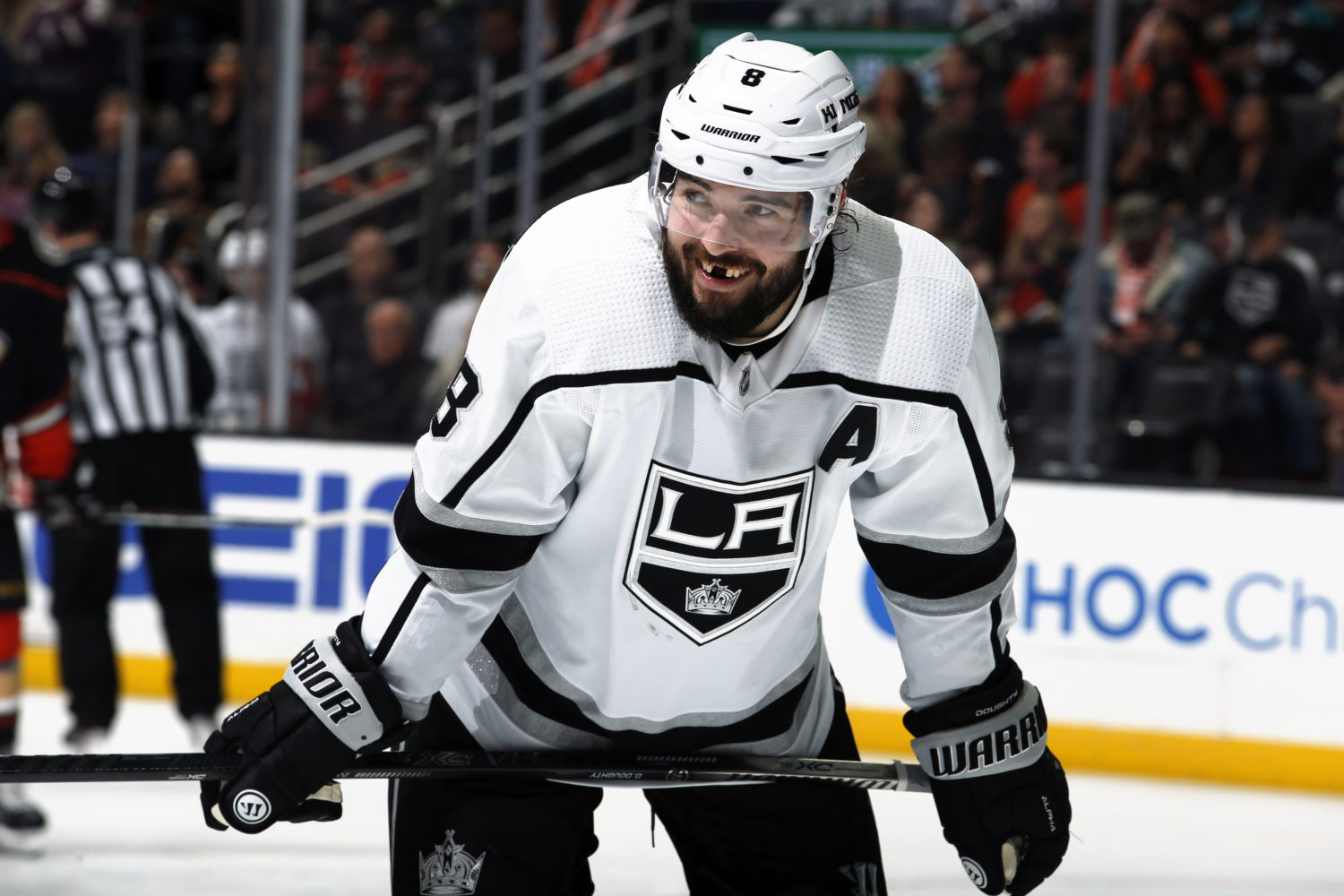