The LA Kings banked on a familiar script to beat the Winnipeg Jets by blitzing through them in the first period to take a 2-0 lead before calling on their goaltender to carry them home in a one-goal win. Like the game in Manitoba one month prior, the ice was tilted and the score could have been wider than two if not for the Jets’ continued goaltending sustenance. Joakim Ryan’s missile and Nikolai Prokhorkin’s putback could have easily been joined by any number of prime scoring chances created early by the Carter-Toffoli combination, or Clifford and Lewis around Prokhorkin, a testament to the four-line rotation that served the team well in a game bereft of power play time. That changed as the game progressed; one team isn’t going to step all over another for 60 minutes, and credit Winnipeg for generating a heavy momentum shift around their second period power plays. But Los Angeles was up by two goals heading into the third period, a scenario that will result in a win roughly 90% of the time. The Jets used the full ice after winning a defensive zone draw to pull within one, and though Mark Scheifele had multiple chances as the visitors got their legs going over the second half of the game, Campbell denied his late Grade-A looks from the slot and, of course, his one-on-one point-blank backhand as time expired. It resulted in the Kings’ record in silver alternate jerseys – with or without the gold trim – improving to 25-11-0. Maybe the Taylor Swift banner should’ve been made out of them. 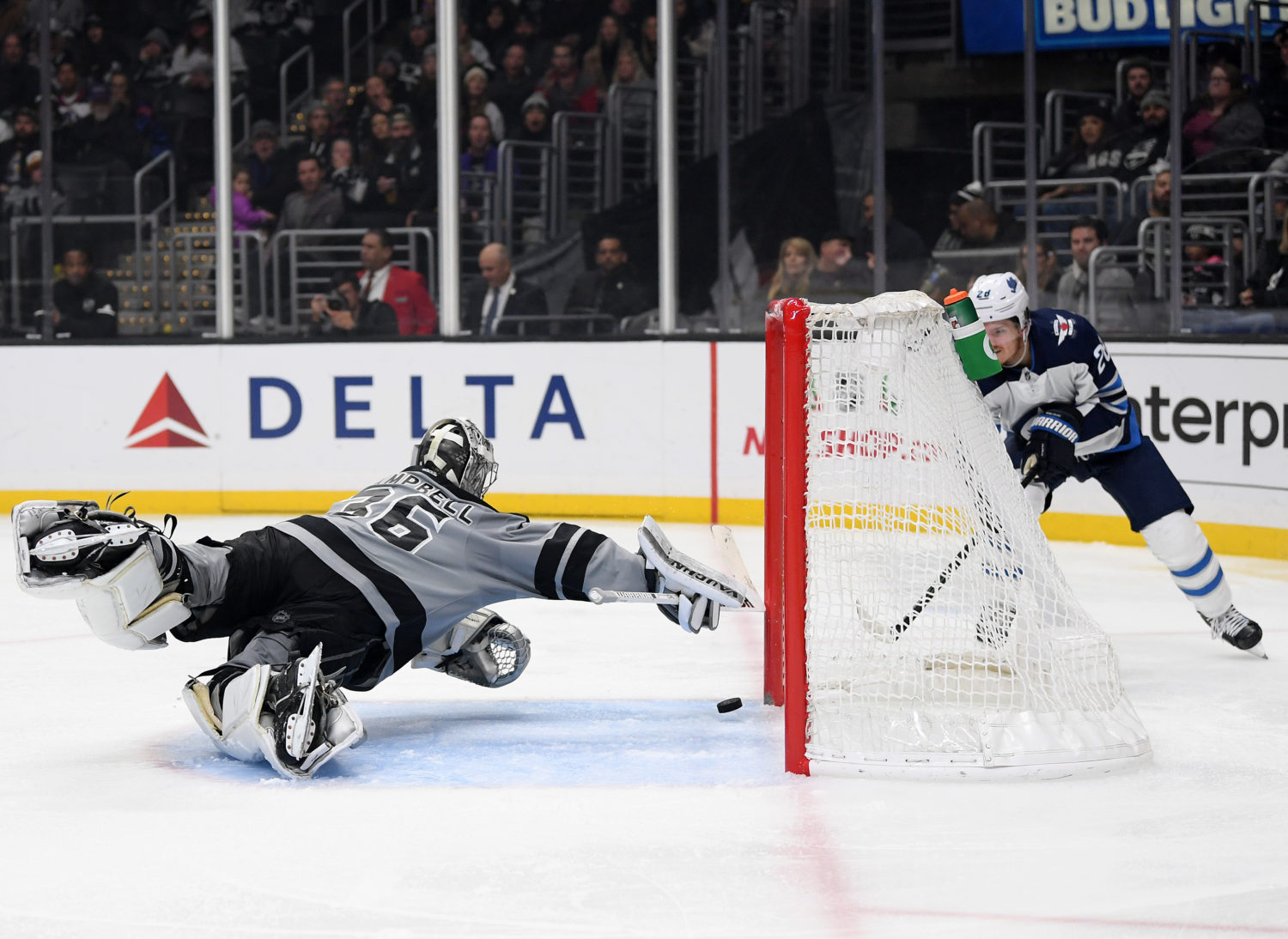 We’re all waiting for some more road data. Their most recent returns haven’t been great, but the San Jose game was a toss-away-the-tape type of game, according to Todd McLellan, who on Saturday morning articulated the challenges of making sense of a game in which they had momentum yet trailed, 3-0, having allowed single-digit shots. “It was just one of the most bizarre games I think that I’ve been involved in – like, it was just strange,” he said. The Arizona game before that wasn’t very good. But with 11 of the next 14 on the road, there’s finally enough sample size where they’ll be able to regularly send out their depth without benefit of last change and get a more complete view of what they have at their disposal. “I think it’ll be a great evaluating tool for management, for the coaching staff and for the players,” McLellan said. “Personal evaluation and team evaluation – where do I fit now in the league? We’re a third done, and it’s time to reflect a little bit.” Los Angeles has been quite good at home, but Saturday’s game was their first of 11 home games during a 35-game stretch that concludes when these teams wrap up their season series at Winnipeg on February 18. 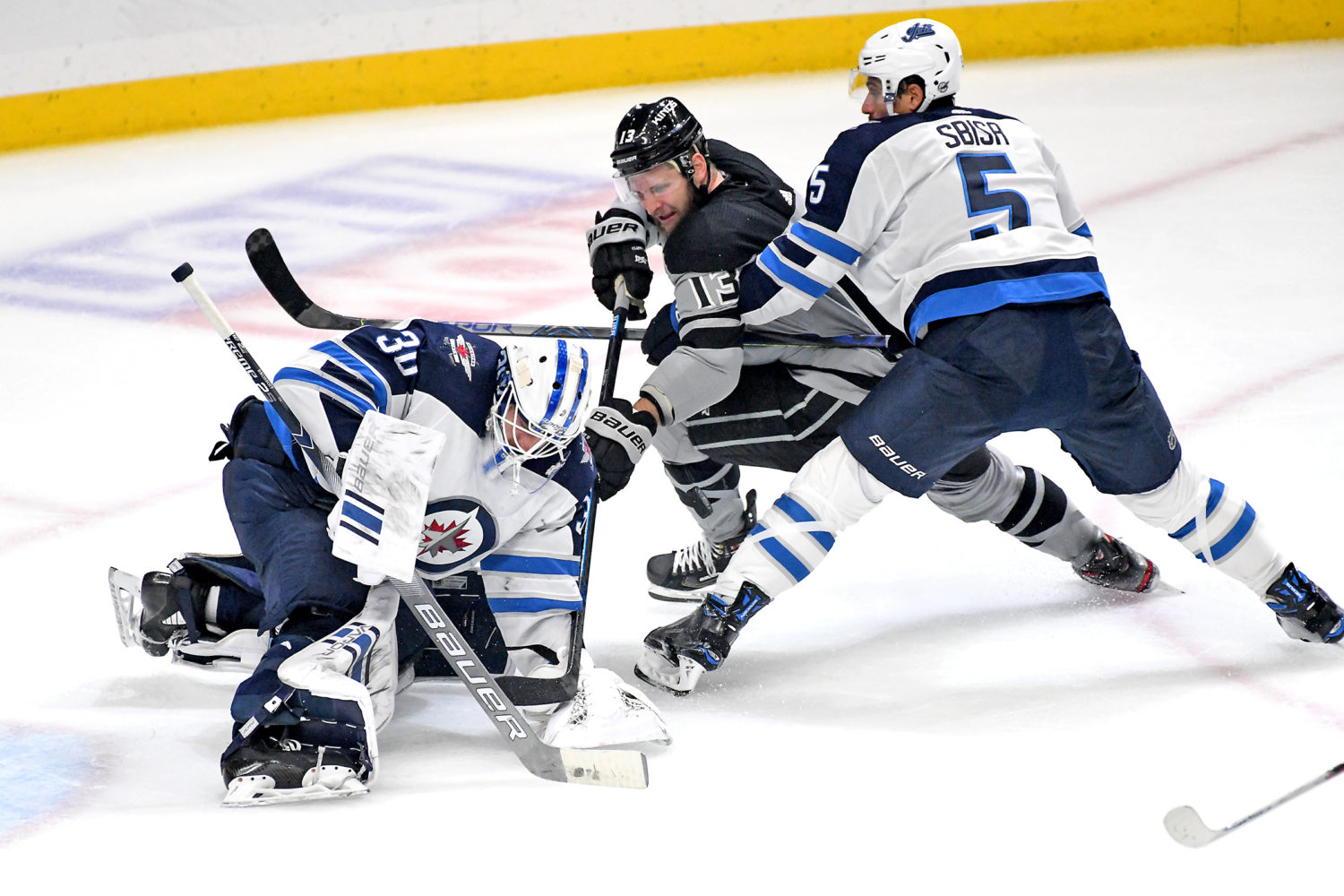 The Kings’ play has largely been structured and committed and appears relatively healthy. There are holes and depth challenges; even amidst a nice little penalty killing run, their special teams have been poor and their goaltending inconsistent. But they’ve shown – at home, at least – an ability to match up well against those above them in the standings and whose play trended well entering Staples Center. Their .922 5×5 save percentage ranked 15th in the league in November, and while that’s a middle-of-the-road number, it’s a stark improvement from their 28th-best 5×5 rate in October and a major influence in their 7-5-2 record this past month. Their opponent on Monday, Anaheim, was 3-6-4 in November largely due to a save percentage that uncharacteristically dipped to .909 in five-on-five play. “Out of the group of the three teams, San Jose, L.A. and Anaheim were probably in that order by how they’re playing,” Barry Trotz said after the New York Islanders completed their California swing. There are no easy nights in the NHL, and certainly not for teams in 28th place. But there’s a good test that awaits Monday for a team certainly capable of transferring exactly what they’ve showed at home into more hostile environments. 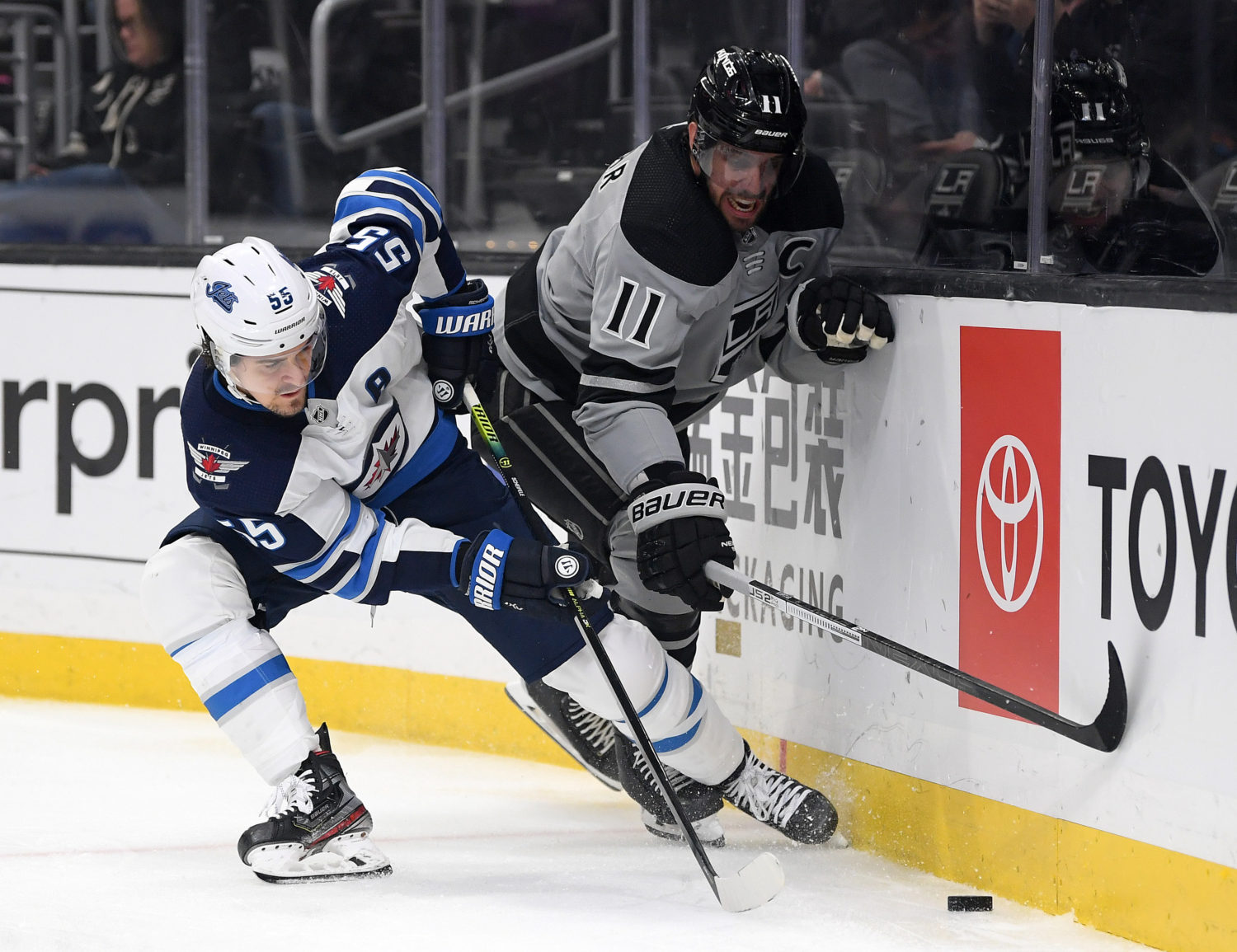