Insiders. May you arrive safely wherever you may be headed this holiday. The LA Kings face the New York Islanders at Staples Center tonight (7:30 p.m. / FOX Sports West / FOX Sports GO / LA Kings Audio Network), and while changes are coming to the lineup, today’s morning skate was optional and thus provided only hints, not confirmations, towards the groupings. If you’d like a confirmation, it’s that Reign Insider Zach Dooley and I are indeed the same height. A video, which puts this to rest:

— The vitals: Bill Ranford skated in lieu of Jonathan Quick, so expect Quick to face the Islanders, against whom he’s 5-3-2 in 10 career outings with a 2.20 goals-against average and a .915 save percentage. Paul LaDue, Ilya Kovalchuk and Nikolai Prokhorkin remained on the ice for extra work with Jack Campbell and aren’t expected to play tonight. With Martinez out there will be some shuffling on the blue line, but that’s not as easy to project. Up front, you might see a forward group of Iafallo-Kopitar-Brown, Luff-Carter-Toffoli, Kempe-Lizotte-Wagner and Clifford-Amadio-Lewis. You might not.

— Their vitals: New York’s 15-0-2, 17-game point streak ended with Monday’s 3-0 shutout in Anaheim. They’ve actually very quickly evolved into a team mired – MIRED – in a two-game winless streak that began with an overtime loss in San Jose last Saturday, so one would expect them to put up a good fight as they look to salvage their three-game California trip. “That team is obviously a very good team and they just had something special stopped, so I’m sure they’re going to respond properly and want to start their own streak again, so we’ll have our hands full,” Todd McLellan said.

Via Andrew Gross of Newsday, expect the Islanders to line up with forward groups of Lee-Barzal-Bailey, Beauvillier-Nelson-Brassard, Dal Colle-Komarov-Eberle and Martin-Cizikas-Clutterbuck with defensive pairings of Dobson-Boychuk, Pelech-Pulock and Toews-Mayfield. Nick Leddy, a prominent figure in LA Kings postseason history, is a game-time decision tonight, per Barry Trotz.

Anaheim's play-by-play guy (John Ahlers, I believe) casually breezing over "And for the Islanders, Pelech paired w/ Pulock. There oughtta be a law. Puck in deep behind…" was really fantastic. Play-by-play guys don't get nearly enough credit, man is that a tough job to do well.

New York is 14-0-1 when scoring at least three goals and 2-4-1 when scoring two or fewer. Under Trotz, they’re 52-2-3 when scoring at least three. The Islanders ranked 28th in the league in all-situational save percentage in 2017-18, led the league in that stat last season, and currently rank fifth with a healthy .920. Casey Cizikas, a perennial candidate for the Casey Cizikas Fourth Line Excellence Award, has four goals and seven points in 17 games. Apart from 19-year-old rookie Noah Dobson, Islanders defenseman range between an average of 17:37 (Boychuk) and 21:48 (Pulock) time on ice per game.

On the roster moves:
Obviously, we needed a defenseman, and Paul LaDue is that defenseman. He’s got some experience. We think we need that right now. Also, a righthanded shot, so that helps us in that area. So, he’s been recalled, and Luffer’s back up again, and he’ll get a chance to play tonight. I thought he played well when he was here. We’re just rotating some players in and out, and we think that when they get a chance to play, they give us really good games.

On the team taking advantage of the AHL team’s proximity with the Luff/Grundstrom swap:
It works well for the organization, it probably doesn’t work so well for the player. Obviously anybody wants to be in the National Hockey League, not the American League, but the ability to play some here, play some there, different situations – there you might play on the power play, here you might not. Penalty kill, gain experience in different areas. Not always does the player understand that when it’s occurring, but in the long run it could very well help them. [Reporter: Like tonight, for instance. Grundstrom gets a chance to play tonight as opposed to sitting out tonight.] Exactly, and he still has the ability to do that with waivers, and there’s a good chance he’ll be on the power play down there and see a few more minutes than he would here, so it only makes sense.

On whether he articulates the changes in ice time and raised opportunity to the players:
I believe individually that it’s more powerful when it comes from them and from within. If they realize that, and they notice it and accept it and apply it, then you’ve found something. If you’re giving them direction, at least to start with, you never really know who’s stepping up. They might be doing it because their coach asked them to. So, initially we’ll let them go and let them apply their trade and maybe we’ll find leaders, maybe we’ll find players that are a little more aggressive now that Alec isn’t there.

On the New York Islanders:
They check to win. That’s what they do. They check to win. They don’t give up much. Physically they win a lot of battles in tight areas, they stand over top of pucks, they’re not getting pushed off anything, they follow their system to a T, they’re very well structured and they get good goaltending. Sounds like a team that can win every night – and they can. 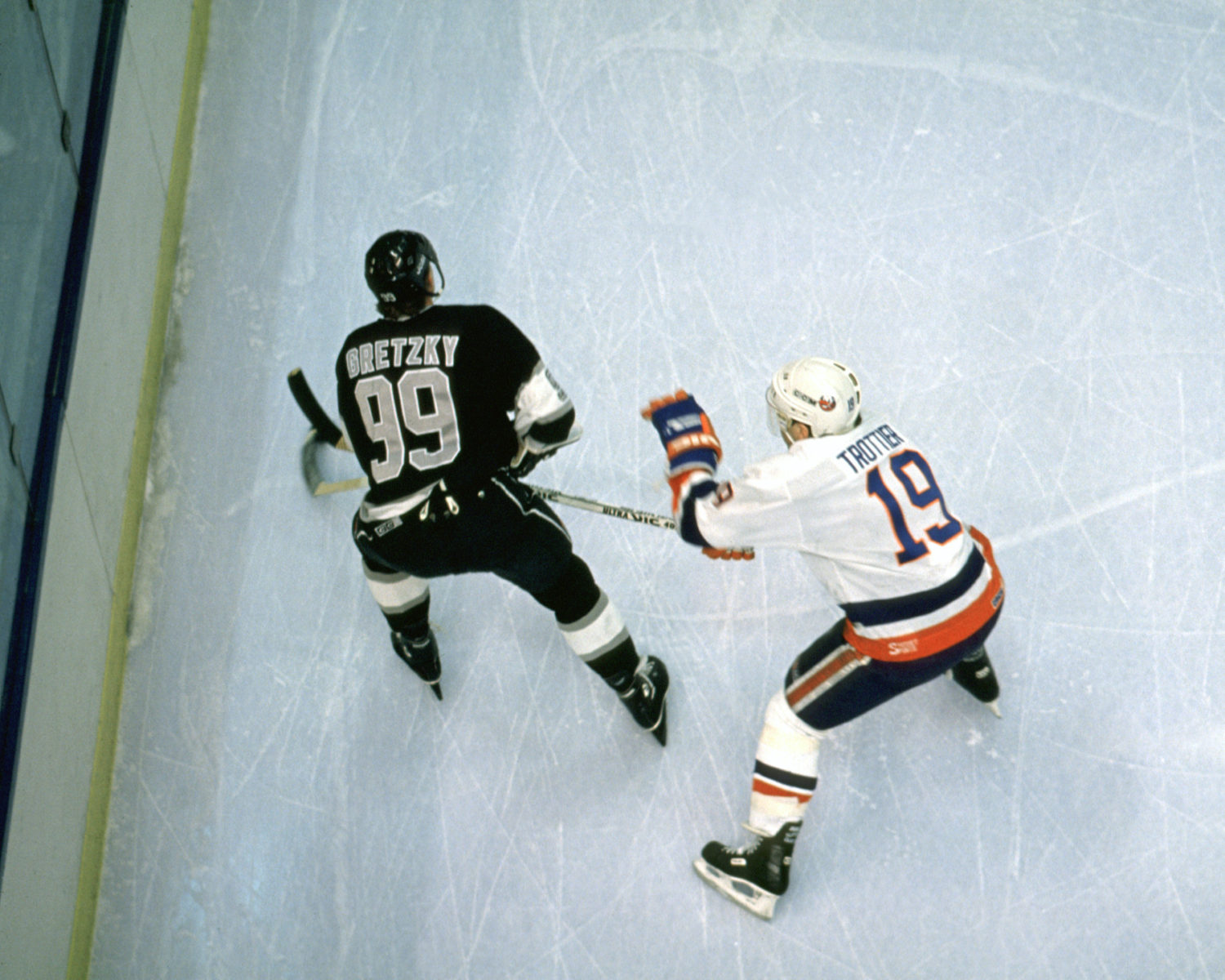